Kanye West explains what exactly he likes about Trump

Kanye West likes only half of what President Trump does.

The half he likes? “The ability to do what no one said you can do, to do the impossible,” he told T.I. when asked, in a video about the rappers’ recent collaboration.

In the video, published Monday, West discusses his political views with T.I. The rappers disagree with each other, and their disagreement is the subject of their song “Ye vs. the People (Starring TI as the People),” in which West raps lines like “Make America Great Again had a negative perception/I took it, wore it, rocked it, gave it a new direction” and “See, that’s the problem with this damn nation/All blacks gotta be Democrats, man/We ain’t made it off the plantation.” 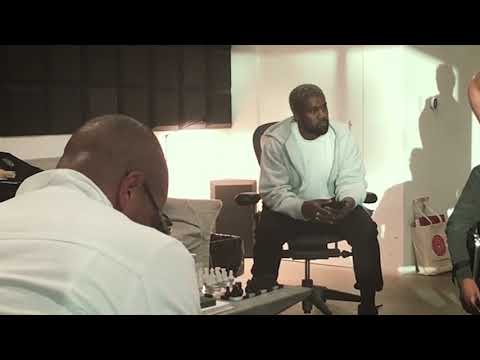 T.I.’s verses are a response: “You gotta see the vantage point of the people/What makes you feel equal makes them feel evil.”

Since West went MAGA on Twitter last week and caught the attention of Trump, his intentions and the source of his beliefs have been an open question. Is his support of Trump political? Is it cultural? It it a marketing ploy for the multiple forthcoming mini-albums he said he’ll release this summer?

His conversation with T.I. suggests he admires Trump as a fellow polarizing figure, someone who defies norms and expectations. And in a nearly one-hour interview on TMZ Live Tuesday – in which he also said slavery was a choice and called former President Obama an “opioid” – West said wearing the MAGA hat was him “doing something everybody tells you not to do” and an attempt to “make America great in my own way.” But West has also shown an interest in conservatism.

Photos online showed him Saturday in Los Angeles with Turning Point USA’s Candace Owens and Charlie Kirk. West has retweeted conservative Ali Alexander. He tweeted a screenshot of a conversation with “tmills” talking about black conservative thinker Thomas Sowell. And an internet browser tab he briefly panned to in a Twitter video of himself sharing new music with TMZ was for Canadian conservative thinker Jordan Peterson.

West has also tweeted screenshots of text conversations about political parties. One was a conversation with someone named Steve who wrote, “Abe Lincoln freed and protected the slaves and he was Republican. Republicans were the ones who’s helped black people. Democrats protected the rights of the slave owners in the south.”

A later tweet showed a text from John Legend, who wrote, “Abraham Lincoln was indeed a Republican. They love bringing that up to deflect from the fact that now the Republicans have become the party of the Confederacy. They defend the Confederate flag and oppose civil rights advances almost uniformly. When Lyndon Johnson (a Democrat) signed the Voting Rights Act and Civil Rights Act into law, he acknowledged that the Democrats would probably lose the south for a generation. And eventually he was right.”

Those two tweets have since been deleted.