Quickly catch up on the day’s news 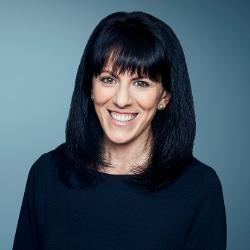 Here’s what you might have missed on CNN today:

– The White House accused Russia of trying to cover up chemical attacks in Syria. At the daily White House news briefing, press secretary Sean Spicer said Hitler “was not using the gas on his own people the same way that Assad is doing.”

– The CEOs of T-Mobile and Sprint said a proposed merger of their companies would not raise prices for consumers.

– President Donald Trump is “just asking” if the upcoming meeting with North Korean leader Kim Jong Un should be at the Korean border.

– Trump welcomed the President of Nigeria to the White House. This is the first time the President has hosted an African leader since his alleged “shithole countries” remark.

– Watch this juror explain that it was Bill Cosby’s own words which sealed the comedian’s fate.

– Partisans on both sides of the aisle were shocked over this comedian’s speech at the White House Correspondents’ Dinner. But, perhaps, her most damning line was about this American city that still doesn’t have clean water.

– Trump trashed immigration laws in the US as migrants who traveled with a caravan to the US-Mexico border vowed to wait there until they are granted asylum.

– Dozens were killed in attacks in Afghanistan. A BBC reporter and a famed photographer were among the dead.

– The mystery of the missing White House tree has been solved.

– A Brazilian surfer set a world record for the biggest wave ever surfed after he dominated this 80-foot monster.