Mike ‘The Situation’ Sorrentino is engaged

The couple announced their engagement Thursday

They were college sweethearts

We’ve got a love situation on our hands.

“Jersey Shore” star Mike “The Situation” Sorrentino announced Thursday that he is headed to the altar with Lauren Pesce.

“GYM TAN WE’RE ENGAGED!!,” the caption read on a photo showing the couple on a merry-go-round.

Another photo features Sorrentino down on one knee in front of his future bride.

“I said YES,” the caption read. “Love you forever @mikesorrentino.”

The pair were college sweethearts who split as he rose to fame with the MTV reality series, and reunited after the show ended in 2012.

But it hasn’t all been smooth sailing for the couple.

They have had to weather the storm of his addiction to prescription medication, which landed Sorrentino in rehab in 2012.

The pair took their relationship issues to TV by appearing in a season of “Marriage Boot Camp: Reality Stars” in 2015.

“There was a lot of women but no substance,” Sorrentino said during an interview to promote that show, about his early days as a reality star. “[Pesce] was sort of my first love.” 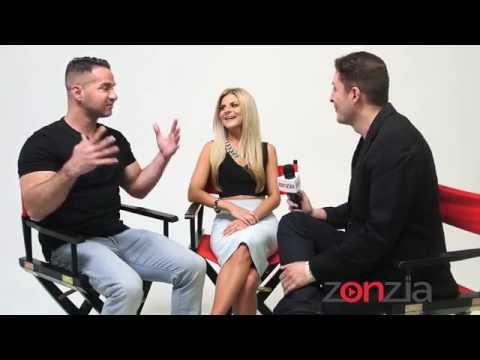 He is back on TV with “Jersey Shore Family Vacation.”

One of the storylines is about Sorrentino having pleaded guilty to tax evasion in January. He has yet to be sentenced, but is facing up to five years in prison.