Don Blankenship, the coal executive recently released from federal prison and now running for US Senate in West Virginia, this week accused Senate Majority Leader Mitch McConnell of having conflicts of interest in foreign relations because his father-in-law is “a wealthy Chinaperson.”

Blankenship, one of three GOP leading candidates in the May 8 primary to take on Democratic Sen. Joe Manchin in this year’s midterm elections, brought up McConnell’s marriage to Transportation Secretary Elaine Chao in a radio interview Monday.

He told host Dimitri Vassilaros on West Virginia’s 106.3 FM that McConnell’s marriage raises “the potential for conflict of interest” in Trump’s trade war with China.

“I have an issue when the father-in-law is a wealthy Chinaperson and there’s a lot of connections to some of the brass, if you will, in China,” Blankenship said.

“I read in books that people think he’s soft on China,” he added. 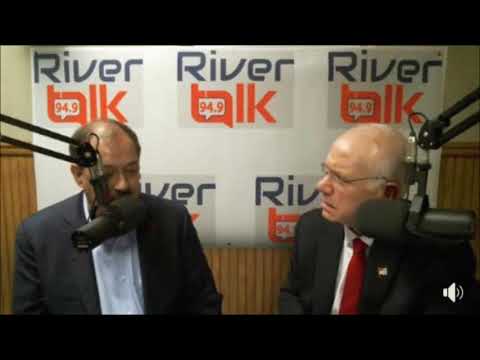 Chao’s father, James Chao, was born in China but moved to the United States before launching his shipping company, the Foremost Group, in New York. ProPublica reported in 2016 that the company has done business in China, but a spokesman for Elaine Chao told the news outlet at the time that there was no conflict in her duties as transportation secretary and that Chao had no “ownership stake” in the company. Elaine Chao was 8 years old when she immigrated to the United States from Taiwan.

“This candidate is as contemptible a human being as you will find,” Holmes tweeted.

This candidate is as contemptible a human being as you will find. #wvsen https://t.co/JRYeoG7uqr

A Blankenship spokesman didn’t immediately respond to a request for comment; a McConnell aide pointed to Holmes’ tweet.

Blankenship, the former CEO of the Massey Energy Company, spent a year in prison on charges stemming from a mine collapse that killed 29 coal workers. He was released from prison in May 2017.

Blankenship’s own fiancée, Farrah Meiling Hobbs, was born in China and moved to the United States in 1996, The New York Times reported this week.

The newspaper also highlighted Blankenship’s comments during his trial, from an interview recorded in 2009, in which he said he was considering moving to China, calling the country’s “dictatorial capitalism” “very effective” and saying he’d opened a bank account there.

“I’m actually considering moving to China or somewhere and being more like George Washington if I can get citizenship,” he said in the 2009 interview. “I can probably get citizenship in India. I’d rather be in China.”

A Fox News poll released Tuesday showed Jenkins leading with 25% support, followed by Morrisey at 21% and Blankenship at 16%.