Despite all the tough talk on his Twitter feed, President Donald Trump is worried he’ll be impeached when the Democrats take over the House next month. A source close to Trump told CNN the President sees impeachment as a “real possibility.” White House aides are more concerned about the federal investigation involving ex-Trump attorney Michael Cohen than Robert Mueller’s Russia probe. While they don’t believe Mueller’s collusion investigation would lead to impeachment, they do worry that the Cohen case – involving alleged campaign finance violations – just might. So far though, Trump’s allies in the GOP are just kind of shrugging at all of this, and the President is convinced that even if he’s impeached in the House, the GOP-led Senate wouldn’t convict him.

Meantime, Trump downplayed talk he’s getting ready to fire special counsel Robert Mueller or Deputy Attorney General Rod Rosenstein; “They’re still here,” he said. When questions turned to Russia, he used his go-to phrase – “no collusion” – FIVE times. Speaking of Russia, senior administration officials told CNN the President personally made the decision to dump the plan to hit the Russians with more sanctions after the Syria chemical weapons attack. Trump also is facing backlash for using the word “breeding” when discussing cities that don’t cooperate with the feds to deport undocumented immigrants.

Theresa May will meet with European Union leaders today as the embattled British Prime Minister hopes to find a way to renegotiate her Brexit deal. There was supposed to have been a vote on the deal today in Parliament, but May pulled it after it became apparent it would fail. And it’s not clear her attempts at reworking it will work either, with some EU leaders already saying the current deal is the best one she’s going to get. There’s real talk now among some British lawmakers of holding a second Brexit referendum and real fear that the UK could tumble out of the EU in March without a deal, an outcome that could be disastrous for the British economy.

The man likely to become Cuba’s next President may not carry the Castro name, but he’ll uphold the Castro ideology. Cuban First Vice President Miguel Diaz-Canel was nominated by the country’s National Assembly to replace Raul Castro as the island nation’s leader. He’s a 57-year-old technocrat who said he believes “in continuity,” dashing the hopes of those wishing that a change in leadership could lead to reforms. And Raul Castro is still expected to exercise a large measure of control over the Cuban government.

Chemical weapons experts still haven’t been able to get into Douma, the site of a suspected gas attack on civilians. The latest delay was caused by gunfire on a UN security team. It’s not clear now when the team of experts from the Organization for the Prohibition of Chemical Weapons will be allowed into the city. And that’s concerning because there’s fear all the physical evidence of an attack might be gone by the time a team gets in. About 75 people were killed in the attack, for which Syria and Russia were blamed. The US, UK and France retaliated last week with missile strikes.

As investigators piece together what happened to the engine on a terrifying Southwest Airlines flight that turned fatal, the flying public has to be asking: What about the thousands of other jet engines in service right now? The Southwest jet engine showed signs of “metal fatigue,” and this type of thing has happened before on at least one other Southwest flight. So, the airline’s going to start doing intensive inspections of its planes’ engines. The FAA last night said it would issue a directive requiring inspections of certain kinds of plane engines.

Editor’s note: We’re grateful to our readers who are aviation experts and who pointed out a line in yesterday’s newsletter that implied the pilot regained control of the plane only after it dropped from about 30,000 feet to 10,000 feet. It’s standard procedure in an emergency to descend to 10,000 feet, which is what the pilot, who’s being praised for her “nerves of steel,” did.

Looks like Steven Spielberg is joining the superhero craze. He’s getting involved in “Blackhawk,” from the DC Universe.

He needed a kidney and made a desperate plea. Thankfully, a classmate he hadn’t seen in five decades answered the call.

First, it was “Total Request Live.” Now, MTV’s bringing back “YO! MTV Raps” for the Migos generation.

That “Three Billboards” movie was inspired by an actual cold case, and police just doubled the reward in the real-life mystery.

Living the California lifestyle is awesome – until giant tumbleweeds roll into town and darn near take over.

A Minnesota prosecutor will announce today whether anyone will be charged in pop legend’s April 2016 death.

The number of Amazon Prime members, revealed for the first time by CEO Jeff Bezos in a letter to shareholders

I need a doctor

“This action goes against our very foundation.” 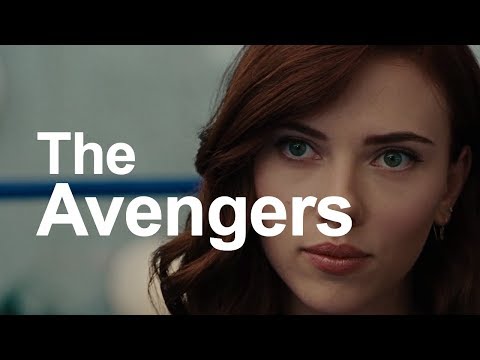 Someone with a little (too much) time on his hands mashed up the intro from “The Office” with scenes from “The Avengers” movies. (Click to view.)