“Ten days ago, President Trump said the USA’s will is to disengage from Syria. We convinced him that it was necessary to stay,” Macron said, during a two-hour televised interview with several French media outlets.

On Friday, the United States, France and the United Kingdom launched a series of strikes on a research laboratory and two storage facilities associated with Syria’s chemical weapons program.

Satellite images of the facilities, located west of Homs and near the capital Damascus, before and after the strikes appear to show they suffered extensive damage. 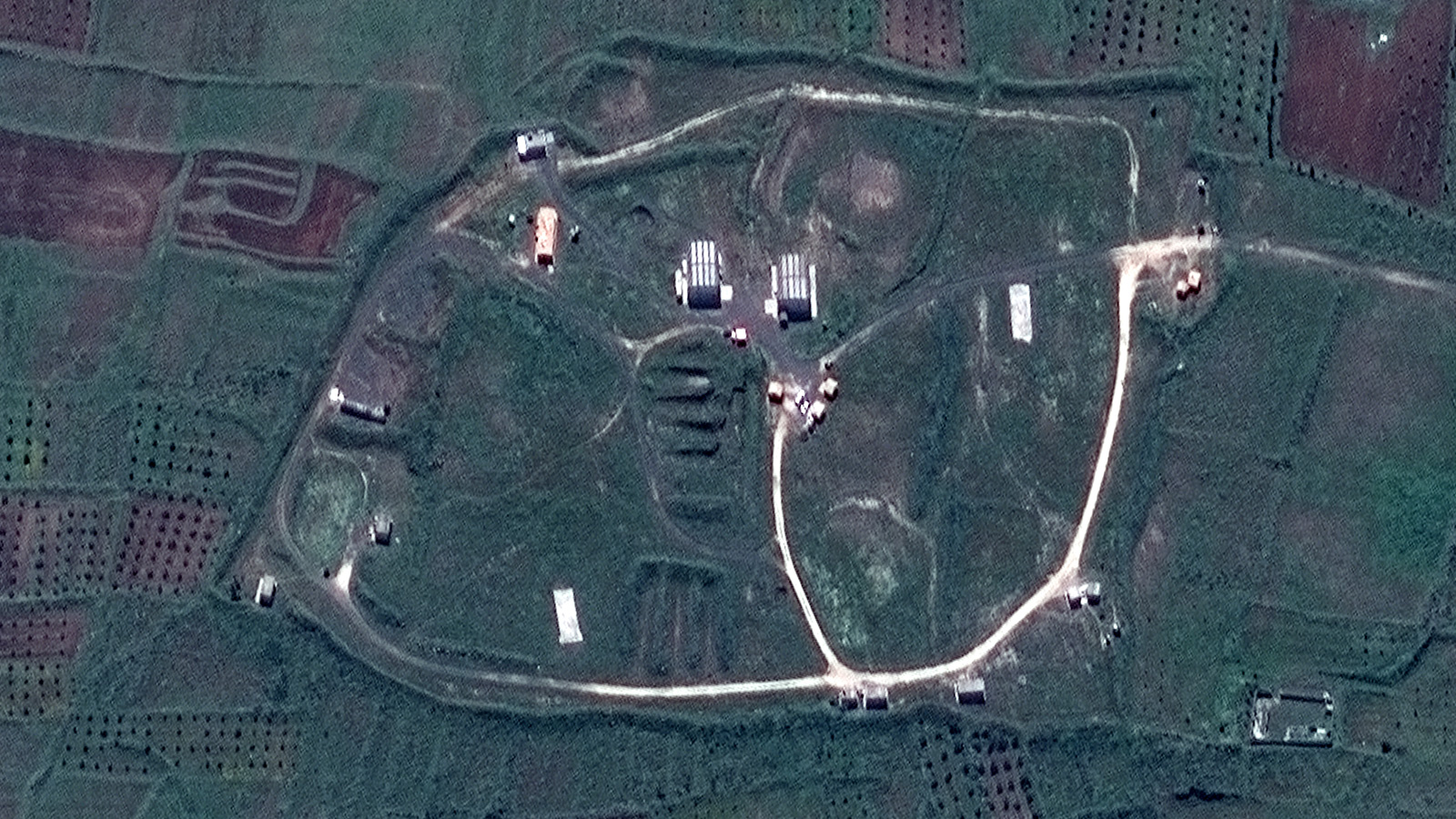 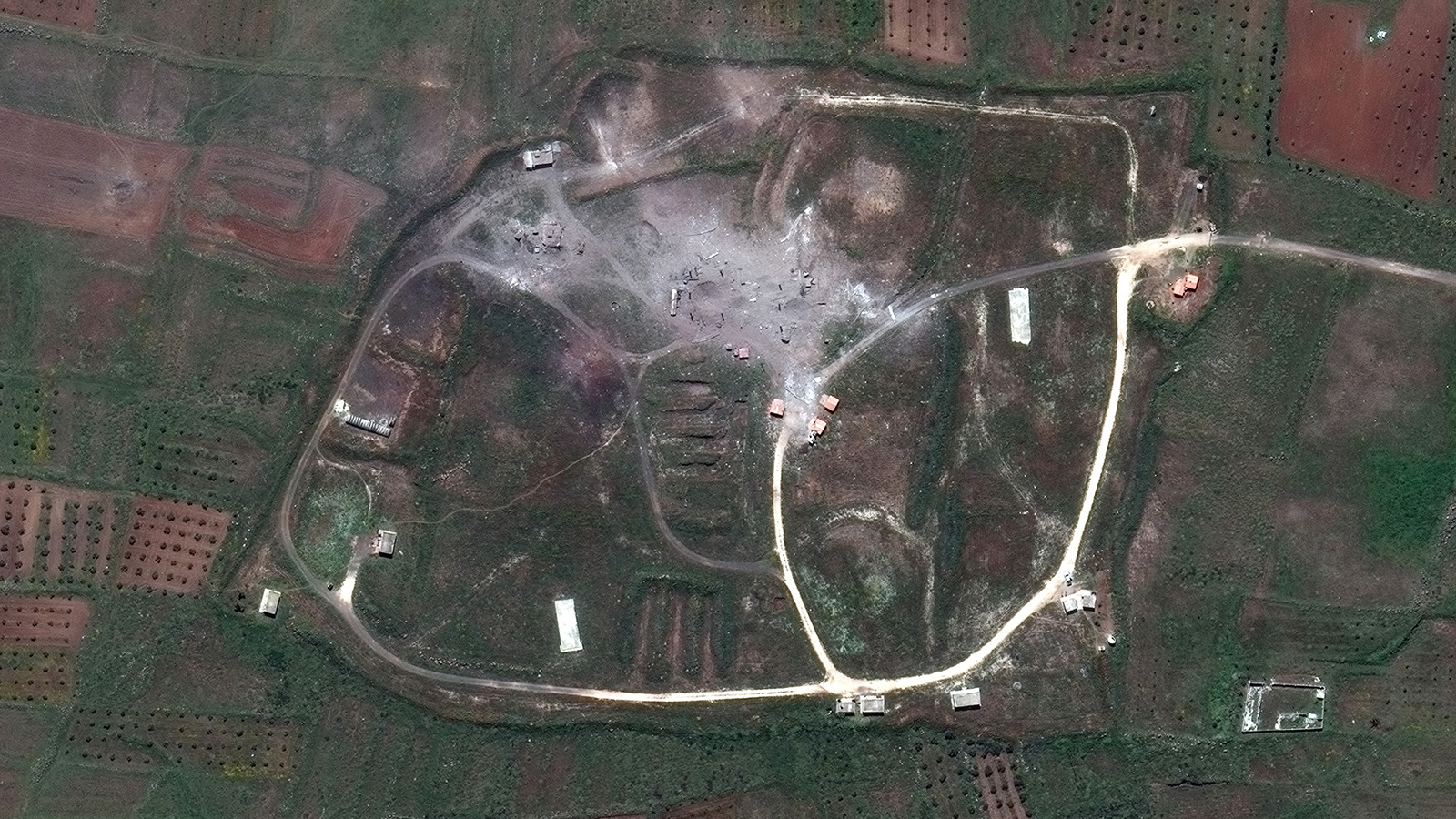 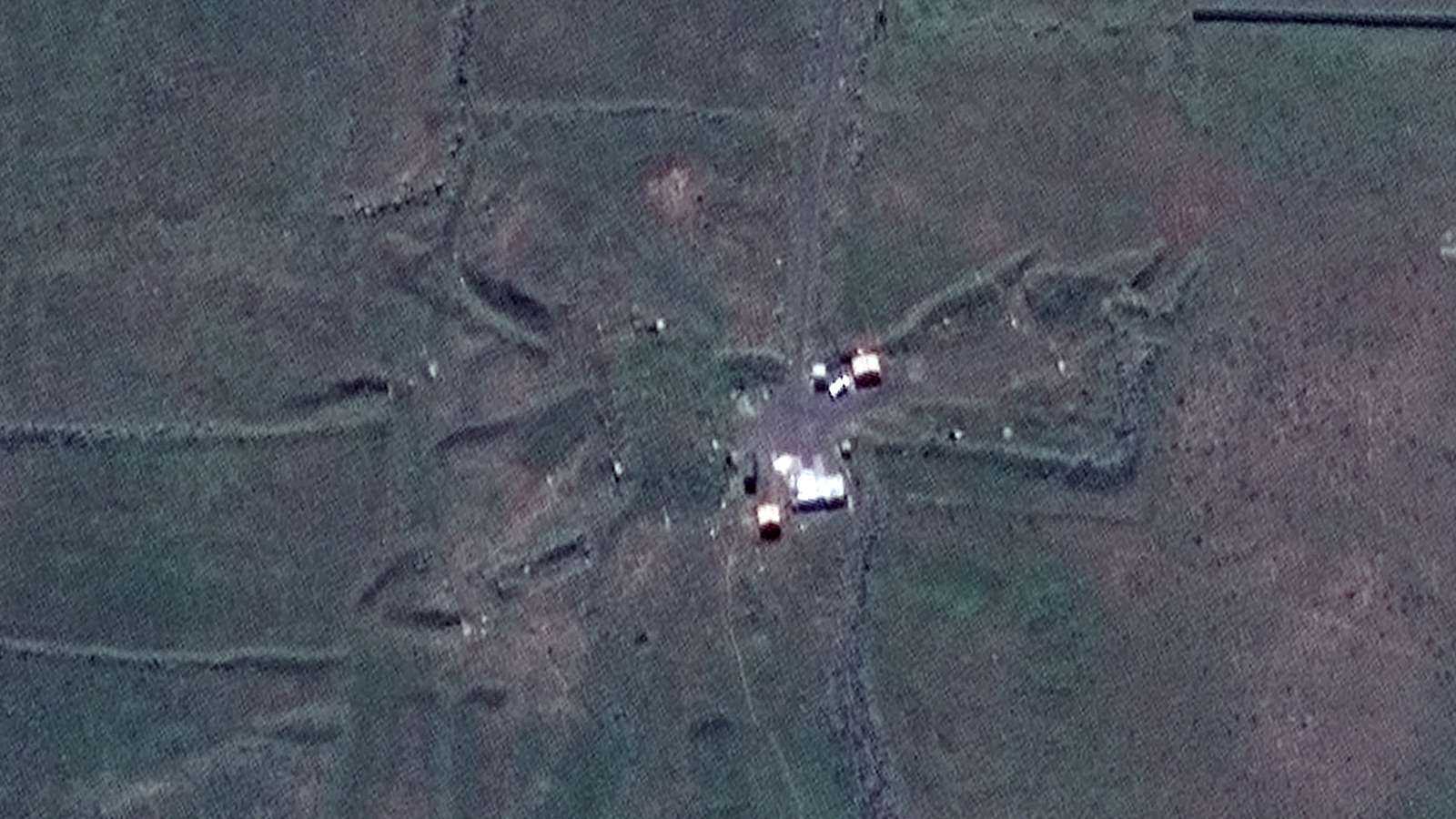 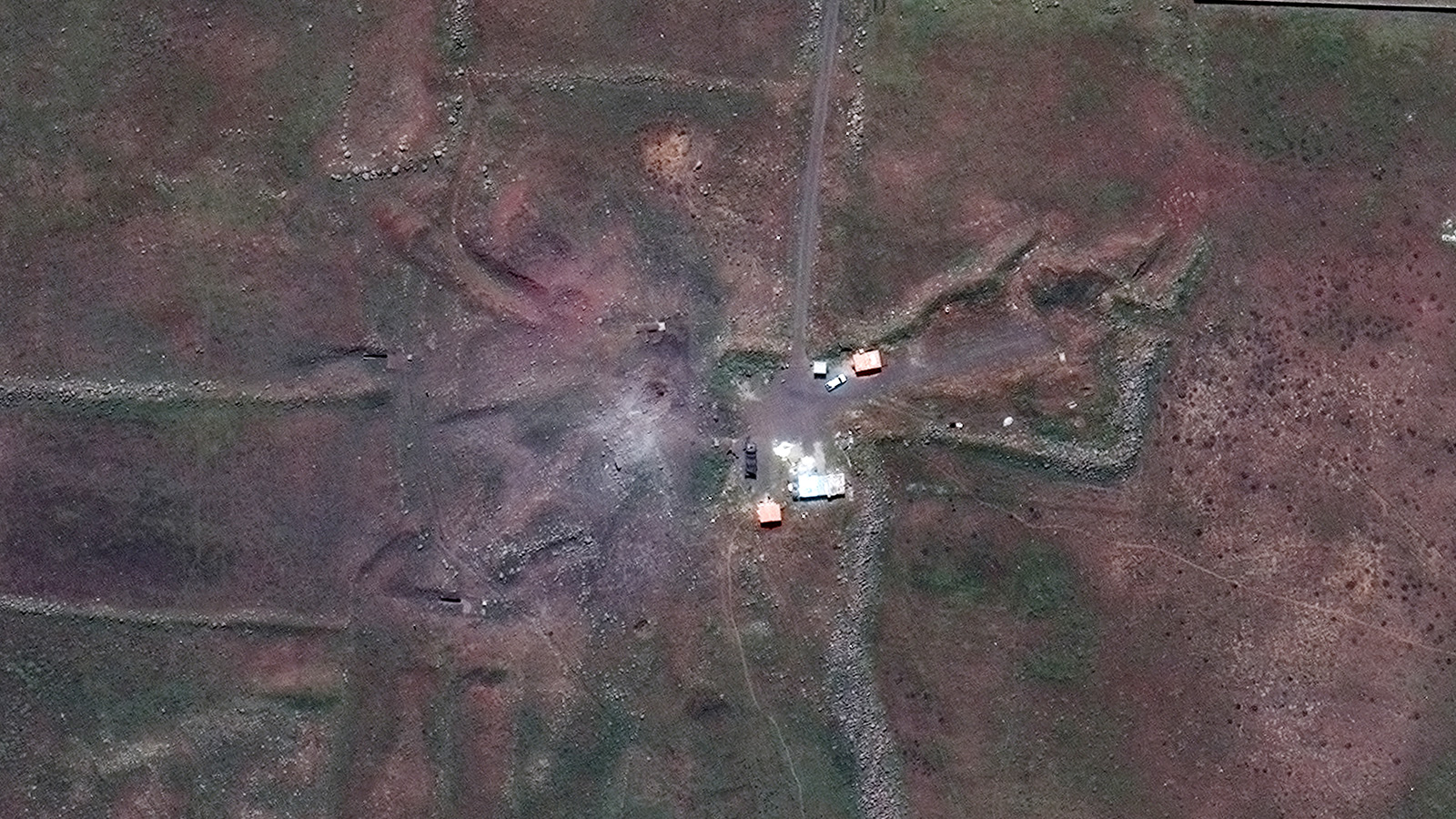 Macron said it had also been France which convinced Trump that the strikes had to be limited to suspected chemical weapons sites.

Prior to the strikes, there had been reports Trump wanted to see tougher, more extended action in Syria but was talked down by his national security team.

The strike has been furious condemned by Syrian ally Russia, who attempted to bring a motion in the United Nations Security Council on Saturday to denounce the “aggression against the Syrian Arab Republic by the US and its allies.”

Tasos Katopodis/Getty Images
WASHINGTON, DC - APRIL 14: Protesters gather outside the White House and speak out against the latest developments of the strike in Syria on April 14, 2018 in Washington, DC. Yesterday the United States and European allies Britain and France launched airstrikes in Syria as punishment for Syrian President Bashar al-Assad's suspected role in last week's chemical weapons attacks that killed upwards of 40 people. (Photo by Tasos Katopodis/Getty Images)

In a phone call with Iranian President Hassan Rouhani on the weekend, Russian leader Vladimir Putin said any further strikes by the United States in Syria could lead to “chaos in international relations,” according to a statement from the Kremlin.

Both Putin and Rouhani agreed the missiles strikes had “seriously damaged” the prospect for a political settlement in Syria, the statement said.

During his interview, Macron said Putin was an “accomplice” to Syria’s alleged use of chemicals weapons. “They have not used chlorine themselves, but they have methodically contributed to the international community’s powerlessness to prevent the use of chemical weapons by diplomatic means,” he said.

Macron: France is not at war with Syria

The strikes were a response to the suspected chemical weapons attack on civilians in Douma, outside Damascus, where Syrian forces have long been battling rebels.

Former residents told CNN Sunday of being overcome by fumes that made it difficult to breathe as they hid in basements from fighting outside. Images taken in the immediate aftermath of the April 7 attack show babies, children and adults, lying on the ground, some foaming at the mouth.

During the interview the French President said his country had not declared war on Syria, calling the strikes a “reprisal” for violations of the treaty banning the use of chemical weapons.

“There has been repeated and proven violations of the treaty,” he said.

Macron said Sunday that France had proof that chlorine and chemical weapons had been used.

Inspectors for the Organization for the Prohibition of Chemical Weapons (OPCW) were due to go to Douma Sunday after arriving in Syria shortly after Saturday’s strikes, and have yet to report on any findings.

The US and its partners have been criticized for acting before inspectors had a chance to examine the site. Politicians in France and the United Kingdom will on Monday seek answers from the countries’ leaders about their decision to launch strikes without formal approval.

Protests against the strikes were held around the world Saturday, including in major cities in the United Kingdom, Mexico, Greece and the United States.

On Friday, Trump said that the US is “prepared to sustain this response until the Syrian regime stops its use of prohibited chemical agents.”

Despite Macron’s statements, White House press secretary Sarah Sanders said in a statement the US mission in Syria “had not changed.”

“The President has been clear that he wants US forces to come home as quickly as possible. We are determined to completely crush ISIS and create the conditions that will prevent its return,” she said.

MANDEL NGAN/AFP/Getty Images
US President Donald Trump addresses the nation on the situation in Syria April 13, 2018 at the White House in Washington, DC. Trump said strikes on Syria are under way. / AFP PHOTO / Mandel NGAN

President Trump said on his official Twitter following the attack it had been a “perfectly executed strike.”

“Thank you to France and the United Kingdom for their wisdom and the power of their fine Military. Could not have had a better result. Mission Accomplished!” he said. Trump defended his use of the term “mission accomplished” Sunday.

“The Syrian raid was so perfectly carried out, with such precision, that the only way the Fake News Media could demean was by my use of the term ‘Mission Accomplished,’” he tweeted. “I knew they would seize on this but felt it is such a great Military term, it should be brought back. Use often!”