While it’s pretty near impossible to improve on the original casting in “Howards End,” a new version airing on Starz has acquitted itself admirably, while offering more expansive treatment of E.M. Forster’s novel with Oscar-winning writer Kenneth Lonergan’s four-hour adaptation.

Beautifully produced, this collaboration with the BBC (where the program has already aired) features Hayley Atwell as Margaret Schlegel, who along with her more impetuous sister Helen (Philippa Coulthard) are living relatively liberated lives within the strictures of Edwardian London along with their aunt (Tracey Ullman).

Margaret, however, forms an unlikely friendship with the ailing Ruth Wilcox (Julia Ormond), who unbeknownst to her – and to the horror of Ruth’s family – bequeaths to Margaret her idyllic country home, Howards End.

Matters are further complicated when Margaret becomes involved with Ruth’s husband, Henry Wilcox (Matthew Macfadyen), after her death, despite his horrid grown children and Neanderthal-like views about male-female relationships.

Helen, meanwhile, puts her do-gooder impulses to work trying to help a working-class stiff, Leonard Bast (Joseph Quinn), whose interactions with the family, despite her good intentions, only seem to keep magnifying his misfortune. 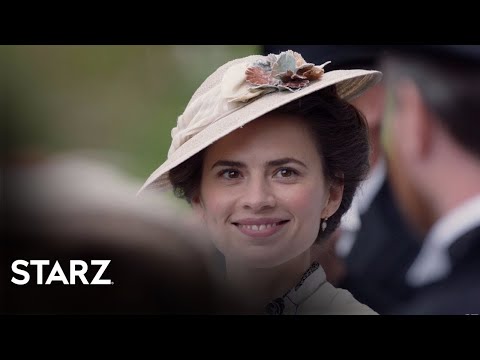 Atwell might be best known to some for her forays into the Marvel universe, but she’s an extremely talented actress who deftly captures Margaret’s combination of intelligence and pragmatism, in contrast to her sister’s idealism. While Macfadyen actually appears a bit too dashing at first, he captures Henry’s unyielding adherence to his belief system, offset by an underlying neediness that makes it possible for Margaret to care about him.

Although the 1992 movie (which earned a trio of Oscars, including one for Emma Thompson) ran well over two hours, the miniseries format provides more space to unspool the narrative. Still, director Hettie Macdonald keeps the story moving at a reasonable clip – allowing for the fact that part of “Howards End’s” appeal is luxuriating in the period costumes and ravishing country vistas – and the poignancy of Forster’s finishing twist remains undiminished.

To its credit, Starz has forged a fertile pipeline to the U.K., including “Outlander,” “The White Queen” and “The Missing.” By bringing another project with a “Masterpiece”-like tone and trappings to the premium network, “Howards End” merely underscores the pay channel’s wisdom in embracing the TV version of that special relationship.