Sen. Kamala Harris dodged questions about a potential presidential run in 2020 during an appearance Thursday on “The Ellen DeGeneres Show.” 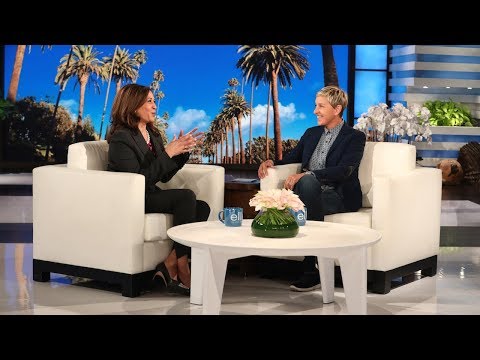 DeGeneres bluntly asked the California Democrat: “You’re probably not going to answer me but I’m going to ask you anyway. … Will you run for President?”

“Right now, we are in the early months of 2018,” Harris said, emphasizing that she is focusing on “pressing issues right now,” such as helping Deferred Action for Childhood Arrivals recipients and pushing for an assaults weapons ban.

“These are immediate needs,” she said. “These are things I’m focused on right now.”

DeGeneres didn’t seem to accept that as an answer.

“OK,” she said. “Who would be your vice president?”

Harris laughed and joked, “Got any plans?”

This is not the first time Harris has brushed off questions about her potential White House ambitions. But she remains on the list of Democrats floated as possible candidates in the 2020 race.

A CNN poll, conducted by SSRS late last month, found that former Vice President Joe Biden is the most broadly popular pick for the next Democratic presidential race, with 84% of Democrats saying they are either very or somewhat like to support his potential nomination.

Harris will appear at this year’s DNC Women’s Leadership Forum from May 17-18 in Washington. She’ll keynote a dinner on the second night. She’s keynoting a Michigan Democratic Party dinner April 14 as well.