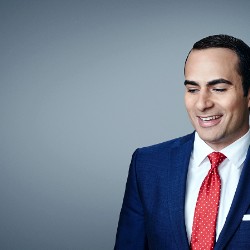 Two House Republicans called Tuesday for the ouster of Scott Pruitt, the embattled administrator of the Environmental Protection Agency, with one of those lawmakers saying Pruitt’s “corruption scandals are an embarrassment” and his “conduct is grossly disrespectful to American taxpayers.”

As Pruitt faces scrutiny for renting an apartment in Washington from energy lobbyists at a rate significantly lower than market value, Rep. Carlos Curbelo of Florida tweeted it’s “time for him to resign or for @POTUS to dismiss him.”

Curbelo, who represents part of South Florida, is running for re-election in one of the most competitive districts in the country and has been critical of President Donald Trump and his administration in the past.

Major policy differences aside, @EPAScottPruitt‘s corruption scandals are an embarrassment to the Administration, and his conduct is grossly disrespectful to American taxpayers. It's time for him to resign or for @POTUS to dismiss him. https://t.co/gXWLDffqam

“I agree with my colleague, Carlos, that the EPA administrator should resign,” said Ros-Lehtinen, who is not seeking re-election. “When scandals and distractions overtake a public servant’s ability to function effectively, another person should fill that role.”

Pruitt’s renting scandal comes amid other recent controversies, including his use of 24-hour security on vacations and his use of first-class travel. The swirling scandals have caused headaches for White House aides, and after Trump recently fired former Veterans Affairs Secretary David Shulkin, as well as other Cabinet members and top administration officials in the past year, it’s unclear where Pruitt’s future stands.

The White House is “looking into” Pruitt’s housing situation, a person familiar with the matter told CNN on Monday.

Trump, when asked Tuesday if he supports Pruitt, gave little indication of whether he is bothered by the recent spate of headlines.

“I hope he’s going to be great,” Trump said, failing to give a full-throated endorsement of Pruitt.

Responding to reports about Pruitt’s shaky footing with the President, EPA spokesman Jahan Wilcox said in a statement, “From advocating to leave the Paris Accord, working to repeal Obama’s Clean Power Plan and WOTUS, and cleaning up toxic Superfund sites that have been languishing for decades, Administrator Pruitt is focused on advancing President Trump’s agenda of regulatory certainty and environmental stewardship.”