“Does America want kind of a jerk as president?,” Stephen Colbert asked the 39th president on “The Late Show with Stephen Colbert,” after inquiring whether Carter had been “too nice” to be commander-in-chief.

“Apparently, from this recent election, yes. I never knew it before,” Carter answered. 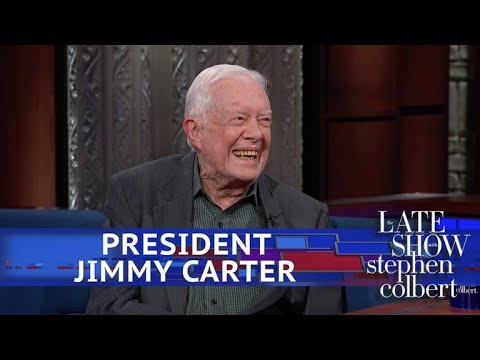 Asked by Colbert about what it takes to be president, Carter said he “used to think it was to tell the truth.”

“But I’ve changed my mind lately,” he continued.

Although the remarks seemed in jest, they marked a shift from some of the former president’s earlier statements about his successor. In an interview last October, Carter appeared to come to Trump’s defense, saying the “media have been harder on Trump than any other president certainly that I’ve known about.”

The 93-year-old former president told Colbert that he prays for Trump, but he wasn’t sure if his prayers would be answered.

Carter also offered his thoughts on North Korea, reiterating his opposition to sanctions. He told CBS News last week that he had received a briefing from the Trump administration on North Korea and that he’d be willing to travel to that nation on the current administration’s behalf.

CNN’s Nicole Chavez and Betsy Klein contributed to this report.