Russia is warning it will retaliate after more than 20 countries said they will kick out more than 100 Russian diplomats. A Kremlin spokesman said Russia would be “guided by the principle of reciprocity” in its actions. The US alone is expelling 60 diplomats and closing a consulate in Seattle, the most forceful action President Trump’s ever taken against Vladimir Putin’s government.

The mass expulsions are being done in solidarity with the UK’s recent decision to throw out almost two dozen Russian diplomats after it said the Russians were behind the poisoning of an ex-Russian double agent and his adult daughter. UK Prime Minister Theresa May said the agent and his daughter “may never” fully recover from the poisoning.

The social media site that for years could do no wrong suddenly can’t catch a break. The Federal Trade Commission is investigating Facebook’s data practices as the fallout from the Cambridge Analytica data-sharing scandal continues. The FTC wants to know how data from Facebook users ended up in the hands of Donald Trump’s 2016 campaign consultants. Facebook’s stock also is taking a beating, and the hashtag #DeleteFacebook is still on fire. If you want to know just how much info Facebook’s collected on you over the years, CNN’s Sara Ashley O’Brien shows you how.

Video Ad Feedback
02:22 - Source: CNN
How to find out what Facebook knows about you

Is Kim Jong Un in China? An official “with deep knowledge of North Korea” told CNN there’s a strong possibility that the North Korean leader is in Beijing. If he’s there, it’s the first time he’s left the country since he took power in 2011. Whispers of a possible visit took off after images of a train that belongs to Kim’s family popped up online. This alleged visit comes just weeks before Kim’s planned summit with South Korea’s President and a potential meeting with President Trump.

The woman at the center of the landmark Brown v. Board of Education case has died. Linda Brown passed away at 75 over the weekend in Topeka, Kansas. It was there that her father, in 1951 when she was 9, tried to enroll Brown in an all-white school near their home. When the school blocked that, her father sued, sparking the case that would end legal segregation in American schools.

Louisiana Attorney General Jeff Landry will provide an update this morning on the investigation of Alton Sterling’s fatal shooting. Sterling was killed in 2016 by Baton Rouge police officers.

Apple’s taking a “field trip” to Chicago this morning for an event focused on education. Industry insiders think Apple will use this as an opportunity to debut a 9.7-inch budget iPad for students, likely in the $250 to $300 range.

Christina Aguilera ditches the makeup for the new cover of Paper magazine and, well, she still looks pretty stunning.

He was a groundskeeper for the Chicago White Sox before he spent two decades in prison for crime he didn’t commit. Now, he’s got his old job back.

There’s an image floating around of Parkland survivor Emma Gonzalez ripping up the US Constitution. It’s a fake, folks.

Why do some buildings in Hong Kong have holes in them? It’s for more than just feng shui.

That’s how many points the Dow jumped, as Wall Street got over its trade war fears, at least for a day. It’s also the third-biggest point gain in history.

Astronauts Answer 50 of the Most Googled Space Questions | WIRED 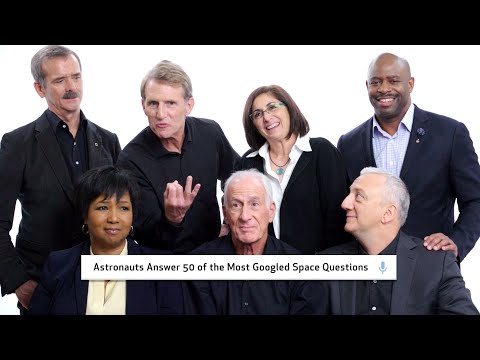 “Can birds fly in space?” Your fave astronauts have an answer to that – and all the other crazy space questions you’ve asked Google. (Click to view.)