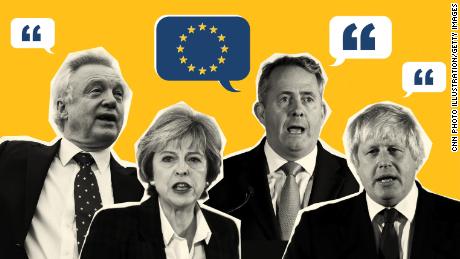 From 'titanic success' to 'Mad Max': How language around Brexit changed

London (CNN)Britain will leave the European Union on March 29, 2019 -- but quite what Brexit will entail depends on who you listen to.

In the early days, Brexit supporters talked of making Britain a "colossal success" and forging the country's own path in the world while keeping a "deep and special partnership" with Europe.
But now, as the reality of Brexit becomes clearer, the rhetoric has been dialed back.