Actor lights up during interview, bringing strong reaction from viewers

Stephen Colbert asks him to lay off the cigarettes: "We want you to be around"

Sean Penn may have come on “The Late Show With Stephen Colbert” to promote his new “scorching” novel, but something else was on fire.

The actor smoked during Monday night’s interview, and it garnered a great deal of attention from viewers.

Penn lit up on stage after explaining to Colbert why he may have appeared extremely mellow.

“You’ve inherited a little of the Ambien I had to take to get to sleep after a red-eye last night,” Penn said.

“So in other words, you’re still a little bit on the Ambien train right now?” Colbert asked, to which Penn responded, “A little bit.” 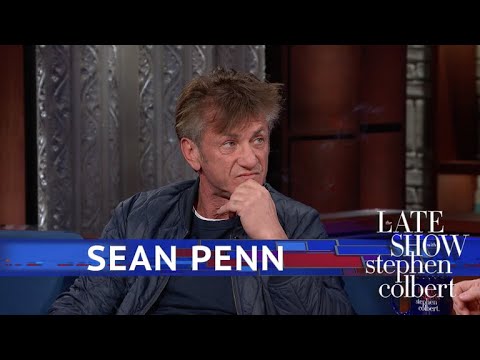 The two-time Academy Award winner has written “Bob Honey Who Just Do Stuff: A Novel,” which is described as “a scorching, darkly funny novel about Bob Honey – a modern American man, entrepreneur, and part-time assassin.”

Years ago TV banned cigarette commercials in light of the health hazards of smoking, and shows rarely feature characters lighting up anymore. Not to mention smoking indoors is banned in many restaurants and public buildings.

But that didn’t stop Penn from lighting up inside the CBS studio.

Some viewers had questions.

“Why the heck is Sean Penn smoking during his @StephenAtHome interview?” one person tweeted.

Why the heck is Sean Penn smoking during his @StephenAtHome interview?

Weird. Sean Penn is smoking a cigarette on Colbert tonight. It's been many a year since I've seen that on live tv.

Colbert covered a few topics during the interview, including asking Penn about his recent comments that he no longer enjoys acting.

The late-night host also put in a plug to get the actor to lay off the cigarettes.

“My parents smoked when I was a child so it gives me happy memories to smell cigarette smoke, but you know we want you to be around for a long time, and those things are bad for you,” Colbert said.

“This is job security for oncologists,” Penn said.