Saudi Arabia says one person was killed after seven missiles were fired from Yemen by Iranian-backed Houthi rebels on Sunday. It’s the first death on Saudi soil since the Saudi-led coalition began a military intervention in Yemen three years ago.

The missiles were fired at four targets, including the capital city of Riyadh, and all were intercepted and destroyed, said Saudi coalition forces spokesman Col. Turki al-Maliki in a statement. Fragments from the intercepted missiles killed an Egyptian resident, the statement added.

“These hostile acts continue to pose a direct threat to the Kingdom of Saudi Arabia and threaten regional, as well as international, security,” the statement said.

However, in a statement, the Houthi Ministry of Defense claimed the missiles hit seven different targets inside Saudi Arabia, including four airports.

Following the missile strikes, thousands of people reportedly came out onto the streets of the capital Sanaa to take part in demonstrations coinciding with the third anniversary of the intervention against the Houthi rebels.

In a speech to demonstrators, Houthi leader Saleh al-Sammad told the Saudis to “stop your airstrikes, and we will stop our missiles.”

This is not the first time Saudi Arabia has been the target of missile strikes from Yemen and after previous interceptions, the Saudis have responded with airstrikes on Sanaa. The response to this latest incident is likely to be even more punishing.

Of the seven missiles, three were aimed at the Saudi capital city of Riyadh, one was headed toward the southwest in Khamis Mushait, one along the southern border targeting Najran and two for the southern city of Jizan, according to the Saudis.

Videos posted to YouTube, which were included in the official Saudi news release, show explosions illuminating the night sky. Others showed people running to inspect what appears to be missile debris beside a highway. 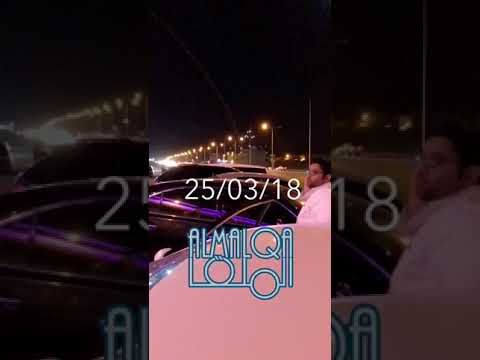 The Yemeni government, which has been fighting Houthi militia in the north of the country, laid blame for the missile attacks on Iran, which has backed the rebels.

“While the Yemeni government expresses its strong condemnation of this criminal and terrorist act of Iran and its tools represented by the Houthi militia, the government also praised the high efficiency and capabilities of the Saudi Air Defense Forces in intercepting and destroying Iran’s ballistic missiles,” the Yemeni government said in a statement on news agency SABA Net.

The US, an ally of the Saudis, condemned Sunday’s attack by the Houthis and issued a statement saying it supported “the right of our Saudi partners to defend their borders against these threats.”

Between November and December of last year, the Saudis intercepted at least two missiles targeting its capital. Since then, Yemeni rebels have continued targeting locations along the country’s border with Yemen.

What is happening in Yemen?

The Yemen war began in early 2015, when Houthi rebels – a minority Shia group from the north of the country – drove out the US-backed government, led by President Abdu Rabbu Mansour Hadi, and took over Sanaa.

The crisis quickly escalated into a multi-sided war, which allowed al-Qaeda and ISIS to grow stronger amid the chaos.

The Houthis are backed by Iran and its members follow the Shia Islamic branch of Zaidism. Zaidis make up around a third of Yemen’s population and ruled the country’s north for almost 1,000 years until 1962.

The Saudi-led coalition began its air raids in support of Hadi’s government in March 2015.

What has Iran got to do with it?

Saudi Arabia has blamed Iran in the past for supplying the rebels with weapons. After the November 4 missile strike, the Kingdom’s foreign minister accused Hezbollah, the Lebanese Shiite militant and political group that is aligned with Iran, of smuggling missile parts into Yemen.

Soldiers first claimed the mountainous terrain on foot and used donkeys to carry equipment and supplies. Now the bone-grinding pickup trucks have made the journey to the shifting frontline easier.
Joe Sheffer

A clear view of enemy lines, but no end in sight to Yemen's war

“Operatives from the Iranian Revolutionary Guards and Hezbollah” helped put it back together again and launch it, Foreign Minister Adel bin Ahmed al-Jubeir told CNN.

“This is a very, very hostile act,” he said. “We have been extending our hand to Iran since 1979 in friendship, and what we get back is death and destruction.”

Iran at the time responded to the Saudi claims of Tehran’s involvement, with Foreign Ministry spokesman Bahram Qassemi calling the accusations “false, irresponsible, destructive and provocative,” according to the Iranian news agency Tasnim.