Even if Jake Gyllenhaal was actually peeved that Drew Barrymore sort of dissed him during a recent appearance on “The Late Late Show with James Corden,” there’s no way he’s still mad.

On Thursday night, Barrymore walked the red carpet for the Season 2 premiere of her Netflix series “Santa Clarita Diet” while holding a sign that declared her love for her former co-star.

The display of affection came one day after Barrymore was forced to rank three of her former co-stars during an appearance on Corden’s late-night talk show in a segment called “Spill Your Guts or Fill Your Guts.”

Barrymore was challenged by Corden to rank three of her former co-stars – Gyllenhaal, Adam Sandler and Hugh Grant – from most talented to least talented. If she didn’t, she had to eat turkey testicles. 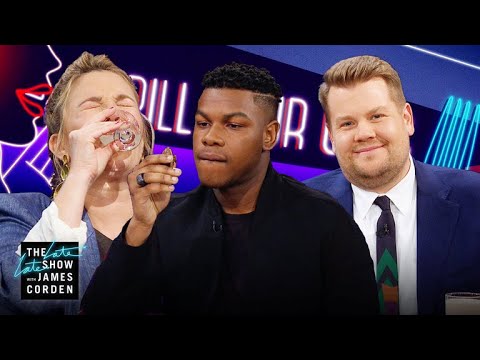 Barrymore named Gyllenhaal the least talented, “So I don’t have to eat a turkey ball.”

“Next time I run into him, I’ll be like, ‘Dude, it was like selling you down the river or eating a turkey’s balls,’” she said. “And by the way, I don’t even care if he hates me.”

Apparently, she did a little.

Gyllenhaal and Barrymore appeared in 2001’s “Donnie Darko” together.

The second season of “Santa Clarita Diet” is streaming now on Netflix.