The suspect in the Austin explosions blew himself up in his vehicle as police closed in, Austin Police Chief Brian Manley said just moments ago. Police started getting intel on the 24-year-old man, who hasn’t been identified publicly, over the past 36 hours, and surveillance teams were on his trail, Manley said. His vehicle was found at a hotel in Round Rock, about 20 miles north of Austin. Police had it surrounded – and were waiting for tactical teams – when the suspect started to drive away, Manley said. His vehicle then suddenly stopped – and the suspect detonated an explosive device, Manley said. One officer was hurt in the blast.

A serial bomber had terrorized Texas’ capital all month, dispatching explosive packages around the area and killing two people. The main focus in the hours before the bombmaker’s death had been an explosion early yesterday at a FedEx sorting center near San Antonio. Another unexploded bomb was found at another FedEx facility near Austin. Police said those two packages are connected to four previous bombings in the city.

People are ticked about all the data-sharing, and some investors are suing Facebook over the scandal. A co-founder of WhatsApp even said it’s time for everybody to delete Facebook (which owns WhatsApp, so that’s awkward).

Meanwhile in Florida, authorities are trying to use the state’s new gun law – passed after the school massacre at Parkland – to block Zachary Cruz’s access to guns. Cruz, younger brother of the Parkland school shooter, was arrested Monday, accused of trespassing at Marjory Stoneman Douglas High School, where his brother killed 17 people.

But that’s not all that’s been going on at Stoneman Douglas. Florida Gov. Rick Scott offered to provide extra security at the school after a deputy was suspended for appearing to fall asleep on duty, two students were charged for allegedly bringing weapons to campus and another student was charged for allegedly making a threat of violence on social media.

The world might be a lot closer to a birth control pill for men. A proposed hormone pill, called dimethandrolone undecanoate, effectively decreased testosterone levels and other hormones responsible for sperm production without serious side effects, a new study says. However, the study had a small sample size, so more research needs to be done on it.

Some of the 110 schoolgirls kidnapped last month in Nigeria by the terror group Boko Haram have been released and returned to their hometown of Dapchi, a Nigerian presidential aide told CNN.

Remember that giant disco ball they put into orbit to uplift humanity? Well, it’s going to burn up in the atmosphere tomorrow, so, … so, much for that.

The ashes of Stephen Hawking will rest near the graves of Sir Isaac Newton and Charles Darwin.

She was the lone woman at a long-ago science conference, her face partially obscured in a photo. Who was she? Of course, Twitter figured it out.

Looks like the NFL’s about to change that insane catch rule, which pretty much makes a clear catch not a catch.

The Smithsonian’s going to move Michelle Obama’s new portrait to a new spot in the National Portrait Gallery because of all the visitors.

She finished a high-stakes exam. While nursing her baby. On the floor. And in the process, inspired social media and the whole world. 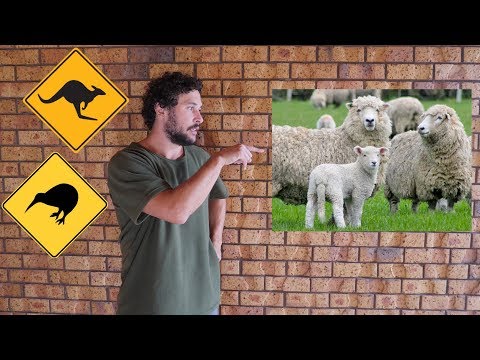 Think Australia and New Zealand are pretty much the same? Oh, no. The “How to Dad” is back with a tutorial on the differences between the countries. (Click to view.)