There’s been another explosion in Texas’ capital, and police think it’s linked to the three other bombings that have rocked the city. The explosion last night, from a package left on the side of a road, injured two men. Police think the explosion may have been triggered by a tripwire attached to the package. People living near the blast scene have to stay indoors until 10 a.m. local time.

This latest explosion comes less than a week after police said three package explosions that happened over 10 days were connected. Those explosions killed a man and a teenager, and injured two others. The victims have been African American or Hispanic, and police haven’t ruled out that the bombings could be racially motivated.

There’s lots of diplomatic activity going on in advance of a possible meeting between President Trump and North Korean leader Kim Jong Un. Finland is hosting representatives from North Korea, South Korea and the US for talks on denuclearization. The American representatives at these talks won’t be government officials though, since the US does not have a diplomatic presence in North Korea.

Meanwhile, Sweden is reportedly helping negotiate the release of three Americans held captive in the North. Freeing the Americans – Kim Hak-song, Kim Sang-duk and Kim Dong Chul – would undoubtedly be “a huge deal” for the US, a source told CNN.

Exit polls say Vladimir Putin won Russia’s presidential election, but we already knew Putin would come out on top. He had no real opposition to run against, and Alexei Navalny, the person who might have mounted a legitimate challenge, was barred from running. Putin, a former KGB spy, has dominated Russian politics for 18 years and is already Russia’s longest-serving leader since Joseph Stalin. He will now rule for another six years when he’ll be 71, and obliged by law to step down. But he hasn’t prepped a successor yet, so he may try to find a way to extend his power beyond his term.

As President Trump ramps up the fire and fury on special counsel Robert Mueller, lawmakers on both sides are telling Trump to back off. Trump went after Mueller and his investigation big time over the weekend, saying (once again) that:

– there was no collusion between his 2016 campaign team and Russia

– the investigation should have never been started

– Mueller’s team is full of Democrats. To a lot of folks this sounds like Trump prepping to cross the red line and fire the special counsel.

Lawmakers hit back on the Sunday talk shows. Democrats demanded that action be taken to protect Mueller, while Republicans issued threats of their own to the President. South Carolina Sen. Lindsey Graham was the most direct, saying on CNN’s “State of the Union” that firing Mueller “would be the beginning of the end of his presidency.”

Facebook suspended Cambridge Analytica, a data firm used by Donald Trump’s 2016 campaign, after allegations that the company used the data of 50 million Facebook users without their permission. Now, Facebook tells CNN it’s looking into the relationship between a current employee and Cambridge Analytica. These revelations prompted new scrutiny of how Facebook was used to reach and influence voters during the 2016 US presidential election. There are also renewed questions about whether Facebook does enough to protect its users.

U Must Be Cinderella

UMBC’s historic ride through the NCAA tourney is over, but the school’s snarky Twitter feed lives on.

Who needs a car payment when you can just pay $199 a month to have Lyft take you everywhere.

The reboot wave/affliction rolls on. Now Melissa Joan Hart is coming back with a new version of “Clarissa Explains It All.”

Don’t feel safe leaving your luxury vehicle in your condo’s parking garage? Maybe you should move to the Miami tower where your car can stay with you.

NUMBERS OF THE DAY

The number of winter storms to smack the Northeast in three weeks. This latest storm is projected to hit the Mid-Atlantic states tomorrow before rolling into New England.

Students from Marjory Stoneman Douglas High School will host a live Q&A on Twitter today at 12:30 p.m. ET. People will be using #AskMSDStudents to ask questions.

How Much Would it Cost to Build a Real-Life Death Star? 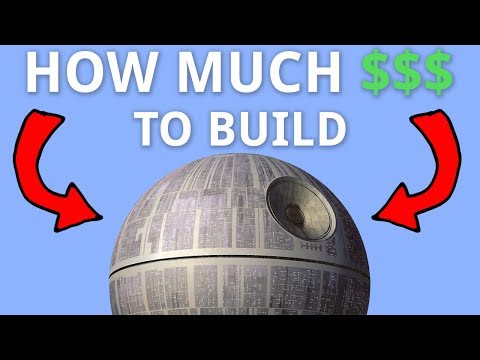 The dark side is powerful – and expensive. Just how much would it cost to build a real-life Death Star? Get ready to count into the quadrillions. (Click to view)