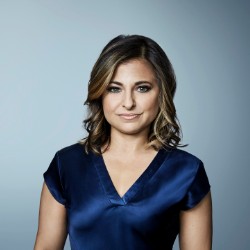 By Cristina Alesci and Aaron Cooper, CNN
Updated 7:07 PM EDT, Wed March 14, 2018
PHOTO: Chip Somodevilla/Getty Images
The Trump International Hotel on its first day of business September 12, 2016 in Washington, DC. The Trump Organization was granted a 60-year lease to the historic Old Post Office by the federal government before Trump announced his intent to run for president. The hotel has 263 luxury rooms, including the 6,300-square-foot 'Trump Townhouse' at $100,000 a night, with a five-night minimum.
(CNN) —

Defense Department employees charged just over $138,000 at Trump branded properties in the first eight months of Donald Trump’s presidency, according to a CNN review of hundreds of records.

Charges on the department-issued Visa cards, which span from Honolulu to Washington, DC, are the most recent evidence that taxpayer money flows to Trump’s company, once again emboldening critics who say these payments violate ethical norms and possibly the US Constitution.

The CNN analysis found military personnel spent more than a third of the total amount, or $58,875.69, on lodging and food at what appears to be Trump’s Mar-a-Lago club in Palm Beach, Florida. Most of the expenses generally align with the 25 days the President spent at his Florida club from February to April.

“With the DoD’s… spending at Mar-a-Lago and other Trump properties, and Trump’s refusal to divest from his sprawling business empire, once again we find the President’s hand deep in the taxpayer’s pocket,” said Ryan Shapiro, co-founder of Property of the People, a nonprofit that advocates for greater government transparency. The group provided CNN with more than 360 pages of travel records obtained after suing the department under the Freedom of Information Act.

Thomas Crosson, a spokesman for the Department of Defense, told CNN that the records represent all the department’s charges made at Trump properties during that period.

Related Article This is life on an active US Navy vessel

Like all modern U.S. presidents, Trump always travels with aides from the armed forces. The department did not include receipts for the Mar-a-Lago stays. CNN asked Crosson for more details, including the purpose of the expenses, and the room rates the agency paid. Crosson also said that, in general, limits on government spending at hotels can be waived for reasons like proximity to a meeting location or the need to be there to support the president.

The White House and the Trump Organization did not respond to requests for comment.

Some of the costs coincide with an April 6, 2017, visit Trump made to the exclusive club. That evening, the President met with military leaders and ordered a missile strike on Syria, an attack Commerce Secretary Wilbur Ross later joked was “in lieu of after-dinner entertainment.” Two identical food charges for $89.88 appear on Defense Department cards the day after the strikes. The records also show a total of $12,339.60 billed for lodging on the same day the President ended his four-day visit.

Defense Department Visa transactions also appear for other Trump-owned properties, including $9,618.78 at his Bedminster, New Jersey, golf club just after he spent four days there in early May.

Some of the charges CNN reviewed do not overlap with presidential trips, including 113 at the Trump International Las Vegas Hotel totaling $35,652.44. Trump owns that hotel, and licenses his name for others including one in Panama City where $17,102.55 was charged. The hotel’s owners have since removed his name from the property.

As with the Mar-a-Lago records, the department did not provide room rates or itemizations for these stays but some are around the time when the city hosted military conferences or when Vice President Mike Pence visited.

Trump has retained ownership of his company, despite handing control of it to his sons when he took office. There is little transparency in The Trump Organization’s operations since it is privately held and Trump has not released his tax returns.

The former head of the Office of Government Ethics, Walter Shaub, told CNN that, during his time in office, he made “very specific recommendations” the President stop visiting properties owned by his company and announce White House officials would not visit those properties.

At the time, the White House said Shaub did not raise the issues when he was in office.

“He never once raised travel, passive holdings or other ethics issues involving the President in a single discussion with the White House counsel or deputy counsel overseeing ethics and compliance,” the White House said in July.

Some critics say the payments may violate a provision of the Constitution known as the domestic emoluments clause.

The clause “has always been strictly enforced because you don’t want the President playing favorites,” Norman Eisen, a CNN political commentator and an ethics adviser to President Barack Obama. Eisen has “We know that Cabinet officials try to ingratiate themselves with the President by telling Trump how much they love his properties. Who’s to say that’s not influencing Trump’s decisions?”

Eisen has filed court briefs in emoluments lawsuits against the President.

Other emoluments experts argue Trump’s company is allowed to accept money for hotel rooms and food without breaching the Constitution.

Blackman has joined suits on the issue in support of the President.

He says the clause intends to prevent conflicts like a state government paying a current president to lobby on its behalf.

Legal scholars will continue to debate the definition of an emolument but the new revelations of payments to Trump’s businesses come as his administration is scolding Cabinet secretaries for embarrassing stories about questionable ethical behavior at their agencies, a source familiar with the meetings told CNN.