Makeup is changing the meaning of masculinity

Men's beauty and fashion products have been outpacing women's since 2010

A youthful male model rubs moisturizer between his palms. He then applies it to his face, pats on some tinted moisturiser, dots concealer under his eyes and buffs on powder to set.

As simple as that, ASOS, the UK-based online fashion retailer, presents its grooming tutorial “How to do natural make-up for men.” The video has amassed more than 750,000 views on Facebook.

This step-by-step is very different from those demonstrated by male makeup artists such as Patrick Simondac and Manny Gutierrez, who have gained fame and attracted followers in the millions.

Distinct from the full-faced makeup looks that these “beauty boys” showcase, everyday makeup routines are starting to become attractive to male consumers globally, particularly in regions such as the United States and Europe. 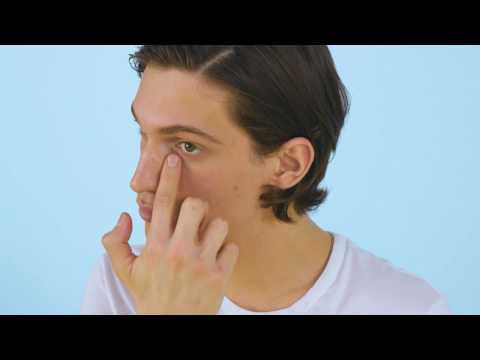 Almost half of UK men used facial skincare products as part of their daily routine, and 59% agreed that appearance is very important, according to a 2016 survey by consultancy group Mintel.

The growth of men’s beauty and fashion products has been outpacing those of women’s since 2010, says market research company Euromonitor, suggesting that men are increasingly becoming interested in shaping their own appearance.

“Regardless of generation or age, these days, men are invested in their appearance to some degree,” said Brendan Gough, professor of social psychology at Leeds Beckett University. He has been researching the behavior of men in the UK for over two decades and says attitudes toward appearance have changed dramatically.

“Not so many years ago, moisturizer was taboo, and it’s now commonplace,” Gough explained. “Makeup is one of the last bastions of femininity that men are encroaching upon,” alongside other areas traditionally dominated by women, such as cooking and child care.

Yet the way in which men talk about using cosmetic products is very different. “They make it very distinct from how women use makeup,” Gough said.

Garrett Munce, director of grooming at GQ US, frames men’s use of makeup as practical and pragmatic.

“I think that the average guy who’s considering using cosmetics or does use cosmetics, it’s really an enhancement or some sort of camouflage to cover up something that they’re unhappy with,” Munce said.

Two photos of a man illustrate the perceived differences in nose size at 12 inches versus 5 feet.
Courtesy JAMA Network

Based on his knowledge of the male consumer, Munce suggests that guys will most likely pick up a concealer to cover up a blemish or try foundation to even out skin tone rather than use an eyeshadow palette.

Yi finds confidence through his use of cosmetics.

“I love makeup, and I love the way it makes me feel. It makes me feel more powerful and sexy and masculine,” said Yi, who incorporates products such as foundations, BB (beauty balm) creams and lip tints into his daily routine to accentuate his favorite features.

“I think masculinity is all about feeling confident, all about being your best self, all about your authentic self and feeling comfortable with who you are,” he said. For Yi, makeup can provide this comfort.

But this feeling is not unanimous among all men - yet.

A Mintel survey found that 42% of UK men agreed that doing anything beyond making sure you’re clean is unnecessary. “It’s not something that’s easy for guys to admit that they use,” Munce, said highlighting the stigma attached to a man’s use of cosmetics.

In contrast, Yi experiences a very different reception when in South Korea.

As a Korean-American who spends a considerable amount of his time in Seoul, Yi has found that men using makeup products is somewhat normalized there. “It’s not looked down upon that guys want to look beautiful or take care of their skin” in South Korea, he said. “Rather, it’s expected.”

Portrait of a single sad teen sitting on the bed in her bedroom with a dark light in the background; Shutterstock ID 627399989
Shutterstock

Yi has found that face makeup is not tied to femininity in South Korea in the same way it is in the United States, making it more acceptable for men to use. “I think in the East, things like foundations and BB creams and cushion compacts are not even considered makeup. It’s considered skincare,” he remarked.

Skincare regimes that can include foundation-like products have been prevalent among young South Korean men since 2000, said Dr Jo Elfving-Hwang, associate professor of Korean studies at the University of Western Australia.

“These days, it’s a pretty accepted practice. It’s kind of common sense that you would invest in yourself and your skin,” Elfving-Hwang said. But based on her research, this trend was most relevant to urban men in their 20s and 30s.

Social attitudes toward what men should look like or how they should act vary across contexts, Elfving-Hwang believes. “Masculinity and femininity are always historically and culturally contingent.” They travel, she added, and the ideal of the beautifully groomed Korean pop star man has become popular in China and Japan.

Although men in Korea may not feel comfortable enough to discuss beauty practices completely openly, in contemporary Korean culture, there is a “lack of anxiety about the masculinity of the body that decides to engage with cosmetics,” Elfving-Hwang said. This breaks from older generations’ understanding of beauty, she said.

Evolution in the West

Despite negativity attached to men using make up in North America, the realms of beauty and gender are evolving.

“Across social media, there’s more experimentation with gender; it’s more fluid,” Gough said. He suggested that younger generations of men are being exposed to role models who don’t fit the traditional mold of masculinity.

And as understandings of gender change, the distinction between male and female grooming markets is becoming less clear-cut.

In South Korea, Euromonitor highlight a slowing growth in male grooming sales, due to consumers changing focus away from male-targeted products. Parts of the beauty industry are responding to this shift, with lines such ASOS Face + Body defined as gender neutral and marketed using models of various genders in promotional materials.

The definitions of gender are changing step by step.

But for now, the reality of selling cosmetics to men relies on planting them in a familiar category: one that is their own, separate from women and femininity.