Rapper Eminem used another awards-show platform to let loose on a political target: this time, the NRA.

At the iHeartRadio Music Awards in Inglewood, California, on Sunday, he slammed the group with a fiery, 24-second freestyle that ended with the line, “They love their guns more than our children.”

Here are the verses:

“Sometimes I don’t know what this world has come to

This whole country is going nuts

Is in our way

They’re responsible for this whole production

They hold the strings, they control the puppet

And they threaten to take away donor bucks

So they know the government won’t do nothing

They love their guns more than our children.” 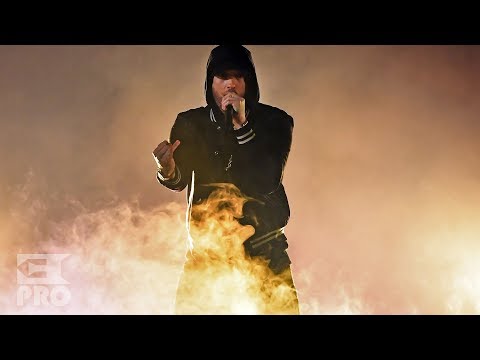 He then launched into a performance of “Nowhere Fast” from his latest album.

Eminem was introduced by Parkland, Florida, shooting survivor Alex Moscou, who wore a March for Our Lives shirt and made brief comments in favor of gun-control legislation.

At last year’s BET Hip Hop Awards, Eminem attacked President Trump, asking his fans to “decide who you like more” – him or the President.