The meeting would happen by May, but we don’t know exactly when or where. And Kim reportedly is willing to talk about denuclearization and pledged that his regime would suspend testing of his missiles and nukes.

Getting North Korea to curb or even shut down its nuclear program would be a massive foreign policy victory for Trump, who maintains that only the sanctions his administration has pushed for (and his tough talk) can bring the North to the negotiating table. But the North has a history of making agreements and then backing away from them, so lots of people are skeptical that all this will lead to anything substantive.

Video Ad Feedback
01:41 - Source: CNN
What North Korea wants from the US

The move’s set up a weird political realignment. Most of Trump’s GOP allies hate the idea and fear it’ll set off a trade war that’ll wreck the economy. Jeff Flake – Arizona senator and Trump nemesis – says he’ll introduce a bill to stop the tariffs. But Democrats in districts in Pennsylvania and other steel-producing areas actually applauded Trump’s action.

Our allies are miffed about it, though. China called the tariffs “a serious attack,” while South Korea called them “unjust.” Meanwhile, just hours before the tariff announcement, several US allies signed the Trans-Pacific Partnership, the sweeping trade deal that Trump pulled the US out of right after taking office.

Barack Obama’s kept a pretty low profile since leaving the White House. But that might change if his rumored deal with Netflix goes through.

Hundreds of Canadian doctors have signed a petition protesting … their own raises. They want the money redistributed to nurses and patients. Aren’t Canadians the greatest?

We may finally know what happened to Amelia Earhart. A new look at bones on a Pacific island suggest they belong to her.

Better than a resort

You might soon be able to visit the world’s first “energy-positive” hotel, right in the middle of the Arctic Circle.

When the February jobs report comes out this morning, look at more than just the job numbers and unemployment rate. Keep an eye on wage growth. A really good number could spark inflation fears, which could push the Fed to raise interest rates.

Roger Bannister died this week. He was the first to do what?

A. Run across the country

B. Break the 4-minute mile barrier

Think you know the answer? Test your knowledge with this week’s edition of Total Recall: The CNN news quiz.

“During the first year of this child’s life … you should be able to bring that child on to the floor and continue to do your job.”

Sen. Tammy Duckworth, the first US senator expected to give birth while in office, railing against Senate rules she feels are outdated because they wouldn’t allow her to bring her baby to the Senate floor 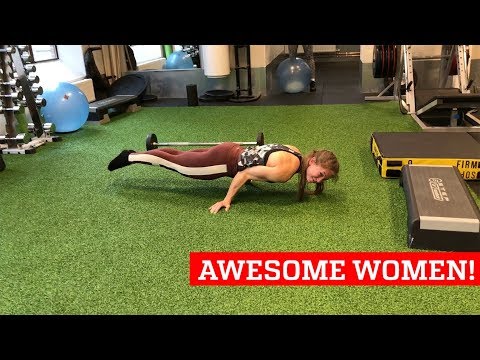