Star says her mom got her some marijuana-laced edibles

"You can't have her. She's all mine," she tells Jimmy Kimmel

Charlize Theron may have the coolest mother ever.

In the dark comedy, she and Joel Edgerton play a pair who run a company that makes medical marijuana pills.

Theron told Kimmel she’s had some experience with cannabis.

“I’m always willing to try anything,” she said. “I mean, you’ve got one life to live. Why not?”

The actress said she had “a good solid eight years on the marijuana” before her chemistry changed and she found herself “frozen” in front of her fridge “for like eight hours,” so she stopped.

Charlize Theron's Mom Got Her Marijuana 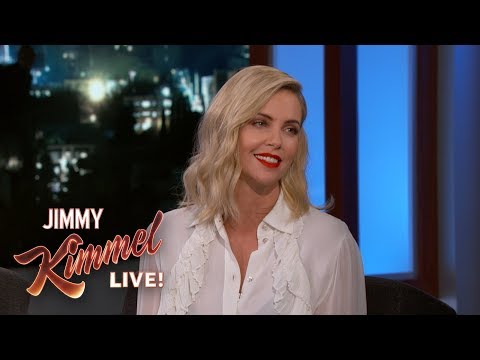 But Theron said since she and her mother, Gerda Maritz, have sleeping problems, they decided to try some marijuana-laced edibles (which are now legal in California) to see if they might help.

Theron said she assumed she would be the one to go shopping for them, but her mom surprised her.

“Last week she showed up at my house, literally drove in her little tennis outfit and brought me a little container and just left it on my kitchen table,” Theron said. “She was like, ‘So I got some blueberry-covered chocolate ones, but if you want it faster-acting, you should go for the mints. Those you suck, and it works faster.’ “

The star said she figured her mother had enlisted the help of her younger tennis partners to secure the weed but learned that wasn’t the case after her mother shared the story with her on the “Gringo” red carpet.

“She said, ‘I went to the store by myself,’ ” Theron said. “I have this image of her in the store. She’s just not this kind of person, and buying marijuana she had like a full experience.”

It totally helped with sleep, Theron said. As for those who might want Maritz to hook them up, too, the actress said don’t even think about it.

“You can’t have her. She’s all mine,” Theron said.