Police in south Florida may have missed more signs about school shooter Nikolas Cruz than previously thought. Broward County Sheriff Scott Israel said his deputies answered calls for dispatch to Cruz’s home no more than 23 times. But a CNN review of records obtained from the sheriff’s office found deputies answered calls for service relating to Cruz or his brother at least 45 times between 2008 to 2017. CNN has asked Israel’s office to explain this discrepancy but hasn’t heard back yet. Israel is under increasing pressure to resign as criticism mounts over how his department handled the massacre at a Parkland, Florida, high school that killed 17 people.

DACA probably won’t end next Monday, now that the Supreme Court has said it will let the legal battles over it play out in the lower courts before it gets involved. That means DACA’s roughly 700,000 participants – undocumented immigrants who came to the US as children – can still renew their statuses. President Trump had set the March 5 deadline to end the Obama-era program. Many had hoped Congress would come up with a permanent solution by then, but this is Congress we’re talking about.

Also, a pretty big decision came down from a federal appeals court in New York. Title VII of the Civil Rights Act of 1964, which bans employment discrimination based on sex, also protects against discrimination based on sexual orientation, ruled the 2nd US Circuit Court of Appeals. The ruling is a loss for the Trump administration, which argued that Congress didn’t mean to extend Title VII to sexual orientation claims. The 7th Circuit Court of Appeals made a similar ruling last year.

Is Vladimir Putin more powerful than the United Nations? He might be in Syria, where Russia has ordered up a five-hour lull in the fighting today in Eastern Ghouta for humanitarian purposes. Now, remember, the UN OK’d a 30-day ceasefire resolution to stop the bombing in the rebel-held area, which the Syrians and their Russian allies simply ignored. The Russians say a corridor will be opened to let people leave Eastern Ghouta – where some 400,000 people are under siege – but it’s not clear if food or meds will be allowed in.

Another mass kidnapping strikes in Nigeria, and parents are afraid to send their girls to school. After days of conflicting reports, Nigerian President Muhammadu Buhari admitted that 110 schoolgirls missing from a school in Dapchi had been kidnapped, probably by Boko Haram. That’s the same terror group that grabbed 276 girls in 2014 from a school in Chibok. There was worldwide outrage and a viral social media campaign when that happened. So far, the reaction to the current crisis is much more muted.

West Virginia’s 277,000 public school students will sit at home again today as a teacher strike continues. The state’s teachers and school service employees have been on the picket lines since late last week, demanding better pay and benefits. Union officials said they met yesterday with state lawmakers, and small strides had been made to end the stoppage. It’s unclear if the two sides will talk today.

She was “Clueless” on the big screen, but actress and ex-Fox commentator Stacey Dash thinks she has what it takes to make a run for Congress.

Dwyane Wade dedicated his return to the Miami Heat to a teen fan who died in the Florida school shooting and was buried in Wade’s jersey.

If you’re traveling to the Holy Land soon, you may need to scratch the Church of the Holy Sepulchre off your itinerary. It’s closed in a tax dispute with Jerusalem.

Ever wonder where Lost Penny Day came from? A woman in Chicago created it – along with about 1,900 other special days.

Then, Jessica Ravitz goes inside the secret lives of functioning heroin addicts. They’re not slumped over in alleys. They’re holding down jobs, paying the bills and fooling their families.

Video Ad Feedback
01:51 - Source: CNN
This is your brain on heroin

Saoirse Ronan pronounces her name in every interview 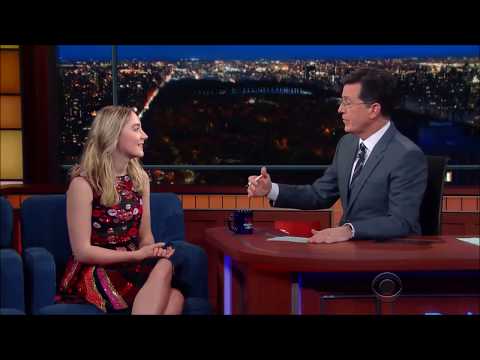 A drug developed to treat osteoporosis may have an intriguing side effect – a treatment for baldness. Here’s what else you need to know to Get Up to Speed and Out the Door. (You can also get “5 Things You Need to Know Today” delivered to your inbox daily. Sign up here.)