The hearing was also tied to the release of a PSA, titled "Guess Who: #MeToo Edition," from Funny or Die

“I thought I was the only human who experienced this, and I carried so much guilt and confusion about my response to the abuse,” Wood said, before detailing two separate instances where she was raped and tortured by her attackers. “I accepted my powerlessness, and I felt I deserved it somehow.”

Implementation of the "Survivors Bill of Rights Act" 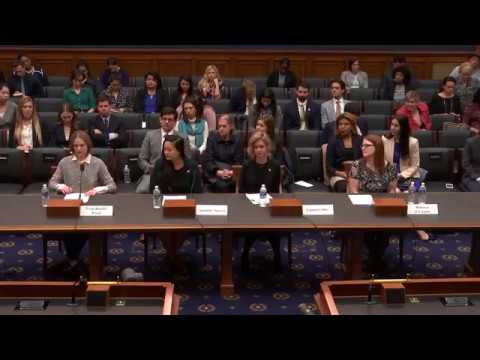 Wood was among the handful of witnesses who shared their stories before the House Judiciary Subcommittee on Crime, Terrorism, Homeland Security and Investigations during a hearing about the Sexual Assault Survivors’ Bill of Rights Act. While the bill was passed in 2016, activists – including Wood – want the federal legislation to be implemented at state level.

She told CNN she felt it was important to testify to “give a voice to survivors everywhere.”

“I want Congress to understand that sexual assault and rape have lasting effects on your health and well being,” she said in an email. “It’s the trauma that continues after the act itself that is overwhelming. Survivors shouldn’t also be forced to jump through hurdles to hold their perpetrators accountable.”

Other witnesses included Amanda Nguyen and Lauren Libby, from the nonprofit Rise, which advocates for sexual assault survivors’ rights, and Rebecca O’Connor, the Vice President of the Rape Abuse Incest National Network (RAINN). All four pushed lawmakers to expand survivors’ rights across the country.

In 2017, Rise helped pass similar legislation to the Sexual Assault Survivors’ Bill of Rights in California, Idaho, Maryland, Massachusetts, Oregon, Utah, Vermont, Virginia, and Washington. The organization said in a news release it is now working to pass sexual assault survivor protections in all fifty state houses because a majority of sexual assault crimes are adjudicated at the state level.

The actress, who is a mother, said after being sexual assaulted she struggled with PTSD and attempted suicide.

“I hope we can find a way to teach our women to not go inward and make everything their fault. … I think we can teach men to express things better and not take things out on other people,” Wood said during the hearing. “It’s going to take a shift of consciousness.”

The hearing was also tied to the release of a PSA, titled “Guess Who: #MeToo Edition,” from Funny or Die. 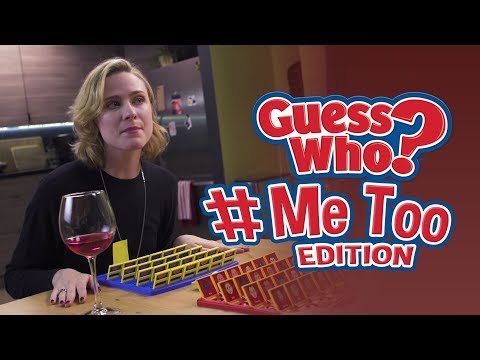 The video features Wood – alongside Kelly Marie Tran and Da’Vine Joy Randolph – playing the updated 2018 edition in support of Rise and the Sexual Assault Survivors’ Bill of Rights, with narration from Tatiana Maslany.

“I want to help harness the power of the #MeToo movement into concrete action,” Wood told CNN.