Everything we learned from Omarosa during her ‘Celebrity Big Brother’ stint

Omarosa Manigault-Newman did not leave “Celebrity Big Brother” as a winner. But she did walk away from the reality TV series making headlines.

During her time on the CBS show, the “Apprentice” alum and former White House aide shared a lot of her thoughts about the time she spent serving in the Trump administration.

Manigault-Newman resigned from her position in the White House in December. She reportedly had a tense relationship with White House chief of staff John Kelly; both Kelly and former chief of staff Reince Priebus wanted to let her go, a former White House official told CNN. She denied that a dramatic confrontation with Kelly led to her departure.

We rounded up some of the most interesting things we learned from her comments on the show.

Omarosa Opens Up About Writing a Tell All, Twitter, and More on tonight's CELEBRITY BIG BROTHER 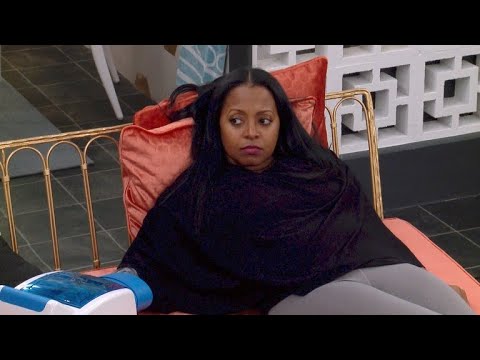 More bombshells from Manigault-Newman may be on the horizon.

“I’m thinking of writing a tell-all sometime,” she said. “He’s [Trump’s] going to come after me with everything he has. Like, I’m going up against a kazillionaire. So I’ll probably end up in court for the next… but I have to tell my truth. I’m tired of being muted. All the stuff that I just put on a shelf somewhere out of loyalty – I’ve been defending somebody for so long, and I’m now I’m like, ‘Yo, you are a special kind of f—ed up, and that special breed, they’re about to learn all about it.”

2. Working in politics = being on reality TV?

“There’s a lot of people that want to stab me in the back, kind of similar to the White House,” she said. “The one thing I learned from politics is you have to learn how to watch your own back and in some cases you have to watch your front, too.”

“I felt like I was serving my country, not serving (Trump),” she said about why she took a position at the White House. “It was always about the country.”

“I was haunted by tweets every single day, like what is he going to tweet next?” a tearful Manigault-Newman said, adding she felt “attacked” and denied access by “all of the people around him” whenever she tried to talk to the President about his tweets.

In another clip, she said Trump uses Twitter as a distraction. “He’s never getting off Twitter,” she said.

“What he does is tweet something controversial and the news distracts and spins and then over. But you know they still fall for it. Donald will tweet something, insult somebody’s face … the press will be on that for three days, and we push through 16 unfunded mandates and nobody would notice.”

She said the White House has a “dedicated Twitter person and Facebook person.” But no one monitors all the tweets.

“The bad tweets happen between four and six in the morning,” she said. “Ain’t nobody up there but Melania.”

5. A not so optimistic outlook about the future

Manigault-Newman described the situation inside the White House as “bad.” Asked whether the nation should be concerned about the administration, she nodded, adding, “it’s going to not be OK. It’s not.”

She described Clinton as “very engaged, sharp and smart.”

But “when it was time to roll it over into the Hillary for America campaign, they completely discarded all of the people who had done work … it soured a lot of people,” she said. “It wasn’t hard when he [Trump] called me and said ‘can you be on board?’ because I had just been used and abused by the Ready for Hillary organization.”

“I was literally the only African-American woman in the senior staff,” she said of her experience. “Nobody knows what I went through. I haven’t even told people some of the horrors I experienced. I’m inside trying to fight for my own political life, while I’m going into meetings where people are ignoring me. Because I was black, people wouldn’t even talk to me. It wasn’t just the black thing, it was the woman thing.”

“Ooh, freedom, I’ve been emancipated,” she said. “I feel like I just got freed off of a plantation.”