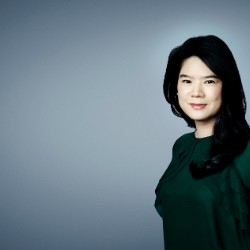 The US State Department’s top diplomat in charge of North Korea policy is retiring at the end of the week.

Joseph Yun, who is in his early 60s, told CNN Tuesday: “It was completely my decision to retire at this time.” He said US Secretary of State Rex Tillerson accepted his resignation “with regret.”

State Department spokeswoman Heather Nauert said in a statement Yun, who joined the Foreign Service in 1985, decided to leave for personal reasons.

“We are sorry to see him retire, but our diplomatic efforts regarding North Korea will continue based on our maximum pressure campaign to isolate the DPRK (Democratic People’s Republic of Korea) until it agrees to begin credible talks toward a denuclearized Korean peninsula,” Nauert said.

Yun’s abrupt departure raises questions and adds to uncertainty over US President Donald Trump’s North Korea policy as ally South Korea engages in talks with the North for the first time in years. The veteran diplomat had a reputation as a proponent of dialogue when it comes to dealing with North Korea.

Related Video The necessity of dialogue after Olympic games

It had been Yun’s job to help spearhead diplomatic efforts to rein in North Korea’s nuclear ambitions during a year of heightened tensions which appeared to ease with North Korea’s participation in the Winter Games.

South Korea’s Ministry of Foreign Affairs said it was inappropriate to offer comment on Yun’s retirement, though it said it appreciated Yun’s efforts in dealing with North Korea.

“I think this is a huge loss for the US government at a critical moment,” Abraham Denmark, the director of the Asia Program at the Woodrow Wilson International Center for Scholars. Denmark worked closely with Yun while the former served as the US deputy assistant secretary of defense for East Asia during the Obama administration.

“He was a great advocate for dialogue and for diplomacy, and I think it’s unfortunate that his voice will no longer be in the conversation inside the US government,” Denmark said.

Yun’s retirement came as a surprise to many. He was in South Korea and Japan earlier this month to speak with senior government officials from both countries about North Korea issues.

While in Tokyo, Yun said during a rare press conference that he did not believe the US was close to using a military option, though it remained on the table.

“Our policy is based on putting pressure as well as leaving the door open for a dialogue,” he said. “I think everyone wants to give diplomacy a good run.”

A high-level North Korean delegation in South Korea for the Winter Games told officials there Sunday that the doors were open for dialogue with the US. The US has said it is willing to hold talks but intends to maintain a pressure campaign on Pyongyang to denuclearize.

Since his appointment as the US special representative for North Korea policy by the Obama administration in October 2016, Yun has been a key player in implementing US strategy and dealing with the limited bilateral relations maintained by the two countries.

US-North Korea relations became increasingly fraught in 2017 when Pyongyang tested long-range missiles it said could reach the US mainland and Washington spearheaded punitive sanctions against the Kim Jong Un regime.

Yun was also instrumental in securing the release of Otto Warmbier, an American college student detained in North Korea for more than a year. Yun and a medical team went to North Korea to pick him up last June.

Yun’s retirement raises further doubts over the Trump administration’s North Korea policy and will likely fuel concerns that the State Department lacks the manpower and expertise to handle the complex negotiations regarding Pyongyang’s nuclear program.

Not only is the State Department dealing with an exodus of career diplomats, top posts that deal with North Korea affairs also remain unfilled.

The Senate has yet to confirm Susan Thornton as the chief diplomat for East Asia and Pacific Affairs, though she has been serving in the role in an acting capacity since March 2017. She was officially nominated in January.

And the White House hasn’t yet appointed an ambassador to South Korea. In January sources told CNN the long-rumored candidate, Victor Cha, would no longer be nominated. In an opinion piece for the Washington Post, Cha expressed opposition to the White House’s consideration of limited military action in North Korea.

“This is the time where we need diplomats and Victor Cha is not there, Joseph Yun after Friday is not there,” said Denmark. “There are still several terrific diplomats in place, but we need their voices to be prominent.”

It’s not clear to what extent Trump is committed to diplomatic efforts to peacefully solve the North Korea nuclear crisis.

At a news conference Friday, Trump said “if we can make a deal, it would be a great thing and if we can’t, something will have to happen.”

President Trump on North Korea: "If the sanctions don't work, we'll have to go phase 2, and phase 2 may be a very rough thing. It may be very, very unfortunate for the world" https://t.co/vTvDomi86z https://t.co/Re8rhQqi39

However, in October, the President appeared to dismiss the State Department’s diplomatic efforts when he tweeted that Tillerson was “wasting his time trying to negotiate with Little Rocket Man,” referring to North Korean leader Kim Jong Un.

“Regardless of what (Yun’s) reasons are, it is very clear that this administration and in particular the White House does not prioritize diplomacy in foreign policy in writ large and on North Korea in particular,” said Michael Fuchs, a former assistant secretary of state for East Asian and Pacific affairs at the State Department who worked directly with Yun.

“What really is concerning is the language that we’ve been hearing out of National Security Adviser (H.R.) McMaster and President Trump and others at the White House about the possibility of military action.”

Yun has traveled the globe tackling North Korean issues, traveling everywhere from Southeast Asia to Russia. His former colleagues describe him as thoughtful, knowledgeable, prepared and funny – the consummate diplomat.

“Without a doubt, this is a huge loss for the State Department and our policy on North Korea,” said Fuchs.