The White House Correspondents’ Association has tapped “Daily Show” contributor Michelle Wolf as the featured entertainer for this year’s dinner.

“I’m delighted to announce ‘Nice Lady’ Michelle Wolf as our featured entertainer this year,” said Margaret Talev, president of the WHCA, in a statement. “Our dinner honors the First Amendment and strong, independent journalism. Her embrace of these values and her truth-to-power style make her a great friend to the WHCA. Her Pennsylvania roots, stints on Wall Street and in science and self-made, feminist edge make her the right voice now.”

White House press secretary Sarah Sanders said “no decision” has been made about the President attending the correspondents’ dinner this year, scheduled for April 28.

Whether or not the president attends, Wolf is ready.

This is true news. https://t.co/CCQkciq5bl

“This is true news,” Wolf tweeted in response to the announcement.

Here are four things to know about the comedian.

1. She has a stand-up special on HBO 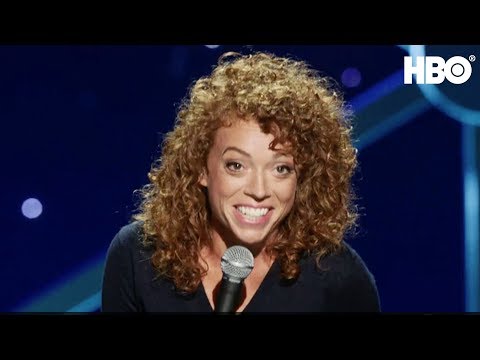 “Michelle Wolf: Nice Lady” generated rave reviews after debuting in December. IndieWire described it as “a glorious overview of life in 2017.”

The hourlong special, filmed in August 2017, touches on many social issues including feminism and the environment.

“I do have a theory on why Hillary lost: I think it’s cause no one likes her,” Wolf says in the special. “You shouldn’t like Hillary. She’s a b—. You have to be a b— to be that powerful. We’re never going to have a nice lady run for president. Nice ladies aren’t in charge of things, and if you’re in charge of something and you think you’re a nice lady, no one else does.”

2. She’s a former writer for ‘Late Night with Seth Meyers’ and others

While she’s most known as a contributor on Comedy Central’s “The Daily Show,” Wolf has held many other writing gigs. She worked on “Late Night with Seth Meyers,” and helped write jokes for Chris Rock during his gig hosting the Academy Awards in 2016. She also opened for Louis C.K. on his 2016 stand-up tour.

3. She’s only the 5th woman to headline the dinner 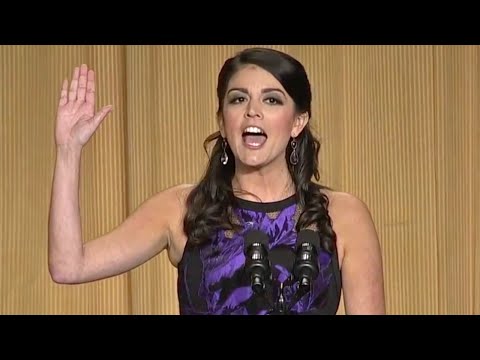 The tradition of having comedians perform at the dinner began in 1983. Since then, only four women have served as headliners: “Saturday Night Live” star Cecily Strong in 2015, Wanda Sykes in 2009, Elayne Boosler in 1993 and Paula Poundstone in 1992.

4. She is only going to get more famous

The White House Correspondents’ Dinner will put Wolf into the national spotlight – but she might not need it.

Netflix announced in February that Wolf will host her own half-hour, late-night talk show, which will premiere later this year.

“With four years of working on shows including The Daily Show and Late Night w/Seth Meyers, it’s now her turn to host,” Netflix said in its news release. “There will be no preaching or political agenda … unless it’s funny.”

Dan Powell (“Inside Amy Schumer”) and Christine Nangle (“The President’s Show”) will serve as co-show runners and executive producers.

Earlier this year, the Daily Beast deemed Wolf “the future of stand-up comedy.”