Oprah Winfrey has shared her thoughts on President Trump calling her “very insecure.”

“I don’t like giving negativity power, so I just thought, ‘What?’” Winfrey said in an interview on “The Ellen DeGeneres Show” that will air Thursday.

Trump’s tweet came after a segment Winfrey did on “60 Minutes” last Sunday in which she had a conversation with Michigan voters who are evenly split in their support for the President. 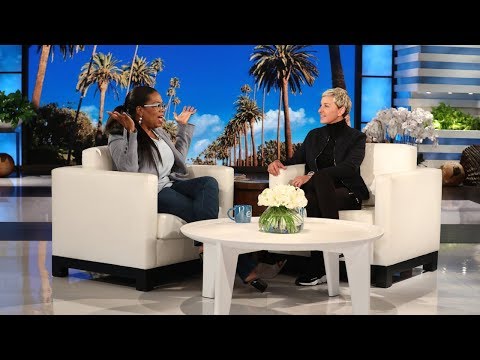 “Just watched a very insecure Oprah Winfrey, who at one point I knew very well, interview a panel of people on ’60 Minutes’. The questions were biased and slanted, the facts incorrect,” Trump wrote in a tweet after the segment aired.

He also addressed speculation Winfrey may run for President in 2020.

“Hope Oprah runs so she can be exposed and defeated just like all of the others!” Trump tweeted.

Related: Stelter: The ‘Oprah 2020’ story isn’t going anywhere. Trump just made sure of that.

Winfrey told DeGeneres she watched the segment again after Trump’s critique to see if she had missed something that seemed biased. Before the original broadcast, Winfrey recalled, producers had even included an additional response from a Trump supporter at Winfrey’s request to ensure balance.

“I was working very hard to do the opposite of what I was hate-tweeted about,” Winfrey said.