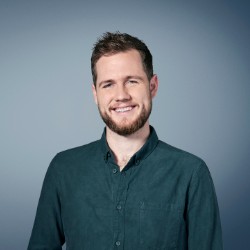 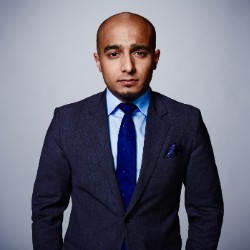 Hundreds of thousands of Rohingya have fled since August

Myanmar and Bangladesh have agreed to resettle as many as 6,000 Rohingyas who are trapped in “no man’s land” between the two countries.

Bangladesh had argued that Myanmar should take them back as they hadn’t yet crossed the border after fleeing violence in Myanmar’s Rakhine State.

“After Tuesday’s meeting, the Myanmar side (accepted) our position, and agreed to take steps to repatriate and resettle these people,” Bangladesh’s Relief and Refugee Repatriation Commissioner Mohammed Abul Kalam told CNN.

Those who have fled have told gut-wrenching stories of systematic mass rape, murder and the burning down of entire villages. The UN and the US say they believe the violence constitutes ethnic cleansing. Myanmar denies most of the allegations.

Much of the border is secured to control migration and the journey by water is a perilous. Hundreds of Rohingya have died attempting to cross the Naf river to enter Bangladesh.

Sent home from no man’s land

Kalam, the Bangladeshi commissioner, said the people trapped in no man’s land would be moved as part of a United Nations-supported repatriation effort to return the Rohingya Muslims back to Myanmar, though no timeline was given.

The UN estimates there are roughly 5,300 people stranded between the two countries. Exact figures aren’t known because the refugees haven’t gone through a verification process.

The United Nations refugee agency said Tuesday that representatives of the stranded group had indicated they fear returning to Myanmar and said that “people who have fled violence in their country must be guaranteed safety and protection, and must be consulted on their future.”

“Any decision to return must be voluntary, based upon a free and informed choice,” UN spokesman Andrej Mahecic said.

Bangladesh has struggled to cope with the massive influx of people pouring across its borders. Leaders in Myanmar and Bangladesh agreed to a repatriation process last year that was meant to start in January, but no Rohingya have returned to Myanmar so far.

In addition to those stranded between Myanmar and Bangladesh, authorities in Dhaka on Friday submitted a list of names for 8,032 people that the government would like to repatriate, according to both Kalam and Myanmar state newspaper The Global New Light of Myanmar.

The Myanmar government has asked Bangladesh to provide further information before responding, according to Myanmar’s state newspaper.

Many Rohingya living the Bangladesh camps says they do not want to return to villages already burned to the ground without guarantees for their safety and that they won’t face discrimination.

Amnesty International has described the repatriation process as “alarmingly premature” and a “terrifying prospect.”

The Rohingya have long faced persecution in Buddhist-majority Myanmar, which describes them as illegal immigrants from Bangladesh – effectively denying them citizenship – despite the fact that many families can trace their roots back hundreds of years.

Many of the refugees fled with nothing and lost everything, which would make it difficult for authorities to verify their identity and roots.

Another concern among the Rohingya is that the refugees will be repatriated to temporary camps inside Myanmar with no guarantees on if and when they would be able to return to their villages.

Some refugees that fled violence in 2012 and agreed to repatriation are still in camps and not allowed to return home.

CNN’s Rebecca Wright and Joshua Berlinger contributed to this report