Caught flat-footed by the suddenly increasing popularity of the GOP tax plan, leading Democrats are urging the party’s candidates to ignore the day-to-day controversies surrounding President Donald Trump’s White House and focus their campaigns on the economy.

The scramble to reignite opposition to a tax plan that was deeply unpopular when it passed in December but is now seen favorably by about half of voters comes as Democrats fear that their chances of claiming House and Senate majorities in November’s midterm elections are slipping.

FILE - In this April 4, 2017, file photo, the Capitol is seen at dawn in Washington. Top Capitol Hill negotiators are reporting progress toward a long-sought agreement on a massive $1 trillion-plus spending bill that would fund the day-to-day operations of virtually every federal agency through Oct. 1. The House and Senate have until Friday at midnight to pass the measure to avert a government shutdown. (AP Photo/J. Scott Applewhite, File)
J. Scott Applewhite/AP

Backed by the Koch brothers’ network’s spending on television ads, Trump and Republicans have aggressively sold the tax plan by highlighting the $1,000 bonuses some businesses have handed out – contrasting that with House Democratic leader Nancy Pelosi’s characterization of the plan as “the crumbs that they are giving to workers to kind of put the schmooze on.”

“I recognize that something was in there. And where I come from, anything makes a difference,” Luján said.

Democrats know the argument they want to make: The bill’s benefits overwhelmingly go to corporations and the wealthy. “It was upside down. The split is off. It doesn’t add up,” Luján said.

But they’ve been drowned out by Republican super PACs that pumped money into selling the tax bill. The Koch brothers poured $20 million into an advertising campaign to get the bill passed and are spending another $20 million to sell its benefits. The Koch-affiliated Americans for Prosperity this week is launching $4 million campaigns against Democratic Sens. Joe Donnelly of Indiana and Claire McCaskill of Missouri, blasting them for voting against the tax plan.

The Democratic coalition group Not One Penny has led the advertising effort against the bill – spending $5 million opposing it before its passage, with another $5 million planned.

A new Not One Penny spot targeting Rep. David Young of Iowa features a pie-maker calling the tax bill “a bad deal – it doesn’t matter how you slice it” and calls on Young, an endangered Republican, to repeal the bill. 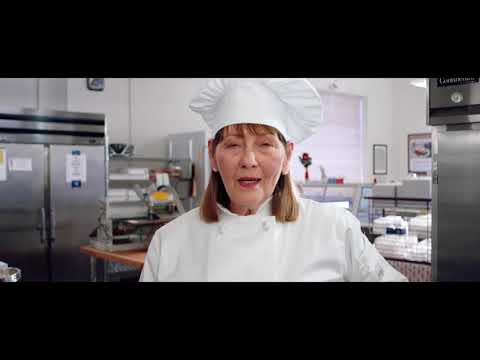 “We need to have more conversations across the country about economic issues that are facing the people. And the more we do that, the stronger we will be,” Luján said.

His comments came the day after Democratic super PAC Priorities USA issued a memo warning that debate over the tax plan “has been relatively one-sided recently and voters have not heard nearly as much from Democrats.”

The group urged Democrats not to “allow themselves to be sidetracked and distracted by Trump’s latest tweets,” the same concern Republican strategists have long expressed for their own candidates.

“Democrats continue to have winning messages on health care and the economy, but right now voters are not hearing them. That must change,” the Priorities USA memo said.

Trump’s approval rating, once stuck in the low 30s, has now topped 40% in several polls – largely due to a strong economy. With it, the Democratic advantage in a generic congressional ballot – once in the mid-teens – is now in single digits.

The biggest legislative accomplishment for the GOP – the tax bill – once looked like a political anchor that would weigh down the party’s incumbents. Now, though, polls show that roughly half of voters favor the measure.

Republican strategists say the driver of the tax plan’s increased popularity has been the business community. Democrats, they say, were ready to argue that corporations were benefiting much more than middle-class Americans from the plan – but they did not anticipate that businesses would quickly hand out sizable bonus checks in response to its implementation, drawing positive media attention to the Republican effort.