Sixteen women who spoke to CNN accuse their voice coach of engaging in various forms of sexual misconduct from the early 2000s to September 2017.

They're not celebrities. Their voice coach isn't either. But #MeToo changed their lives.

By Brynn Gingras and Emanuella Grinberg, CNN
Photographs by Kendrick Brinson and Kholood Eid for CNN

This article contains detailed accounts of sexual abuse in text and audio.

New York (CNN)Samantha Shulman isn't a celebrity. Neither is the man that she and at least 15 other women have accused of various forms of sexual misconduct. But #MeToo is changing their lives.

Shulman was 27 years old when she started seeing respected voice coach Peter Rofé in 2004. She had moved to New York from Arizona with her best friend a few years earlier. She hoped to turn her experience as a radio DJ into a lucrative career doing voice-overs in television and radio ads.
Shulman said she had been working with Rofé for more than six months when he locked the door of his Manhattan studio during a session. She said he persuaded her to take off her shirt so she could get more into the read. He told her that her voice turned him on, she said, and "he took his penis out."
"He asked if I wanted to touch it, and then he reached down and he touched my breast," Shulman said. "I remember putting my shirt back on, and I didn't say anything. I was in shock."
For years, Shulman carried the guilt and shame of the encounter, she said. She had no idea other women had similar stories about him. Then, #MeToo erupted, and she learned she wasn't alone.
Read More
Samantha Shulman says her voice teacher exposed himself and groped her during a session.
As women across the country came forward in October with stories of sexual harassment, some former clients of Rofé also had allegations to share. They found each other online and formed a private Facebook group with two goals: supporting each other and finding allegations that could lead to a viable case for prosecution.
Sixteen women from the group spoke to CNN, accusing Rofé of various forms of sexual misconduct from the early 2000s to September 2017. Eight of those women filed formal complaints with the NYPD's Special Victims Division, a law enforcement source told CNN. Two other women also filed complaints, but declined to speak with CNN.
Rofé declined to comment when reached by phone. He directed inquiries to his lawyer, who denied wrongdoing on his behalf.
"For many years, Mr. Rofé has been a wonderful teacher and mentor to those aspiring to a career in voice-overs. He is proud of his clients and their achievements, and has always acted professionally and respectfully," Andrew Miltenberg said in a statement.
Rofé came up on law enforcement's radar before #MeToo. Another law enforcement source said he was arrested based on allegations that he exposed himself during a recording session in 2004. The case was dismissed and the record was sealed, though the reasoning is unclear, the source said.

In January, inspired by the national conversation about sexual misconduct, Shulman sought out Rofé's Yelp page. She saw a comment criticizing his business practices and couldn't resist the urge to comment. 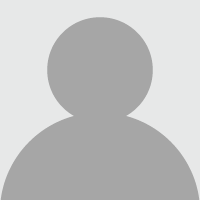 #MeToo Peter Rofe! Young women be warned. This man gets naked in hopes you will too. Do not work with him! Unless you want to get sexually assaulted and