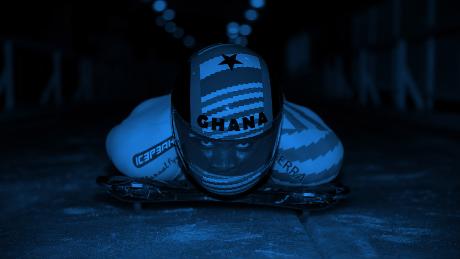 (CNN)Growing up in a one-room home in Ghana, Akwasi Frimpong never envisaged he would one day race down a South Korean mountain with his chin resting three inches above the ice.

Yet in a freezing Pyeongchang, South Korea, Frimpong will reach speeds of 90mph as his country's first skeleton athlete in the history of the Winter Olympics.
The 31-year-old's remarkable journey has taken him from a single five-by-four meter room in Kumasi, Ghana's second most populous city, to a globe-trotting life of travel and adventure as an international sportsman.
It's been a journey fraught with setbacks. Along the way, Frimpong has been a 200m sprinter, a bobsled brakeman, a student and an entrepreneur -- but always a dreamer that refuses to accept defeat.
"I battled for 13 years," Frimpong tells CNN Sport. "Giving up was an option, but being patient and persistent nurtured the champion from within. Me going to the Games is a message to anyone out there that is dreaming of something big."
Read More

Aged eight, Frimpong followed his mother to the Netherlands in pursuit of a better future, withdrawing books from the local library to learn Dutch. Adapting to his new surroundings proved very difficult.
"I had never seen a white person in my life, and I was not in my normal comfort zone with friends and family in Ghana," he says. 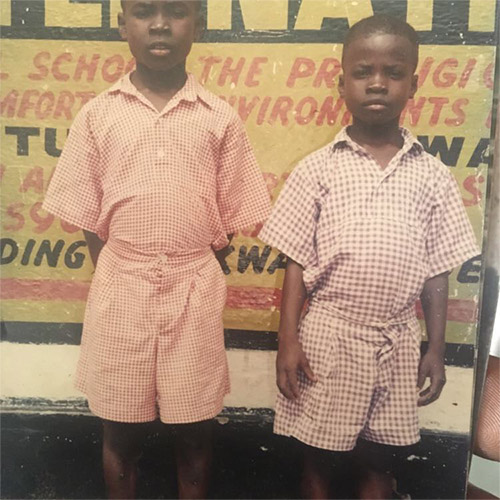 I had never seen a white person

He discovered a talent for sprinting at high school in the summer of 2001 and was quickly taken under the wing of two-time Surinamese Olympian turned athletics coach, Sammy Monsels.
He thrived, and two years later became the Dutch junior 200m champion.
"Within 18 months, not only was I the best in my city, but I was the best in my country and won my first gold medal," says Frimpong. "From then on, I knew anything is possible as long as you believe in yourself and you want it bad enough." 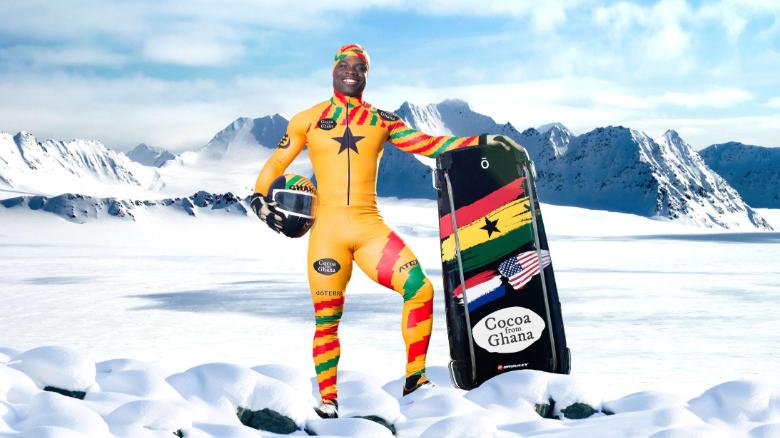 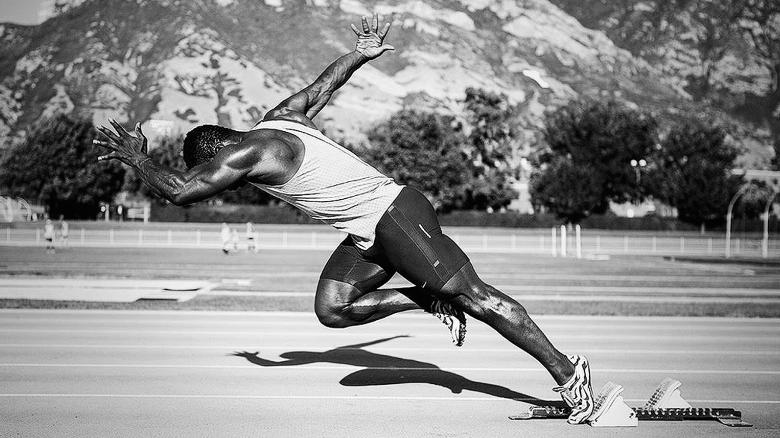 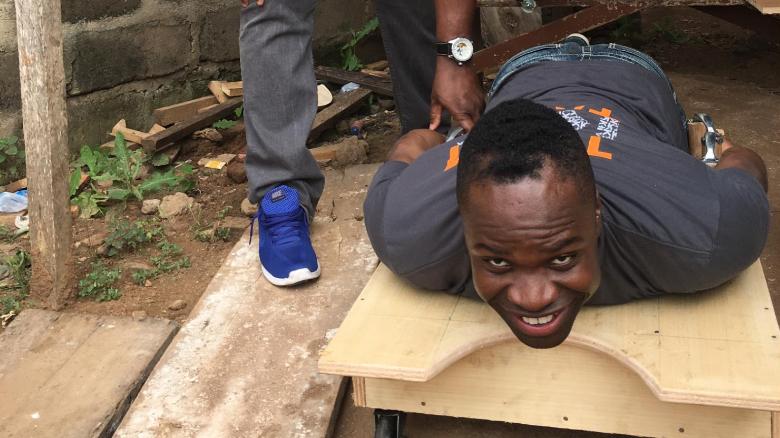 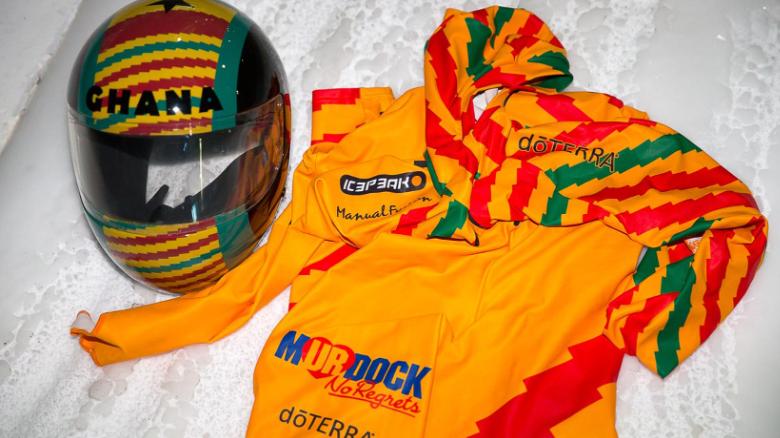 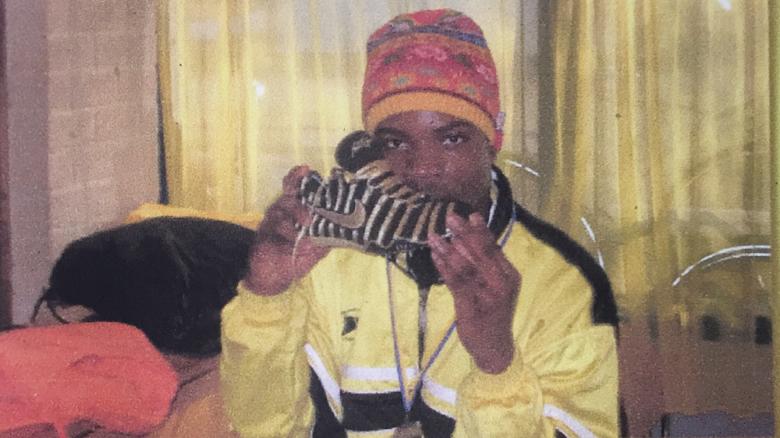 But Frimpong was hiding a secret -- he had entered the country illegally. Competing internationally was simply not viable. He told his coaches that he had lost his passport and, reluctantly, Frimpong turned down offers to pull on the fabled orange vest of Holland. 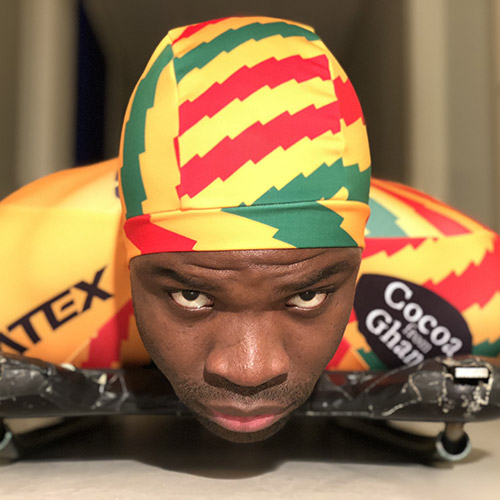 I couldn't be there because of my illegal status

"For being the fastest boy in the Netherlands I was desperate and sad," says Frimpong. "I cried every day ... I felt like I was living in an isolated jail. A big part of my youth was taken away."
His fortunes changed when he started studying public relations, marketing and communications at Amsterdam's Johan Cruyff College in 2004.
Cruyff, one of football's most progressive thinkers, would visit the college from time to time, giving pep talks and inspiring the students. Frimpong grabbed the opportunity with both hands, earning the International Student of the Year award for his endeavors both on the track and in the classroom.
"I was supposed to receive the award from Cruyff in Barcelona and he found out I couldn't be there because of my illegal status," remembers Frimpong, who graduated in 2007.
Instead, Cruyff traveled to Amsterdam to give him the award. The gesture gave Frimpong enormous self belief.
"He fought for me in the media to tell my story ... he saw me as a person and not just a number like the Dutch immigration officials did," says Frimpong.
'I have to sprint and dive on the sled...'
'Navigate a mile of ice track at 80-90mph...'
'With my chin three inches from the ice'