Buckle up, folks. There’s a ton of news out there, so let’s get straight to it. Here’s what you need to know to Get Up to Speed and Out the Door. (You can also get “5 Things You Need to Know Today” delivered to your inbox daily. Sign up here.)

Global markets tumbled this morning, following the stunning 1,175-point drop of the Dow. That was its worst point drop on record for one day. The 4.6% decline was the stock market’s worst day since August 2011 and wiped out all this year’s gains. It also erased a quarter of the “Trump rally.” It’s unclear what will happen today: US futures were down overnight, then started to recover.

Why is this happening? The hot economy may be a little too hot. Unemployment’s so low that we finally saw decent wage growth in the latest jobs report, sparking inflation fears. And that, in turn, worries investors that the Fed will be more aggressive in raising interest rates to cool everything down.

So, what should you do? Probably nothing. It’s best to play the long game with stocks, and the market had been so hot that it had to cool down eventually.

President Trump’s willing to give 1.8 million undocumented immigrants a pathway to citizenship. The price? About $25 billion for his long-promised border wall. The immigration framework would help DACA-eligible people become citizens but also stop family migration beyond spouses and minor children, end the diversity visa lottery and make it easier to deport people. The White House calls the proposal a “dramatic concession.” One Democrat called it “a legislative burning cross,” so no, the Dems don’t like it. Conservatives with more hard-line views on immigration aren’t big fans of the proposal either.

Meanwhile, House Republicans plan a vote today on yet another short-term spending bill to keep the government open. The government shuts down Thursday unless a spending deal is reached. The bill, which would keep the lights on through March 23, would also fund the military for a full year. That’d pass the House, but it’d be DOA in the Senate. Combine that with lingering uncertainty over a DACA deal, and, well, who knows how this will play out.

Are civilians in Syria being attacked with chemical weapons again? The Syrian National Coalition, made up of opposition groups, thinks so and wants the UN to stop it. There were reports over the weekend that chlorine gas attacks took place in Idlib province, but CNN hasn’t independently verified those claims. Russia, an ally of Syria’s government, has ramped up airstrikes there after one of its pilots was shot down and later killed in an exchange of gunfire.

Fifteen-year-old Bailey Holt called her parents after the shooting at Marshall County High School, in what would be one of the last acts of her life. Her mother said Bailey “couldn’t say anything” during the call and there was nothing but “chaos” in the background. Bailey died at the school, one of two students killed in this week’s shooting. Her parents called her a “perfect daughter” who wanted to be a nurse. Authorities haven’t ID’d the 15-year-old suspect in the shooting, who is charged with two counts of murder and 12 counts of first-degree assault. Classes resume at the school this morning.

Meantime, officials in Cape Town pushed back their projections for “Day Zero” – the day the South African city’s taps are expected to run dry – to May 11, citing a decline in agricultural water use.

Amid flu fears, the Olympic facilities in Pyeongchang, South Korea, now battle a norovirus outbreak, just days before the Games start. At least 41 security guards have been hospitalized with vomiting and diarrhea. To stop the disease’s spread, the other guards have been pulled and replaced with 900 military personnel.

If “Frasier” was the perfect sitcom (it was), then John Mahoney was perfectly cast as the cranky but loveable Martin Crane. He died at age 77.

“The Cloverfield Paradox” made a big splash during the Super Bowl, then critically crashed and burned when it popped up hours later on Netflix.

If you’ve never seen Paul Simon live, you’d better hurry. The music legend’s next tour will be his last.

‘Got a Christmas tree fire’

That’s how many people that watched the Super Bowl, down from last year’s 111 million.

It “will either be a great rocket launch or the best fireworks display they’ve ever seen.”

Elon Musk, expressing great confidence in today’s test launch of The Falcon Heavy, which may be the world’s most powerful operational rocket 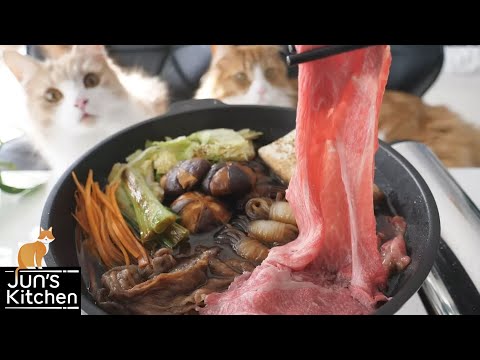