Of course it sucks for Joe Manchin. Here’s why

Sen. Joe Manchin has been on a mission the last few weeks to spread the word that “Washington sucks,” as if people didn’t know.

At first, the West Virginia Democrat made the complaint because of the way the House and Senate are run – with an iron fist by the party leaders in charge of the bodies (right now, it’s Republicans, but you can bet that Democrats would control which bills get votes in just about exactly the same way). There’s an emphasis on party loyalty, bills are produced outside of regular order.

The latest reason Manchin says Washington sucks is that Republicans, in the form of Vice President Mike Pence – and President Donald Trump is sure to follow – are targeting him, in particular for his opposition to their tax reform law.

“In WV a few months ago & I spoke to the WV Chamber of Commerce. @Sen_JoeManchin was there – & I looked him in the eye and I told him, ‘Joe, the people of the Mountain State are counting on you,’ so let’s ‘get this tax cut done together.’ But #JoeVotedNo.” Pence tweeted Wednesday.

That drew a statement from Manchin driving home his point about Washington sucking.

“The vice president’s comments are exactly why Washington Sucks,” Manchin said. “I’m disappointed in his comments but will continue to work to make Washington work so West Virginia and our country work.”

It might suck, but Manchin’s predicament should come as no surprise to him or anyone else.

He’s something of a unicorn in the nation’s capital – a Democrat who represents West Virginia, which has become one of the reddest states in the country. He opposed the tax bill, but was among the few from his side of the aisle to stand and applaud portions of the State of the Union address Tuesday, for instance.

How red has West Virginia become? Gallup released a survey of Trump’s job approval by state in 2017. He got the highest approval rating in … West Virginia, where they gave him a 61% approval rating. National polls have him well below 50%. (Republican lawmakers, by the way, are holding a retreat at the Greenbrier there Thursday and Trump spoke to attendees. He’s visited the state twice before as President already.)

West Virginia has realigned its party preference around Joe Manchin, by the way. He was governor before he was senator, and back then – not that long ago! – the state had two Democratic senators. It was a swing state until about the George W. Bush administration. But as national Democrats have focused on climate change as an issue, they have become less friendly in the coal-dependent state. Trump has put himself forth as a champion of coal. It’s harder and harder for someone like Manchin to represent the state’s interest as a Democrat.

That was evident when he won his came to the Senate in a special election to fill the term of Sen. Robert Byrd after he passed away. Manchin ran an ad where he literally fired a bullet from a rifle into “cap and trade” legislation that Democrats, who were then in charge, pushed as a way to combat climate change. The ad also made very clear he had the backing of the National Rifle Association (which he’s since lost). Manchin has been flouting party orthodoxy for his entire time in DC. 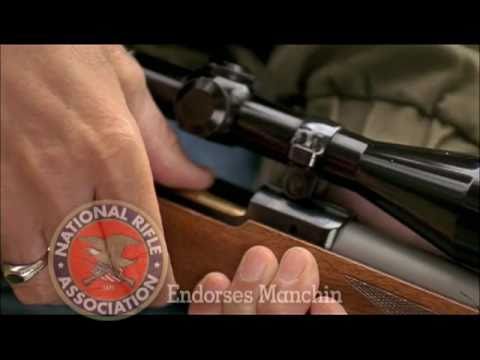 Control of the Senate matters very much for Trump and his Republican fellows. That tax bill – their signature (and really only) legislative achievement so far – was passed with some creative interpretation of Senate budget rules that allowed them to bypass the filibuster and pass the law to fundamentally change the country’s tax system with a bare majority of 51 senators. It was 52-48 until Democrats scored an upset with the election of Doug Jones in deep red Alabama. If they didn’t control the Senate, that tax bill never would have come up for a vote, at least not in a way that permanently cut the corporate tax rate from 35% to 21% and unduly effected blue states with higher state and local taxes.

That’s a job that seems eminently achievable in the House, where, according to Gallup, the President’s party traditionally loses an average of 36 seats in a midterm in which the President’s approval rating is below 50%. Democrats need 24 to take the majority. Trump’s approval rating, while it has improved since the passage of a marquis tax bill, is currently teetering in the high 30s and low 40s, depending on the poll.

It’s a different story in the Senate, where the national sentiment seems to favor Democrats in 2018, but the electoral map favors Republicans, who are defending just 8 seats compared to Democrats’ 26.

In CNN’s Key Race ratings released this week, Republicans are defending only two seats rated as “tossup” and Democrats are defending three, including Manchin’s.

In order to take control of the Senate, Democrats essentially have to keep all of their own seats and take two from Republicans. If Manchin loses, they have to take a seat that currently leans Republican. It’s the political equivalent of shooting the moon. The margins, no matter what, are going to be incredibly thin. This ain’t going to be beanbag in 2018.

And it’s not going to be easy for either party. West Virginia isn’t the only state where the President is popular and Democrats are hoping to re-elect a senator. Trump’s approval rating was at 57% in North Dakota and 52% in Montana, where Democratic Sens. Heidi Heitkamp and Jon Tester, respectively, hope to hang on. Despite Trump’s popularity there, CNN rates Heitkamp and Tester in the “Lean Democratic” column. Trump is at 50% in the Gallup poll in Tennessee, Democrats’ only real (and this may be wishful thinking for them) pickup opportunity in a red state. The two seriously competitive Republican-held seats are in Nevada and Arizona.