A brief history of female politicians being told to smile

“I think she should smile a lot more often. I think the country would be better for it,” Sanders said of Pelosi’s stony expression during President Donald Trump’s State of the Union address.

The remark was far from the first time that a woman in a powerful leadership role has been given the suggestion to “smile more,” a directive that is regarded by many as sexist.

Here’s a brief look back at the times that female politicians on both sides of the aisle have been told to smile:

Following Hillary Clinton’s primary victories in March 2016, NBC’s Joe Scarborough was lambasted for a tweet telling Clinton to “Smile. You just had a big night.”

In early September 2016, then-Republican National Committee Chairman Reince Priebus criticized Clinton’s demeanor during a national security forum. In a tweet, Priebus slammed Clinton for seeming angry and not smiling more during the event. At the first presidential debate against then-candidate Donald Trump weeks later, some on social media suggested that Clinton smile less.

Clinton addressed the issue in an interview with CNN’s Anderson Cooper in March 2016. Asked if she believed that being told to smile more was sexist, she responded, “Well let me say, I don’t hear anybody say that about men.”

“And I’ve seen a lot of male candidates who don’t smile very much and who talk pretty loud. So I guess I’ll just leave it at that,” Clinton said.

Republican presidential candidate Carly Fiorina hit back at her detractors during an October 2015 primary debate. Asked by the moderators what her biggest weakness was, she replied: “Gee, after the last debate, I was told that I didn’t smile enough.”

Her comments came after Trump suggested her appearance made her unelectable.

Carly Fiorina: I Was Told I Didn't Smile Enough | CNBC 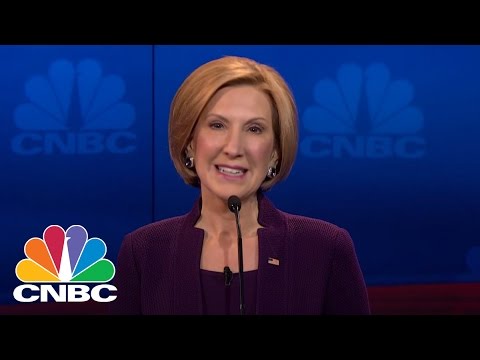 A 2005 Seattle Times column describes how Sen. Maria Cantwell had earned the nickname “Maria Cant-Smile” due to what the writer described as a “serious, almost cold, personal demeanor.”

Wayne Anthony Ross, who had been nominated by then-Alaska Gov. Sarah Palin as state attorney general, said in his confirmation hearing in 2009 that Palin “needs to smile more,” according to The New York Times.

And last week, former television host Rosie O’Donnell tweeted a picture of Democratic Sen. Patty Murray, along with the caption “who is that woman and why is she always frowning.” Twitter users were quick to admonish O’Donnell, replying with highlights Murray’s achievements in Congress.