Rep. Wilson: Clinton should have fired adviser accused of harassment 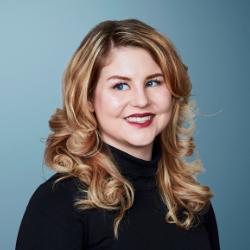 Rep. Frederica Wilson, D-Florida, said Monday that Hillary Clinton should have fired an adviser on her 2008 campaign when the person was accused of sexual harassment.

Wilson at first asked CNN’s Poppy Harlow if she was “sure” that Clinton, a fellow Democrat, was aware of the allegations facing faith adviser Burns Strider. When Harlow explained to Wilson that the 2008 candidate was aware, the congresswoman then said Clinton should have fired Strider “on the spot.”

Two sources who worked on the 2008 campaign told CNN last week that Clinton decided not to fire Strider against the recommendation of her campaign manager. A female campaign staffer had accused Strider of harassment that included inappropriate touching, kissing her forehead and sending her suggestive emails, the sources said. The woman shared an office with Strider.

After hearing of the complaint, Clinton campaign manager Patti Solis Doyle and other senior aides urged Clinton to fire Strider, but Clinton declined to dismiss him and kept him on for the rest of her failed run for the Democratic nomination, the sources said.

“Patti wanted him out but she was overruled,” one source said.

In a tweet late Friday, Clinton said she was aware of the accusations and had addressed them when they happened.

“A story appeared today about something that happened in 2008. I was dismayed when it occurred, but was heartened the young woman came forward, was heard, and had her concerns taken seriously and addressed,” she tweeted.

“I called her today to tell her how proud I am of her and to make sure she knows what all women should: we deserve to be heard.”

The woman was moved out of the office where she had been working with Strider, one source said, and the faith adviser was punished by having his pay docked for several weeks, having his title changed and being required to undergo sexual harassment training.

Wilson also revealed why the latest development in her longstanding feud with Clinton’s 2016 rival, President Donald Trump, will be a refusal to attend his State of the Union address Tuesday.

When asked by Harlow why she won’t attend, the Florida congresswoman responded, “to go would be to honor the President and I don’t think he deserves to be honored at this time, after being so hateful towards black people and then black countries, Haiti and the whole continent of Africa.”

Wilson was referring to Trump’s recent comments in which he reputedly decried people coming to the US from “shithole countries.”

She continued, “It hurts and he has brought the White House to the lowest and I don’t think he needs to be honored with my presence.”

Her decision to skip the address is the latest in a months-long feud with the President that began in October. Wilson claimed Trump told the widow of a US serviceman killed in an ambush in Niger that “he knew what he signed up for, but I guess it still hurt.”

Trump responded at the time, tweeting he had “proof” Wilson “totally fabricated” what he said.