How Jessica Chastain got Octavia Spencer five times the pay

By Lisa Respers France, CNN
Published 8:49 AM EST, Fri January 26, 2018
Link Copied!
Octavia Spencer says Jessica Chastain helped her get a pay raise for their next film together.
Chelsea Lauren/BEI/REX/Shutterstock

Spencer shared the story at Sundance

Chastain has been championing women in Hollywood

According to Octavia Spencer, Jessica Chastain isn’t just talking about pay disparity in Hollywood – she’s doing something about it.

Spencer appeared recently on the Hollywood Foreign Press Association’s “Women Breaking Barriers” panel at the Sundance Film Festival and shared a story about how her costar in “The Help” stepped up to help her make more on a new film.

The pair are appearing together in an upcoming comedy and Spencer said last March their talk turned to the lack of pay equality for women in Hollywood.

The Academy Award-winning actress said she and Chastain were talking passionately, “dropping F bombs” and all, about the need for women to be paid as much as their male counterparts.

“I said, ‘But here’s the thing, women of color on that spectrum, we make far less than white women,’” Spencer recalled. “So, if we’re gonna have that conversation about pay equity, we gotta bring the women of color to the table.” 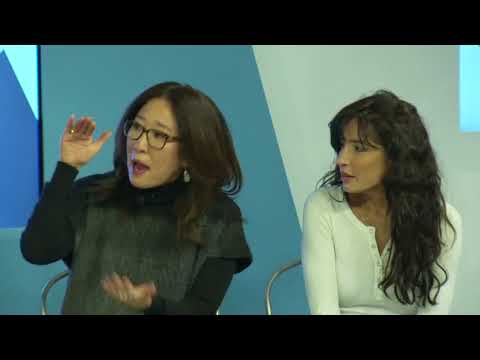 Spencer said Chastain, who had no idea there was another disparity, went quiet.

The recollection made Spencer visibly emotional.

“I love that woman, because she’s walking the walk and she’s actually talking the talk,” Spencer said through tears. “[Chastain] said, ‘Octavia, we’re gonna get you paid on this film.’”

Spencer, who made history this week by becoming the first African American actress to be nominated for multiple Academy Awards after a win (she took home the best supporting actress Oscar for “The Help” in 2012 and was nominated in the same category for “Hidden Figures” last year and “The Shape of Water” this year), said the “Molly’s Game” star made her a pledge.

Related: Oscar nominations are here - Did your favorite films make the cut?

“She said ‘You and I are gonna be tied together. We’re gonna be favored nations, and we’re gonna make the same thing. You are going to make that amount,’” Spencer said. “Fast-forward to last week, we’re making five times what we asked for.”

And Spencer isn’t the only one to get paid.

According to the Washington Post, Jada Pinkett Smith said during a diverse storytelling panel at Sundance that Chastain also negotiated more money for her for the same film.

“It’s nice to go out and march, we can do that. It’s nice to wear black at the Golden Globes,” Pinkett Smith said. “But what are we doing behind closed doors? And I got to give our sister Jessica Chastain her props.”

Last May, remarks from Chastain went viral when she used the closing press conference for the Cannes Film Festival jury to issue a sharp rebuke on the way women were depicted in the year’s films.

“It was quite disturbing to me to be honest,” the “Miss Sloane” star said. “There are some exceptions, I will say, but for the most part I was surprised with the representation of female characters on screen in these films.”