Trump at odds with Kelly as familiar pattern unfolds 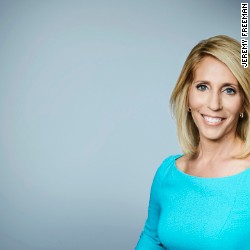 It was, as one source would later describe, "a warning shot"

President Donald Trump has grown increasingly frustrated with his chief of staff John Kelly – a sentiment that, according to several sources, crystallized Wednesday evening in the West Wing and echoed previous episodes of tension between the President and a chief of staff.

Just hours away from departing Washington for the World Economic Forum in Davos, Switzerland, Trump – already dressed in his overcoat – stood up from the Resolute Desk, strode out of the Oval Office and made his way to Kelly’s office, where he upended an immigration briefing with a room full of reporters for the next 10 minutes.

It was, as one source would later describe, “a warning shot” from a freewheeling President who has felt more and more undermined by his structured chief of staff.

For Oval Office watchers, a familiar film reel is playing on the screen: An irritated president. An outspoken chief of staff. A missed trip.

Kelly was in the middle of a story when Trump entered the room, to the surprise of reporters and White House staff. It was a rarity for a President who hardly ever enters staffers’ offices. Typically, when someone wants to speak to Trump, they go to him.

“Hello everybody, how’s he doing, OK?” Trump asked Wednesday night, speaking of Kelly. “I think by the way he’s doing great. He’s doing great. Fake news yesterday, or two days ago. I rarely put out a tweet, praising somebody, but only when they get a false story.”

The impromptu press conference set off a scramble inside the White House press shop, with staffers were left wondering: “What just happened? What do we do? What did he say? And was it on the record?”

Though White House staffers insisted to CNN that he coordinated his drop by with Kelly beforehand, Trump, already frustrated with the idea that Kelly is managing him, put him “in a box” once the briefing ended, according to a source familiar with the interaction.

Trump then boarded Air Force One for the 9-hour flight to Davos, while Kelly remained behind in Washington to work on immigration reform.

The flare-up was just the latest episode that highlights how the relationship between the two has evolved since Kelly was brought in to replace Reince Priebus last July. Trump has been privately annoyed with Kelly since his interview on Fox News last week when he said Trump had “evolved in the way he’s looked at things.” The interview set Trump off – he “hated” his comments, one person familiar with his mood told CNN, and spent the evening calling friends and allies to complain about it. Trump later insisted that his relationship with his chief of staff is fine.

Sources who are close to the President say he feels Kelly doesn’t respect him, and only pays him lip service. Aides have privately wondered about how dismissive of Trump Kelly is when he is out of earshot, noting that Kelly has told colleagues he is incredibly media savvy and has bragged about the positive coverage he received when he worked for the Joint Chiefs of Staff.

Kelly has been extremely careful to avoid giving the impression that he is somehow managing Trump – which people close to him say is a conscious effort.

Trump’s frustration with Kelly is evident, but some sources caution that talk of discord is planted by Trump loyalists who have seen their access to the President dwindle in light of Kelly’s strict policies.