The GOP appears to be going a little crazy 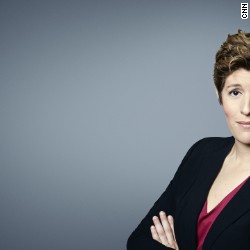 Editor’s Note: Sally Kohn is a CNN political commentator and the author of the forthcoming book “The Opposite of Hate” (April 10, 2018). Follow her on Twitter: @sallykohn. The opinions expressed in this commentary are hers.

One FBI lawyer texted an FBI agent with an apparent joke about a “secret society” and Republicans went crazy. By which I mean, crazier than usual. The problem is that in doing so they have implicitly enforced a set of rules some Republicans themselves frequently, flagrantly violate.

It started with the discovery last summer that FBI agent Peter Strzok had exchanged anti-Donald Trump text messages with a colleague, Lisa Page. Special Counsel Robert Mueller removed Strzok from the Russia investigation team (Page had already left the investigation before the discovery of the texts).

But the agent’s prompt dismissal then – and the Justice Department’s announcement Thursday that it had recovered a trove of texts between the two that had gone missing – hasn’t stopped Republicans from trying to use this cooked-up controversy as an excuse to scuttle the entire Mueller probe.

Republicans have been trying to suggest that Strzok is just the tip of the iceberg and, fundamentally, that he couldn’t possibly have been impartial and fact-based in the Russia investigation.

Hence conservatives latched onto the “secret society” text, a text that existed for them completely out of context, didn’t mention Trump or Republicans at all, was, incidentally, written by Page, not Strzok, and – as most of us who have ever used our thumbs to tap out a message can probably similarly attest – was probably a joke.

Related Video A guide to accusations against the FBI

I myself have texted about being a part of a cult, a gang, a dance crew, an entourage and, yes, even a secret society (I searched my texts). And no, none of these things are true.

Seriously: If you were in “secret society,” would you go around texting about it?

Indeed, a chief purveyor of this conspiracy nonsense, Wisconsin Sen. Ron Johnson – the chairman of the Senate Homeland Security Committee – had to admit Thursday that the reference to a “secret society” could have been said in jest, not as part of an anti-Trump plot, complete with “off-site” meetings, which he had earlier alleged without proof.

In all, we have been given a window into the crazed desperation of Republicans as they try to protect a presidency that is, at best, messy, and at worst, wreaking long-term havoc on America’s principles and policies – not to mention the political prospects of the GOP. In a singularly weird exchange with CNN’s Chris Cuomo Wednesday, Republican Congressman Matt Gaetz – who, importantly, serves on the Judiciary Committee – called the then-missing text messages the “greatest coincidence since the immaculate conception.” That’s just weird. And desperate.

At the same time, what we’re not talking about is the overarching implication by some Republicans that a government agent cannot fairly conduct an investigation if that agent is in any way on the other side of the political fence from the person or group he or she is investigating. Should only FBI agents who have never expressed political views at all in any aspect of their lives whatsoever be on the Mueller team?

Good luck finding any of those unicorns in America.

Similarly, every time Republicans chant about how Hillary Clinton should be investigated and locked up – which they do with ridiculous frequency even a year after the election – I somehow don’t hear the part where they say she should only be investigated by non-partisan and/or Democratic FBI agents.

Let us note here that former FBI director James Comey was a registered Republican for most of his adult life but that hasn’t stopped Republicans from insisting he did not fairly investigate Hillary Clinton in the first place.

Republicans are pretending to seek facts and answers but their actions make clear that they just want the facts that fit their agenda.

It doesn’t actually matter whether or not Hillary Clinton committed a crime, because Republicans want her to be guilty.

It doesn’t actually matter whether Trump’s campaign did or didn’t collude to influence the election, or whether Trump illegally fired the FBI director, because Republicans want him to be cleared of everything.

In an era where Trump has led half the country to label legitimate facts and information that they simply disagree with or don’t like as “fake news,” the tactic is spreading. The GOP is now labeling any investigation that isn’t spearheaded by Republicans, to serve a Republican agenda, as fake, too.

And for the record, when I write that I think Republicans have formed a secret society for hypocrites, I’m only half joking.