With Nassar judge, victims get their avenging angel 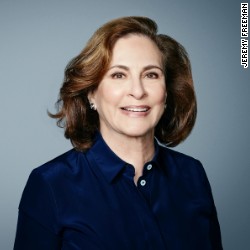 Editor’s Note: Peggy Drexler is a research psychologist and the author of “Our Fathers, Ourselves: Daughters, Fathers, and the Changing American Family” and “Raising Boys Without Men.” She is currently at work on a book about the failings of feminism. The opinions expressed in this commentary are hers.

As she sentenced former USA Gymnastics team doctor Larry Nassar to up to 175 years in prison for decades of sexual abuse against girls entrusted to his care, US Circuit Court Judge Rosemarie Aquilina established herself as a booming voice at a moment of cultural reckoning.

From her seat at the center of a hall of justice, the message she delivered on Wednesday was loud and very, very clear: Woman will no longer be silenced.

Certainly not on her watch. She hinted strongly at this in the days before the sentencing, when the judge invited Nassar’s victims to address the court and their abuser. Victim impact statements are a fairly standard part of sentencing protocol, of course – but hearing this many is not.

Aquilina opened her courtroom to every woman who decided she had something to say, even at the last minute, even though she had more than enough evidence to determine her sentencing after hearing from just a tiny fraction of the victims. In the end, more than 150 came forward, many to talk about their abuse for the first time.

A hearing that might have otherwise taken a day or two lasted seven. When Nassar wrote Aquilina a letter saying he could not bear to hear a week’s worth of testimony from his victims, claiming he was a “good doctor” who the media had portrayed as “wrong and bad,” she tossed it away in front of him.

And she live streamed it all.

The very public nature of the resolution of this case was, of course, key. In establishing her courtroom as a safe place for victims to come forward, Aquilina forced not only Larry Nassar, but the world, to listen to them.

The courtroom became a place of catharsis, of empowerment and purpose. The reason the vast majority of sexual abuse goes unreported is because stigma surrounds it, and victims feel shame and humiliation. Indeed, some who had spoken out about Nasser’s behavior before were apparently ignored.

PHOTO: Dale G. Young/Detroit News via AP
A victim makes her "impact statement" to Larry Nassar during a sentencing hearing as he puts his head down in front of Judge Rosemarie Aquilina in district court on Tuesday, Jan. 16, 2018, in Lansing, Mich. Nassar has pleaded guilty to molesting females with his hands at his Michigan State University office, his home and a Lansing-area gymnastics club, often while their parents were in the room. (Dale G. Young/Detroit News via AP)

But in encouraging so many women to come forward together – and so publicly – with their stories, and to look directly into their abuser’s eyes as they shared them, Aquilina effectively banished the stigma. She let them speak, and then praised them for doing so. She gave a voice to women and men who have their own stories to tell, and women and men who may yet still. Her actions told them it’s okay, and necessary, that they do.

And her own words mattered, too. After listening to each statement, Aquilina addressed the woman who delivered it. She called them “survivors” and “superheroes.”

“You are unstoppable,” she told gymnast Aly Raisman. “You are part of an unstoppable growing force, an unstoppable, strong, loud voice.” To former gymnast Taylor Cole, who spoke of anxiety because of Nassar, Aquilina said, “Push away those nightmares. He’s gone. Your words replace what he’s done to you.”

To another victim, she said, “As you get stronger, as you overcome – because you will – he gets weaker and he will wither away.”