In less than 3 months, a major international city will likely run out of water

City officials had recently said that day would come on April 22. They have since moved up the date to April 12.

They’re recycling bath water to help flush toilets. They’re being told to limit showers to 90 seconds. And hand sanitizer, once somewhat of an afterthought, is now a big seller.

The genesis of the crisis

So how did this happen? How does a major city in the developed world just run dry?

It’s been a slow-motion crisis, exacerbated by three factors:

In this photo taken Sunday, April 16, 2017, the Theewaterskloof Dam, a key source of water supply to Cape Town, South Africa, is shown at low levels. The city, a major international tourist attraction, is instructing people to severely restrict water use because of the area's worst drought in more than a century. (AP Photo/Halden Krog)
Halden Krog/AP
gallery

Even with the predicament they find themselves in, residents haven’t dropped their water use significantly, Cape Town Mayor Patricia de Lille said.

The city has lowered the water pressure in its mains to help stretch the water supply. But usage is still 86 million liters above its target goal.

“It is quite unbelievable that a majority of people do not seem to care and are sending all of us headlong towards Day Zero,” a statement from the mayor’s office said. “We can no longer ask people to stop wasting water. We must force them.”

Starting February 1, residents will only be allowed to use 50 liters, or a little over 13 gallons, of water per person, per day.

Coping with the shortage

The shortage is forcing some residents to get creative.

Alistair Coy, who’s vacationing in Cape Town from the United Kingdom, strains the water that’s left over from boiling potatoes into a bucket.

The reality of life in Cape Town right now! Saving every bit of water you can is vital. #water4capetown #usegreywater#CapeTownwatercrisis#CapeTowndrought#dayzero@CapeTown @SimonCalder pic.twitter.com/6tlyos3YcB

Many residents are reusing bucket water, such as Anne Verbist, who recycles her tap water to tend to her plants.

“We catch all water from the tap to wash hands and dishes and use it for the plants,” she said.

But creativity is also creating problems.

Some then fill up these containers with water from the city supplies – further feeding the crisis.

Verbist and some other residents said that while they use tap water for household needs, they are reluctant to drink it.

“They claim it is fine to drink, but the kids were having tummy issues,” she said.

So now, she and her family trek to the Newlands Spring to get their allotted liters of water twice a month. They tried to replenish their drinking water reserves Monday, but the line was too long. They went back the next day.

Lincoln Mzwakali said his tap water “tastes funny” as well, so he relies on the same spring.

“Many neighboring communities have started depending on it,” he said.

CNN asked the city of Cape Town about the water quality concerns that some residents reported but has not received a response.

The massive influx of Capetonians collecting water at the spring has led to issues within the normally quiet neighborhood.

Now, the government is stepping in to help manage the queues and congestion at the spring. The site will only be accessible during certain times of the day and will be managed by city officials.

In the coming months, city officials say they will be diverting the flow to a nearby swimming pool to speed up queues and manage congestion.

It’s not lost on residents that “Day Zero” is fast approaching.

“It’s frightening, especially when you actually see the dams where we get our water from,” Verbist said.

Water levels at dams supplying the city continue to sink. Satellite images from over the past seven years show the water disappearing from the city’s largest reservoir at Theewaterskloof dam.. 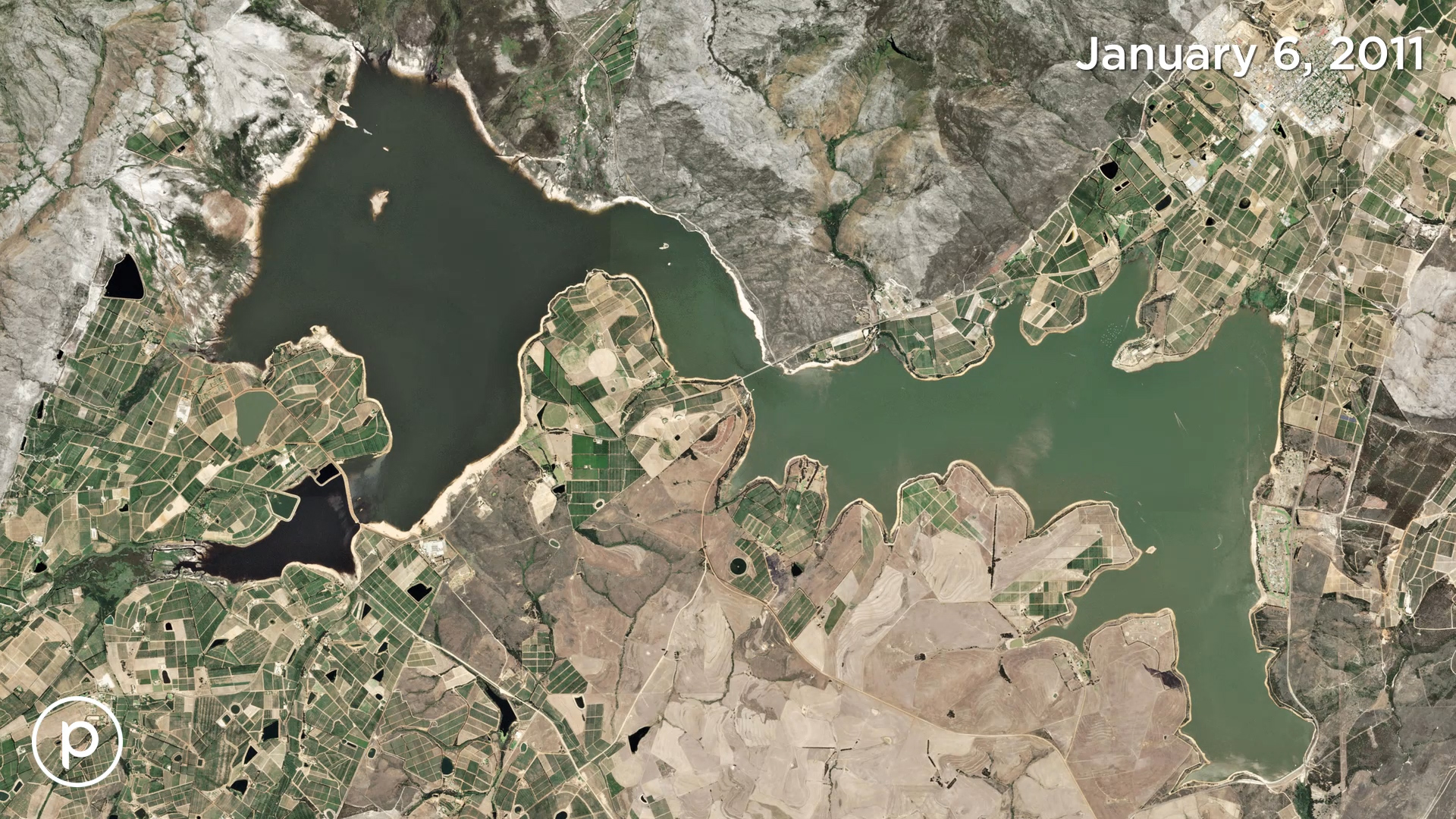 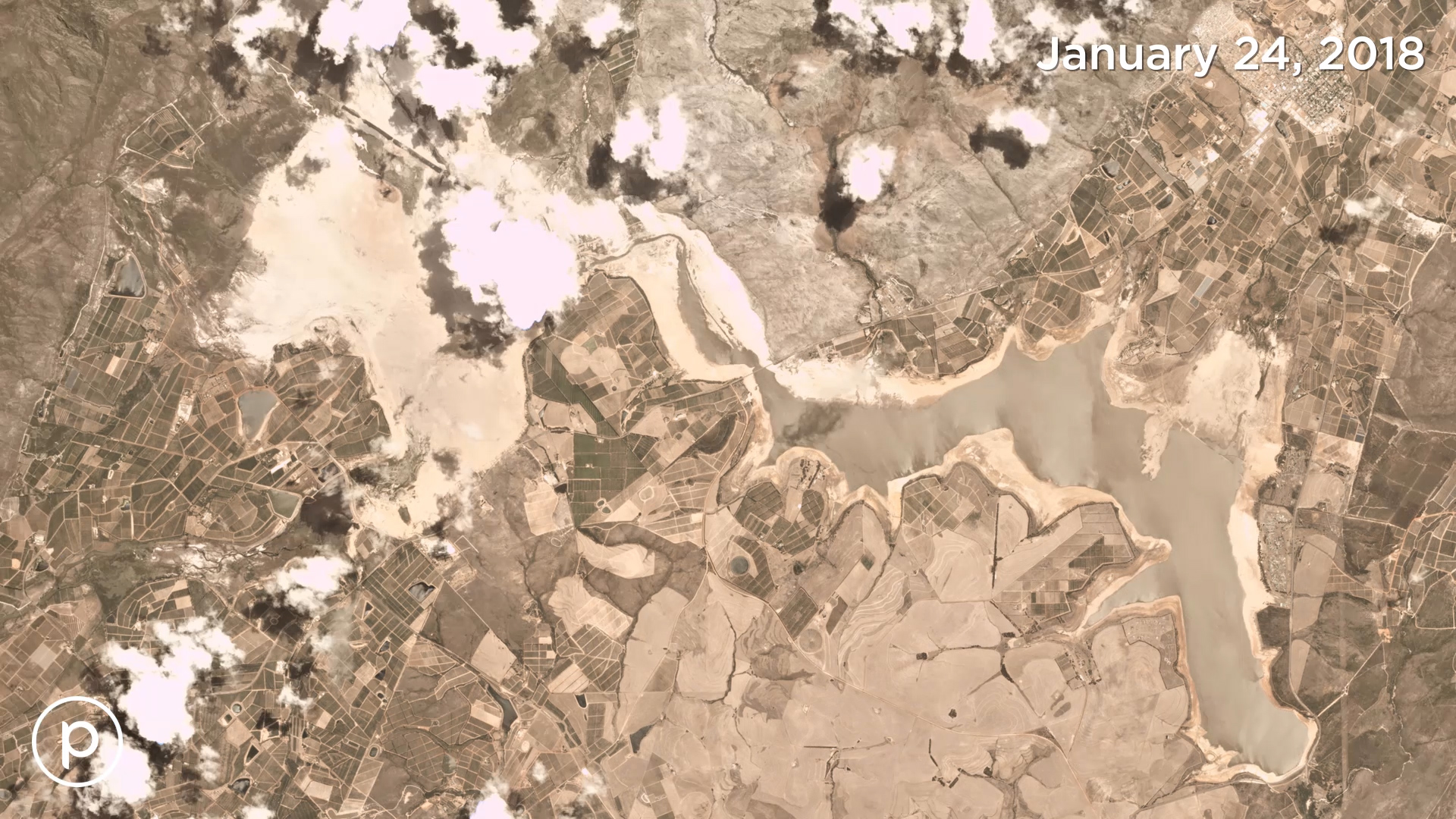 Some who have money to leave Cape Town until the crisis subsides are doing so. Darryn Ten plans on doing just that.

“Basically, everyone I know who is in the position to be able to leave is doing so,” he said. “The consensus is that everyone who can get out of town should do so in order to help lessen the burden.”

But there are those who can’t – the elderly, disabled and the impoverished.

“They don’t have the money to buy water,” Verbist told CNN.

There’s even a shortage of bottled water. The stores that do have water sell out fast and are unable to replenish their stock for days.

Those that can afford water are queuing at stores before they open. At one local chain grocery store, video shows shoppers swarming pallets of bottled water, clearing them in just minutes.

“People were already rushing in and out of the shop to buy water,” Adele van der Spuy told CNN. “Some actually went in several times as we were only allowed to buy five boxes at a time.”

Van der Spuy said she has never witnessed anything like it before.

“It is eye-opening, and an indication of the panic and also what lies ahead,” she said.

“It’s been a hard transition because a lot of Capetonians aren’t understanding how we got to this point when the municipality was well-informed that we would experience a drought,” Mzwakali said.

“There are a lot of angry people and not enough answers on how this is going to be resolved.”