Why Democrats may be making the wrong bet on the shutdown 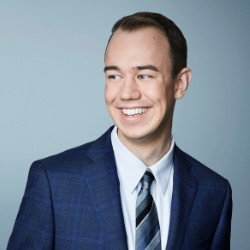 Although Democrats appear to have the backing of their base in their fight to extend the program allowing some people brought to the US illegally as children to stay, there are some warning signs that going to the carpet to protect Deferred Action for Childhood Arrivals may be the wrong move for the minority party, according to a new CNN poll conducted by SSRS.

Here are five reasons why American public opinion may be betting against the Democrats in the shutdown battle:

1. More said avoiding a shutdown is important than continuing DACA

A majority of Americans, 56%, said approving a budget to avoid a government shutdown was more important for Congress to do than passing a bill to maintain the DACA program. Only one in three Americans, 34%, said they prioritized a DACA fix over avoiding a shutdown.

The preference for avoiding a shutdown holds across most demographic groups, even those that are traditionally Democratic-leaning. Among young people, it’s 50% avoid a shutdown to 42% maintain DACA. Racial and ethnic minorities preferred avoiding a shutdown by 51% to 39%. Women favored keeping the government open by 10 points, 49% to 39%.

2. Finding a DACA fix was seen as more important than opposing the wall

It’s true that most Americans oppose building a wall along the border with Mexico – but that doesn’t mean they’re willing to let the government close over it.

3. More Americans said CHIP is a higher priority than DACA

Overall, 8 in 10 Americans said it is extremely or very important for the President and Congress to fund the Children’s Health Insurance Program this year, through which lower income children are able to get health insurance even if their parents aren’t covered.

That ranks as a higher priority for Americans than DACA overall (a smaller majority of 63% consider dealing with DACA as big a priority), and opens the door to GOP messaging suggesting Democrats are scuttling one popular program with more pressing funding concerns in favor of their pet issue.

And Republicans have seized that opportunity. Republicans in the House, who don’t face the procedural hurdles which which their counterparts in the Senate are struggling, have passed a bill that funds the government and continues CHIP for six years. Republican leaders from both houses of Congress called out Senate Democrats’ inaction on that bill Friday, saying Democrats are ignoring an easy solution on CHIP and the nearly 9 million kids who would be affected by its lack of funding.

Not quite half of Democrats – 49% – said they think that finding a solution for the roughly 690,000 undocumented immigrants who came to the United States as children is a higher priority than keeping the government open. A significant minority, 42%, said they think it’s more important to avoid the first government shutdown since 2013.

That’s not a very wide margin, and it held up only among liberal Democrats (57% picked DACA, 35% a budget agreement). Among Democrats who say they are ideologically moderate or conservative, 51% said approving a budget agreement is more important, while 40% choose DACA.

Still, Democrats in Congress say they must find a solution for recipients of the DACA program, an Obama-era executive action that Trump halted in September while calling for a legislative fix.

5. Independents tended to agree with Republicans on these issues

But a majority of independents, 57%, said they prioritized avoiding a government shutdown over finding a DACA solution. Only 34% said a DACA solution is more important.

The CNN Poll was conducted by SSRS January 14-18 among a random national sample of 1,005 adults reached on landlines or cellphones by a live interviewer. No interviewing was completed on January 16 due to weather conditions at call center locations. Results for the full sample have a margin of sampling error of plus or minus 3.7 percentage points, it is larger for subgroups.