At least 20 people have died as a result of the mudslides that devastated Montecito, California, according to the California Department of Fire and Forestry Protection.

Sutthithepa’s 2-year-old daughter, Lydia, is among the missing, the sheriff’s office said. Sutthithepa’s 6-year-old son, Peerawat, and his 79-year-old father-in-law, Richard Loring Taylor, were both found dead on January 9.

The mudslides came in the early morning hours of Tuesday, destroying an estimated 65 homes and damaging hundreds of others, the Cal Fire release said.

Rescue crews continue to sift through mud and wreckage looking for the missing, said Cal Fire, adding, “The large amounts of mud and debris are making access and progress challenging.”

Those killed ranged in age from 3 to 89, and all lived in Montecito in Santa Barbara County, northwest of Los Angeles, authorities said.

This photo provided by the Santa Barbara County Fire Department shows a home that has been buried in flood debris in Montecito, Calif., Tuesday, Jan. 9, 2018. Several homes were swept away before dawn Tuesday when mud and debris roared into neighborhoods in Montecito from hillsides stripped of vegetation during the Thomas wildfire.
Mike Eliason/AP

Survivors recall when the 'mud came in an instant'

The mudslides, which came in the early morning hours of Tuesday, destroyed dozens of homes. Those killed ranged in age from 3 to 89, and all lived in Montecito in Santa Barbara County, northwest of Los Angeles, authorities said.

“In disaster circumstances, there have been many miraculous stories of people lasting many days. We certainly are searching for a miracle right now,” Brown said Thursday.

“But realistically we suspect that we are going to continue to have discovery of people who were killed in this incident.”

How to help the victims of the California mudslides

US 101, a major freeway connecting Northern and Southern California, remains closed. It’s not clear when the highway – which officials had said would reopen on Monday – will be cleared for travel.

The immediate areas where people were killed are under mandatory evacuation, and officials increased the size of the evacuation zone Thursday.

“We know that this a terribly inconvenient development, but it is also incredibly necessary,” Brown said.

He said the zone, which includes areas formerly under voluntary evacuation advisories, would be in effect for one week but that residents should plan for two.

Rescue workers are using helicopters and all-terrain vehicles in a search hampered by blocked roads and downed trees and power lines.

There’s also the issue of removing massive boulders that have been strewn throughout the area.

Todd Ferryman, superintendent of Access Limited Construction, and his men have been drilling holes into boulders. Crews will drop a nontoxic, biodegradable “expansion agent” that will break down the boulders into more manageable sizes.

Crews working to break down boulders on January 14, 2018, in Montecito, California.
Paul Vercammen/CNN

“It’s kind of like putting water in a rock and freezing it,” Ferryman said. “It expands up and it cracks the rock.”

Ferryman and his crew will be working seven days a week until the area has been cleared, he said. “There’s a lot of people out here that haven’t been able to get to their homes yet and see them,” he said. “So the sooner we get this open and safe for the public, the sooner we can get everybody back to their lives.”

On the morning of the storm, Grokenberger watched as 2 to 3 feet of water streamed down the street.

Risk of mudslides for years

The storm hit hard between 3 and 6 a.m. Tuesday. The rain poured down on hillsides charred by recent wildfires, which burned vegetation that otherwise could make the terrain more resistant to mudslides.

The Thomas Fire – the largest wildfire in California’s recorded history – burned more than 281,000 acres in Santa Barbara and Ventura counties from early December into this month. It wasn’t fully contained until this week. 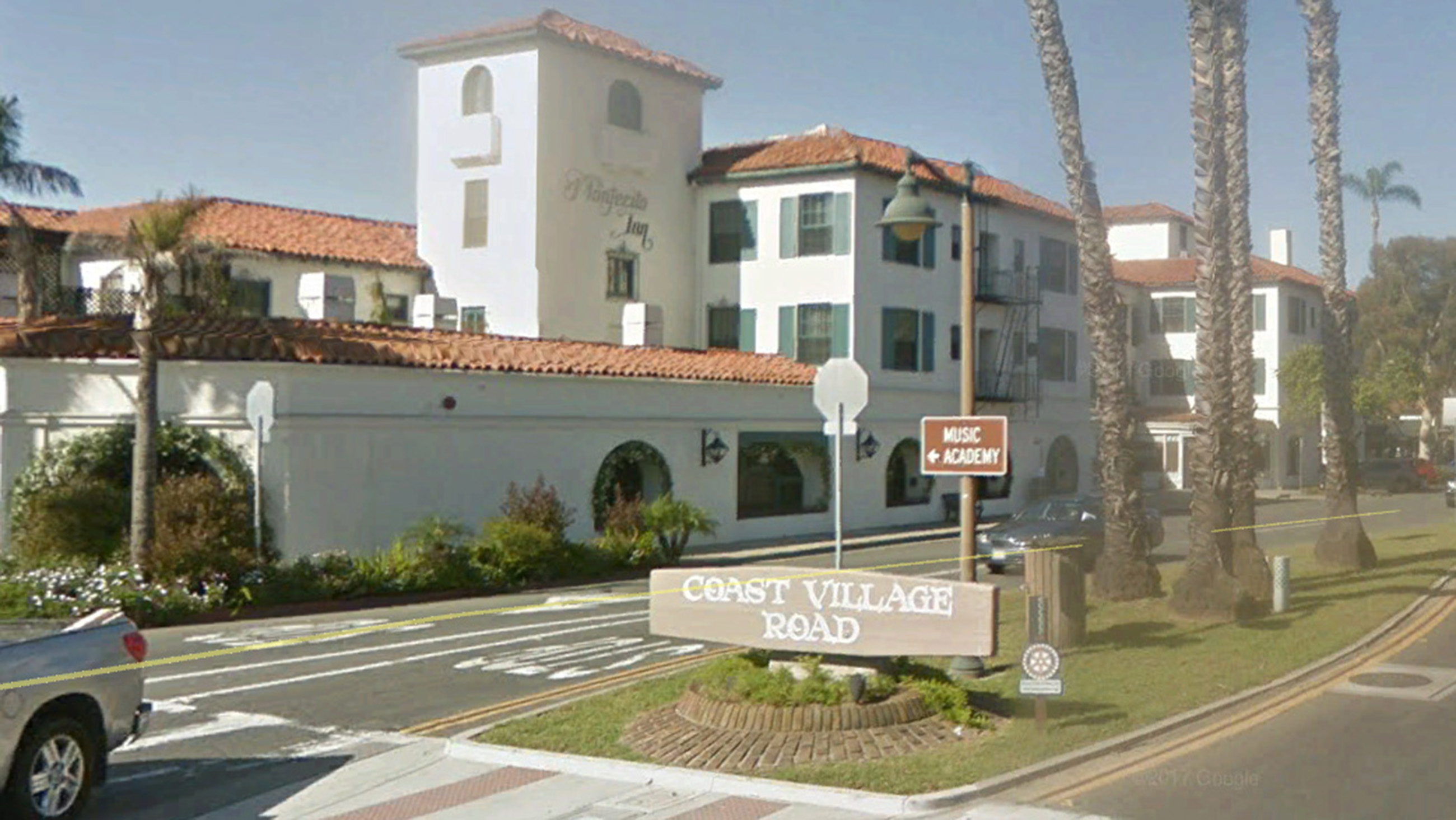 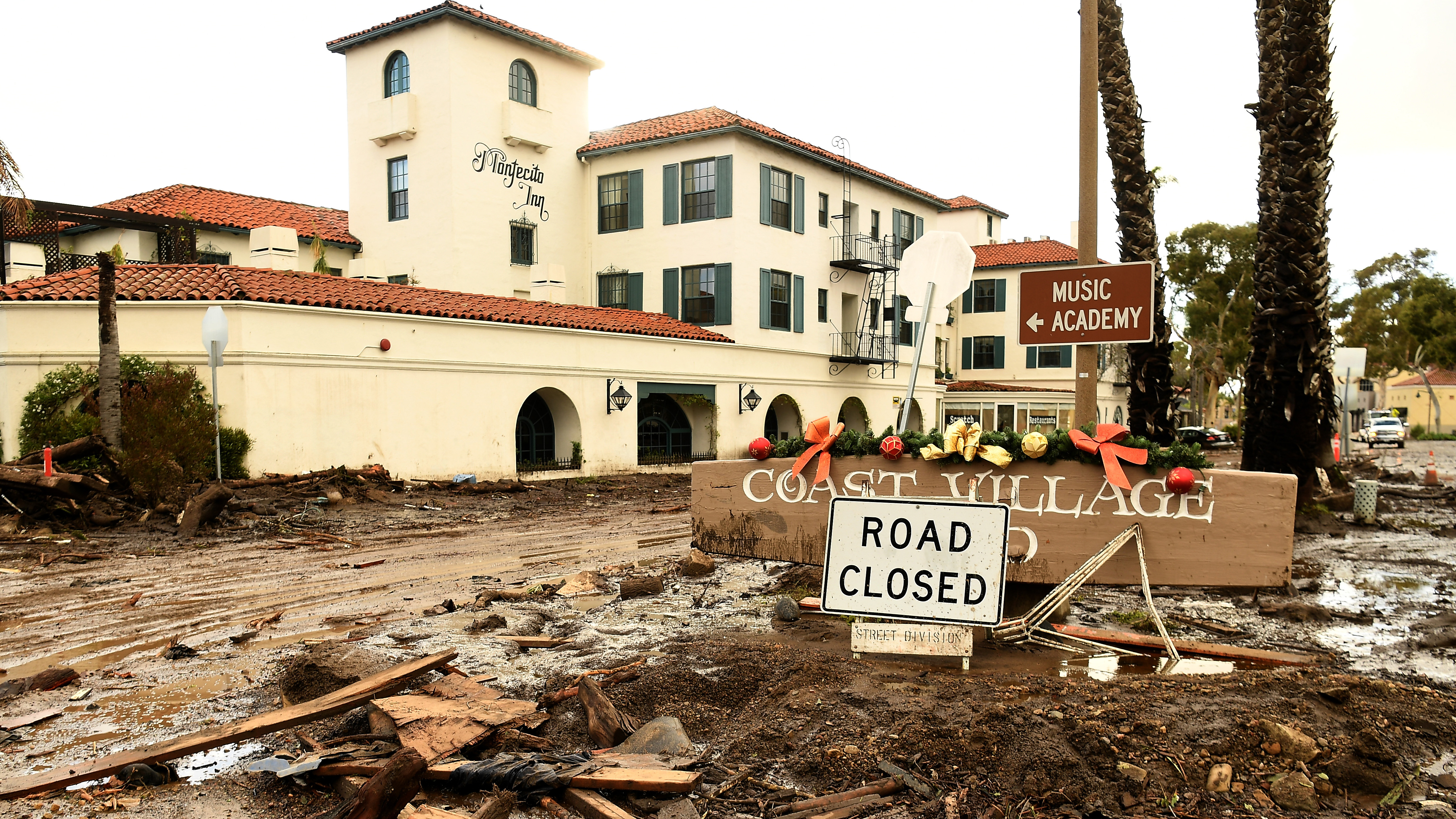 Geologists and forecasters warned that intense rain could trigger deadly mudslides from the scorched areas.

And because of the fire, communities below the scarred terrain could remain at risk of mudslides for years, said Randall Jibson, a research geologist with the US Geological Survey.

Montecito may be at slightly less risk now, because this week’s flooding already brought down vulnerable material.

MONTECITO, CA - DECEMBER 16: A strong wind blows embers at the Thomas Fire on December 16, 2017 in Montecito, California. The National Weather Service has issued red flag warnings of dangerous fire weather in Southern California for the duration of the weekend. Prior to the weekend, Los Angeles and Ventura counties had 12 consecutive days of red flag fire warnings, the longest sustained period of fire weather warnings on record. The Thomas Fire is currently the fourth largest California fire since records began in 1932, growing to 400 square miles and destroying more than 1,000 structures since it began on December 4. (Photo by David McNew/Getty Images)
David McNew/Getty Images North America/Getty Images

Thomas Fire, once largest in California history, is now 100% contained

“(But) no storm brings down everything that is susceptible. There’s almost always more” that could come down, Jibson said.

What can be done? Long term, one option would be more basins to slow down storm runoff and collect debris.

Short term, making the public ready to evacuate during heavy rains is key, he said.

Montecito and Carpinteria are especially vulnerable to mudslides because the steep terrain in some places goes from thousands of feet above sea level to sea level in just a few miles, said Tom Fayram, a deputy public works director with Santa Barbara County.