US shatters record for disaster costs in 2017

2017 was the costliest year ever for weather and climate disasters in the United States, the National Oceanographic and Atmospheric Administration announced Monday, totaling $306 billion. The previous record year, 2005, saw $215 billion in disasters.

Highlighted by a string of hurricanes that pounded the southeastern US coast in August and September, as well as devastating wildfires that torched large swaths of Northern and Southern California, 2017 saw 16 weather events that each topped a billion dollars in damage.

This ties 2011 for the most billion-dollar weather events to occur in a single year, but their extreme nature and the breadth of disaster types really set last year apart.

“In 2017, we have seen the rare combination of high disaster frequency, disaster cost and diversity of weather and climate extreme events,” said Adam Smith, lead researcher at NOAA’s National Centers for Environmental Information.

2017 lacked only a billion-dollar winter storm – though we almost certainly had one in the first week of 2018 with the major nor’easter termed a “bomb cyclone.”

A hurricane season for the record books

Hurricanes are the costliest weather events, responsible for about half of the total losses among all US billion-dollar disasters despite accounting for less than 20% of the total events since 1980.

This certainly proved true in 2017, when the US and the Caribbean islands endured back-to-back-to-back devastating hurricanes – all of them now ranking among the top five costliest disasters – which were the main drivers behind the year becoming the costliest on record.

The first billion-dollar hurricane disaster of the year was Hurricane Harvey, which made landfall in Texas on August 25, becoming the first Category 4 storm to make landfall in the US since Hurricane Charley in 2004.

But Harvey will be long remembered, not for destructive winds up to 150 mph, but for the historic floods it unleashed on the Houston area.

Harvey set a record for the highest rainfall total – (up to 60 inches – observed in a landfalling tropical system in the US, and a whopping 6.9 million people experienced at least 30 inches of rain, according to NOAA’s report.

Driven by extreme rain and flooding, the total estimated costs for Hurricane Harvey have reached $125 billion, making it the second-costliest single weather disaster after 2005’s Hurricane Katrina, which had damages of $161 billion.

But it wasn’t just the amount of rain and massive flooding, it was the fact that the bulk of the precipitation was centered on one of the most populated cities in the country.

“The biggest reason for the large cost from disasters in 2017 has been location,” said Steven Bowen, director of analytics and impact forecasting for reinsurance giant Aon Benfield. “The historic volume of rain simply overwhelmed the local infrastructure in place and flooded areas that some folks never assumed would be flooded.”

“Harvey is the closest modern disaster comparison we have in relation to Katrina in terms of damage costs,” Smith said.

One hurricane disaster on the scale of Harvey is enough to set a year apart, but 2017 was just getting started.

While Harvey was still pouring rain on Texas and Louisiana, meteorologists began tracking a wave in the eastern Atlantic that would form Tropical Storm Irma on August 30. The storm quickly strengthened and became a powerful Category 5 on September 5.

After devastating parts of the Caribbean and Cuba, Irma made landfall in the Florida Keys early September 10, slowly moving up the peninsula, leaving a path of destruction.

“Irma devastated the Florida Keys with its high winds and storm surge after flattening the US Virgin Islands – St John and St Thomas – among other Caribbean islands,” Smith said.

In the Keys, 25% of the buildings were destroyed, and 65% were significantly damaged, but the damage was not confined there.

Irma’s damage in the US totaled $50 billion, making it the fifth-costliest weather disaster on record.

It also set a record: “Irma maintained a maximum sustained wind of 185 mph for 37 hours, the longest in the satellite era,” Smith said.

Irma also triggered evacuation orders for 5.6 million people along both sides of the Florida peninsula, probably the largest mass exodus in US history.

Tropical Storm Maria formed September 16 and intensified at an exceptional rate, doubling its strongest winds from 80 miles per hour (a Category 1) to 160 mph (Category 5) in only 24 hours.

Maria was the fourth storm in a month’s time to undergo a process known as rapid intensification, which can turn a minimal tropical storm into a destructive major hurricane in less than a day, and Maria did it in record fashion.

“Maria tied Hurricane Wilma (in 2005) for the most rapid intensification, strengthening from tropical depression to a Category 5 storm in 54 hours,” Smith said.

Maria unleashed its fury first on the tiny island nation of Dominica as a Category 5 packing sustained winds of 160 mph.

Just over 24 hours later, a high-end Category 4 Maria made landfall in Puerto Rico, giving the United States a record three Category 4 or greater storms making landfall in one year.

Though Maria took only about 12 hours to traverse the small island, the combination of high winds and up to 37 inches of rain left Puerto Rico devastated.

“Maria was similar to Irma in its maximum wind damage, yet Maria was comparable to Harvey in the feet of rain it dumped across Puerto Rico,” Smith said, “as flooding compounded the wind damage.”

Interruptions to commerce and standard living conditions are still ongoing and will be sustained for a long time, according to NOAA, and the estimated damages for the storm are $90 billion – the third most-expensive hurricane in US history.

CNN has remained on the ground in Puerto Rico and has reported extensively on those still without power as well as the death toll, which is the much higher than reported.

Historic wildfire season in the West

But 2017 will also be remembered for the way years of drought combined with strong winds to create numerous historic firestorms in the Western states, namely California.

“In addition to these hurricanes, the US had a historically damaging wildfire seasons with over 9.1 million acres burned and damages up to $18 billion,” Smith said.

NOAA groups all the western wildfires from the year into one billion-dollar weather disaster, even though 2017 featured multiple massive fires that each would have caused at least $1 billion in damages.

Six of the 20 most destructive fires in California history occurred this year.

During the month of October, “over 15,000 homes, businesses and other structures across California” were destroyed, according to NOAA. 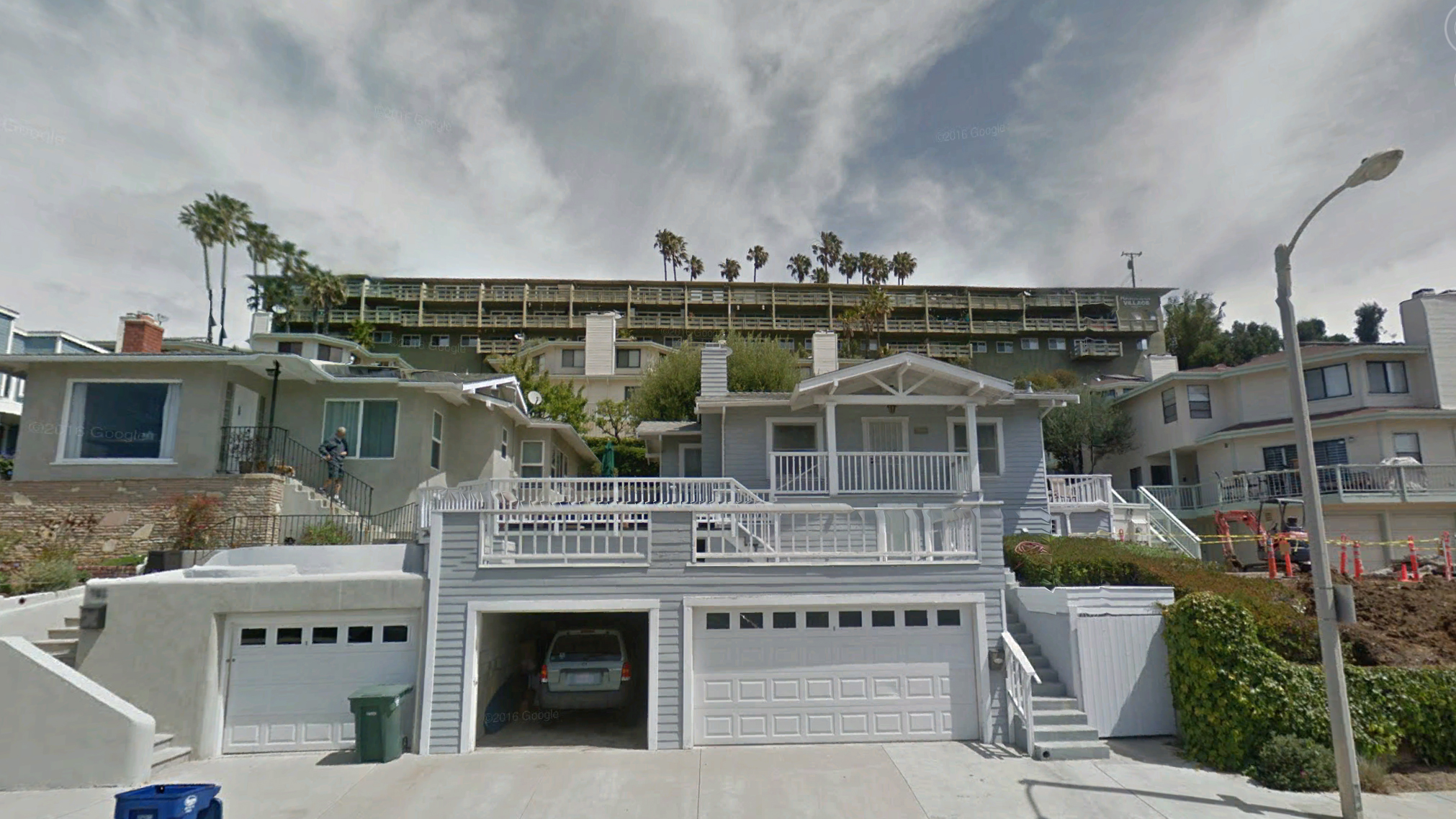 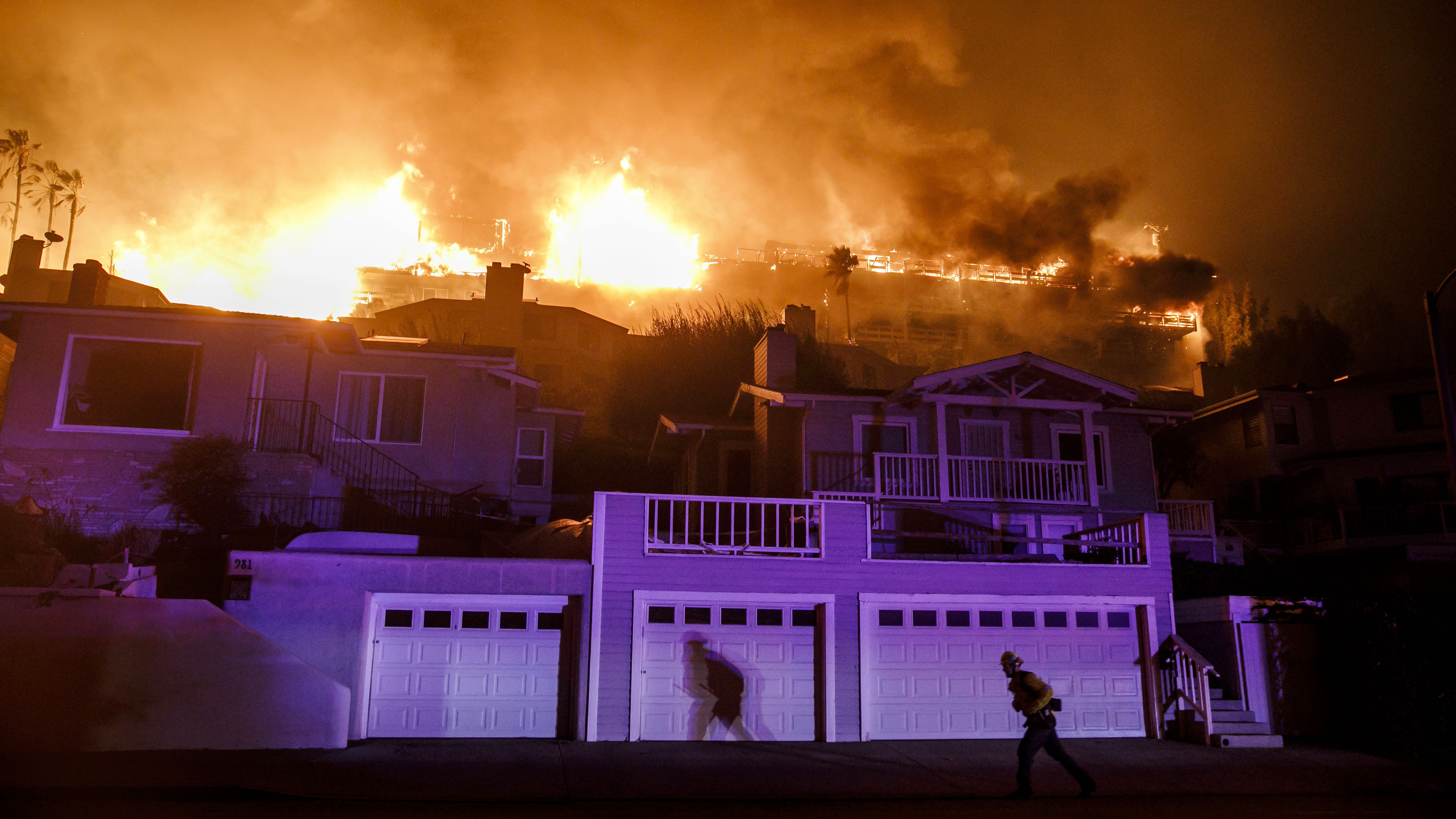 Santa Ana winds returned to California in December, bringing another round of disastrous fires.

Disastrous wildfires burned over 9.8 million acres across multiple Western and Northwestern states during 2017, well more than the 10-year average of 6.5 million acres, according to NOAA.

Montana was also hit hard, with more than 1 million acres burned during the year.

NOAA has been tracking billion-dollar disasters since 1980, and it has seen a clear upward trend in their number and severity.

“US billion-dollar disasters are becoming more common,” Smith said, but the reasons are numerous and complex.

The damage potential is much higher than in previous decades due to “increases in population and material wealth over the last several decades,” he said.

This is compounded by the fact that much of this population resides in densely populated cities in vulnerable areas like coasts and river floodplains and near large forests.

But climate change is what concerns Smith the most.

“Climate change is playing an increasing role, amplifying the frequency and intensity of certain types of extreme weather that lead to billion-dollar disasters,” Smith said.

2017 stands as a glaring example of this, with record inland floods and a wildfire season that dwarfs all others, two of the event types most affected by a warming climate.