Trump never backs down from a fight

He feuded with many celebrities in 2017

Whether you relish President Donald Trump’s combative style or are overcome with anxiety when he tweets, one thing is clear: Trump never backs down in a feud, and he is not likely to start in 2018.

In fact, the celebrity-mogul-turned-President details his fighting philosophy in a chapter called “Revenge” in his 2007 book, “Think Big and Kick Ass in Business and Life.”

“I learned it in high school, you’ve got to hit a bully really hard, really strongly, right between the eyes,” Trump writes and relates a story about his celebrity archnemesis Rosie O’Donnell to illustrate his message. (Here’s a timeline of their long-running feud).

When O’Donnell “talked about [Danny DeVito] as if he was an alcoholic because he went out drinking with George Clooney the night before a show,” Trump writes, he called DeVito and said, “Why don’t you do something about it? … Go on television and announce that she’s bad news.”

Lamenting that DeVito did not take his advice, a disapproving Trump boasts about his own decision to “attack her so hard she would rue the day she decided to attack me” after O’Donnell criticized him on ABC’s morning talk show “The View” in 2006.

“That is why I tell people, ‘Get even!’ This is not your typical advice, get even, but this is real-life advice,” Trump writes. “If you don’t get even, you are just a schmuck! I really mean it, too.”

It appears that the President continues to take his own advice.

Trump added a host of politicians, world leaders and journalists to his figurative burn book in 2017, and the presidency did not stop him from engaging in public feuds with celebrities, from Snoop Dogg to Meryl Streep. Here’s a recap, starting with the most recent:

Trump renewed his longstanding feud with Vanity Fair on Thursday after the publication apologized over a video that poked fun at Hillary Clinton and angered her supporters. But Trump, oddly, used this as an opportunity to attack Anna Wintour, the editor-in-chief of Vogue. Both publications are owned by Condé Nast.

“Vanity Fair, which looks like it is on its last legs, is bending over backwards in apologizing for the minor hit they took at Crooked H,” Trump tweeted. “Anna Wintour, who was all set to be Amb to Court of St James’s & a big fundraiser for CH, is beside herself in grief & begging for forgiveness!”

Vogue endorsed Clinton for president in 2016, a first in the fashion magazIne’s history, and Wintour revealed in October that Trump is the one celebrity she will never invite to the Met Gala again.

The President dissed Michael Moore’s anti-Trump Broadway show, “The Terms of My Surrender,” in a move that even Trump himself described as “not at all presidential.”

“While not at all presidential I must point out that the Sloppy Michael Moore Show on Broadway was a TOTAL BOMB and was forced to close. Sad!” Trump tweeted in October.

Although the filmmaker’s latest political project earned $4.2 million — less than half of what it could have earned, according to BroadwayWorld.com — the show went on for the entire 12 weeks planned and did not close early as Trump claimed.

Trump prompted a wave of protests in the sports world and beyond in September, when he called on NFL owners to fire players who take a knee during the National Anthem to protest racism.

When NBA star Stephen Curry indicated that he wouldn’t take place in a team White House visit — a tradition for professional sports teams that win championships — Trump singled out the Golden State Warriors point guard in a tweet, rescinding the invitation.

“Going to the White House is considered a great honor for a championship team. Stephen Curry is hesitating, therefore invitation is withdrawn!” Trump tweeted.

U bum @StephenCurry30 already said he ain't going! So therefore ain't no invite. Going to White House was a great honor until you showed up!

NBA star LeBron James, who has been an outspoken Trump critic, responded to the President’s tweet, writing, “U bum @StephenCurry30 already said he ain’t going! So therefore ain’t no invite. Going to White House was a great honor until you showed up!”

Teigen is one of Trump’s most frequent critics, trolling him over everything from his attacks on the media to his controversial comments on race.

But in July it appeared that the model finally went too far for the President of the United States when she shared a screen shot indicating that she had been blocked from viewing Trump’s Twitter account.

Lolllllll no one likes you

After the President lamented the lack of support he was getting from Republicans in a tweet, a seemingly amused Teigen wrote, “Lolllllll no one likes you.”

After 9 years of hating Donald J Trump, telling him "lol no one likes you" was the straw pic.twitter.com/MhZ6bXT1Dp

“After 9 years of hating Donald J Trump, telling him “lol no one likes you” was the straw,” she tweeted.

Yup, here it is. If you thought that Trump’s feud with O’Donnell would go on hiatus while he’s in office, you were wrong.

Amid a national firestorm over his firing of FBI Director James Comey, Trump took to Twitter in May to troll his archnemesis.

“We finally agree on something Rosie,” Trump tweeted, along with a link to a December 2016 O’Donnell tweet that read: “FIRE COMEY.”

While O’Donnell had been relentless in her attacks on Trump since he had taken office, this was the first time that he engaged her publicly as President.

Trump slammed Snoop Dogg in March for shooting down a clown dressed as Trump (with a fake gun that releases a banner that reads “bang”) in the music video for “Lavender.”

Trump tweeted that had the rapper made a video of him doing that to former President Barack Obama, people would have called for him to be jailed.

“Can you imagine what the outcry would be if @SnoopDogg, failing career and all, had aimed and fired the gun at President Obama? Jail time!” Trump tweeted.

Snoop Dogg released the album “Make America Crip Again” in October (a play on Trump’s campaign slogan, “Make America Great Again”), which offered a scathing critique of the Trump administration’s handling of race issues and accusing the President of neglecting communities of color. 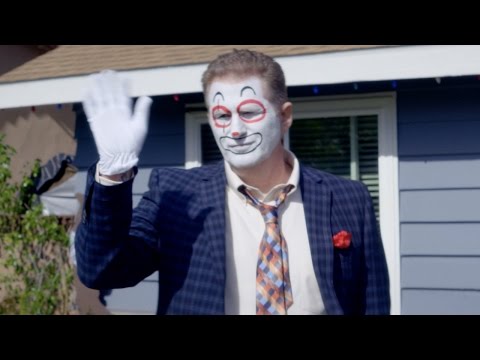 Trump feuded with Cuban throughout the 2016 campaign, but when word got around that the Dallas Mavericks owner and investor on the reality TV show “Shark Tank” was considering his own presidential run, Trump fired off a tweet in February, reminding the world that he is not fond of his fellow business mogul.

“I know Mark Cuban well. He backed me big-time but I wasn’t interested in taking all of his calls. He’s not smart enough to run for president!” he tweeted.

Here’s a look at the time Cuban took his trolling of Trump to the front row of the presidential debate.

Judging by Trump’s previous tweets, he was already not a fan of Madonna, but when the pop star made controversial comments about him while delivering a fiery speech at the Women’s March in Washington, he renewed his distaste and called her “disgusting.”

“I am outraged. Yes, I have thought an awful lot about blowing up the White House. But I know this won’t change anything,” Madonna said, drawing a barrage of bipartisan criticism.

“Honestly, she’s disgusting,” Trump told Sean Hannity in January, adding, “I thought what she did was disgraceful to our country.”

Meryl Streep became one of the first celebrity targets of Trump’s Twitter ire in 2017 when she criticized his anti-immigrant rhetoric and comments about a journalist with disabilities and called on the media to fight back while accepting an award at the Golden Globes last January.

Even though the three-time Oscar-winning actress did not mention Trump by name, her thinly veiled references were not lost on the then-President-elect, who questioned her acting skills and disputed the journalist’s account in a Twitter rant. 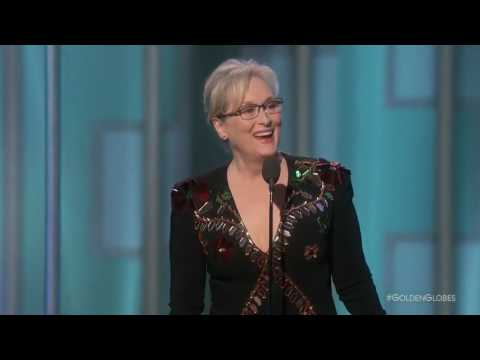 “Meryl Streep, one of the most over-rated actresses in Hollywood, doesn’t know me but attacked last night at the Golden Globes,” he tweeted. “She is a …. Hillary flunky who lost big. For the 100th time, I never ‘mocked’ a disabled reporter (would never do that) but simply showed him ‘groveling’ when he totally changed a 16 year old story that he had written in order to make me look bad. Just more very dishonest media!”

For more on pop culture and politics, check out CNN’s #GetPolitical series.