Why Zac Efron chose ‘The Greatest Showman’ for his musical comeback

After nearly a decade break from movie musicals, Zac Efron is making his return to the genre a meaningful one.

Efron told CNN his decision to star in “The Greatest Showman” alongside Hugh Jackman boiled down to two factors: the director, Michael Gracey and the movie’s message of inclusion.

Efron plays Phillip Carlyle, a performer and business partner of P.T. Barnum, who launches what will eventually become the Ringling Bros. and Barnum & Bailey Circus. Efron’s character falls in love with Anne Wheeler, a mixed-race trapeze artist played by Zendaya. Phillip and Anne’s interracial relationship courts controversy in the film and Efron wanted to use their love story to send a message to viewers.

Despite the progress we’ve made since the 1800s, racial tensions still exist today and Efron hopes “The Greatest Showman” will help effect change.

“We are still dealing with these issues today.” he said. “There’s no question that … we are dealing with certain aspects that are so antiquated and I love singing and celebrating that we can overcome these issues … I think that’s what Phillip and Anne are all about.” 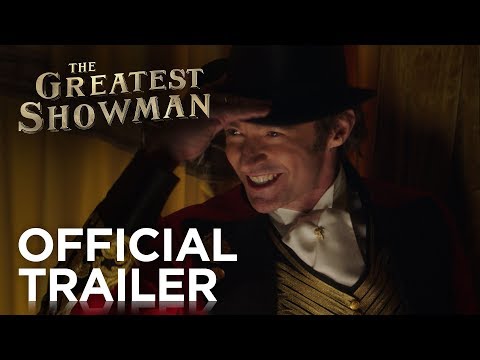 Efron’s decision to return to the musical genre seems to be paying off. “The Greatest Showman” was nominated for three Golden Globe Awards, including best movie musical or comedy.

For Efron, who came to fame for his leading role in the “High School Musical” franchise, his return to his musical roots hasn’t been easy.

“It’s not like riding a bike, you can’t just remember instantly and pick up where you left off,” he said. “These dances were leveled up for sure. The one with Hugh ‘The Other Side,’ I think we got it on take 56 or something like that. It was a long day at work. But it was nice when we finally got it.

Efron also credits Gracey for his return to musicals. “The Greateat Showman” is the Australian director’s first foray into feature films. Gracey previously worked as a visual effects artist and directed commercials.

“Michael Gracey is someone I’ve always wanted to work with,” Efron said. “I thought if there was any way I could add value or help him accomplish this movie then I wanted to. I heard Hugh was in it and that wasn’t a bad thing either. Those are two of the greatest showman ever.”