By Kieron Monks, CNN
Published 7:04 AM EST, Wed December 20, 2017
Link Copied!
Black mamba —
Commonly found on the east coast of Africa, the mamba has a bite that can kill humans within a day with venom that attacks the heart and nervous system.
Roger de la Halle/Gallo Images
Carpet viper —
Family of snakes that are responsible for thousands of deaths in sub-Saharan Africa. Their venom attacks the blood, preventing clotting and causing haemorrhages.
DJ Williams
Puff adder —
Known for its loud warning hiss, the puff adder is found across Africa. Its potent venom causes massive tissue damage.
DJ Williams
Mozambique spitting cobra —
Commonly found in southern Africa, the cobra can accurately spit tissue-destroying venom over distances of several meters.
wiki commons
Green mamba —
Less well known than its black relative, but extremely dangerous, with fast-acting venom that can kill within days.
MARK RALSTON/AFP/AFP/Getty Images
Boomslang —
The boomslang is known as a shy species but is one of the most venomous in Africa, leading to massive bleeding and death.
William Warby/Wiki commons

Public health experts say the problem has been neglected

WHO is developing a plan of action to tackle snakebite crisis

Rainy seasons in Nigeria bring out venomous snakes, which emerge from their shelters to hunt and breed.

This is always a hazardous time, particularly for agricultural workers tending their fields, and this autumn proved especially cruel.

Around 250 people were reportedly killed over a three-week period in the central states of Gombe and Plateau, in a crisis that overwhelmed local doctors and prompted a national outcry.

The case was extreme, but not unique. Nigeria is among the countries worst affected by what some public health experts are calling an epidemic.

Sub-Saharan Africa is home to many of the world’s deadliest snakes, including the black mamba and the carpet viper, and they exact a terrible toll. An estimated 32,000 people in the region are killed each year by snakebites, and a further 100,000 are left disabled, often by severe injuries that require limb amputations.

But despite the scale of the crisis, specialists in the field say the response has been sorely lacking.

Casualty statistics for sub-Saharan Africa are almost certainly underestimates, as many victims are never recorded.

“Information from health centers is limited to patients who attended the clinic or hospital, which is half of the total patients or less,” says Dr. Jean-Philippe Chippaux, a leading venom expert and founder of the African Society of Venomology (ASV).

Part of the reason for this is that some victims prefer to visit traditional healers, says Chippaux, which can be a fatal decision as fast-acting venom can kill within hours.

Another is that isolated communities struggle to access medical facilities with specialist staff trained to diagnose and treat snakebites.

“This is a disease involving the poorest farmers…for which the treatment is expensive and poorly understood by the health authorities, health personnel and populations,” says Chippaux. “In these conditions, it does not appear on the agenda of health authorities.”

A snakebite victim with an amputated leg on the banks of the Pibor River in Jonglei State, South Sudan.
Cédric Gerbehaye/Agence Vu

Chippaux says neglect manifests in a “lack of interest in the issue” among governments across the region.

“Diagnosis and treatment of snakebites are no longer taught in medical and nursing schools. No country has a strategy for combating envenomation. There is no policy for selecting and distributing antivenoms.”

The lack of resources and expertise often results in patients receiving the wrong antivenom, says Thea Litschka-Koen, a businesswoman who established the Swaziland Antivenom Foundation to provide treatment and public education.

“There is a massive problem of fridges stocked with products that shouldn’t be there,” she says. “Either they are inadequate or don’t cover the right species. They might be cheaper but they won’t neutralize venom or save lives.”

Litschka-Koen agrees that neglect is at the heart of the crisis.

“Snakebite is a grossly and tragically neglected disease because it affects poor people who have no voice,” she says.

The lower leg of a Kenyan man bitten by a puff adder.
DJ Williams

The World Health Organization (WHO) added snakebite envenomation to its list of Neglected Tropical Diseases (NTDs) this year, alongside diseases such as leprosy and rabies, after lobbying from affected countries and groups such as Medecins Sans Frontieres (MSF).

The WHO also commissioned a working group to create a plan of action to tackle the crisis.

One focus will be community engagement, says Dr. David Williams, head of the Australian Venom Research Unit at the University of Melbourne and now chair of the WHO working group, from encouraging people to visit clinics rather than faith healers, to wearing protective footwear in the fields, and “snake-proofing” their homes.

The group will also make recommendations to improve the quality of training for medical workers dealing with snakebites, as well as public health infrastructure. A key element of this will be to establish guidelines to “improve production, regulation and quality control” of antivenoms, says Williams, to avoid ill-suited products reaching patients.

Milking a snake for its venom - the basis of antivenom.
DESHAKALYAN CHOWDHURY/AFP/Getty Images

Improving antivenoms will involve working closely with “big pharma” companies that produce them, a contentious subject since French firm Sanofi Pasteur ceased production of Fav-Afrique, an effective anti-venom for 10 different snakes in sub-Saharan Africa. MSF attacked the company for “enabling the development of this desperate situation,” and suggested the decision would lead to many more deaths. Sanofi responded that the decision was forced by a lack of demand.

Williams does not blame the company. He estimates just 1% of bite cases in sub-Saharan Africa were treated with Fav-Afrique as few patients could afford the $500 cost of treatment, and argues that producers need incentives.

“Commercial manufacturers have to make a profit,” he says. “We don’t want to force manufacturers out by making it impossible to produce antivenom. The market needs support and stimulation.”

But the working group will consider how the supply chain could be made more sustainable for both producers and patients, such as through government subsidies. Several Latin American governments make antivenom available free, and the government of Burkina Faso recently introduced a subsidy that could cut the cost of treatment by more than $100, according to some studies.

However, governments themselves will require support through aid programs or philanthropy, which has proved difficult to attract compared with other NTDs such as Guinea worm disease.

Some snake venom specialists believe the time is ripe for African governments to reduce their reliance on international drug companies by developing domestic capacity.

“This is the opportunity to start producing antivenoms in Africa,” says Dr. Abdulrazaq Habib, a director of the Global Snakebite Initiative who works closely with Nigeria’s Ministry of Health.

South Africa is the only sub-Saharan African country to produce antivenom, but Habib notes that Nigeria has long pursued its own development strategy. In the 1990s, the government invested $3 million in partnerships with overseas institutions that yielded two effective antivenoms, but failed to build on that progress.

“The problem was that ‘knowledge transfer’ was on the last page of the strategy document,” says Habib. “By now, Nigeria should be wholly producing these products.”

Habib also laments that a center for advanced training and research into snakebites was built in Nigeria, but never used.

CNN asked the government of Nigeria’s snakebite desk about plans to develop capacity but did not receive a response.

Scientists are also pursuing ambitious attempts to change the basis for antivenom production that has remained the same since the 19th century. The basic method is to inject small doses of venom into large animals such as horses and then collect the resultant antibodies from their blood, before distilling them into antivenom for human use.

Researchers at the Technical University of Denmark are using synthetic biology to produce human-based antivenom, by mixing venom with “recombinant” antibodies derived from human cells. They believe this will deliver antivenom that is cheaper and safer than horse-based serum, which is associated with side effects such as anaphylactic shock.

“We already managed to develop completely human antibodies that can neutralize snake toxins at low doses, including the black mamba,” he says. “I don’t believe were going to be injecting horses forever.”

Elsewhere, scientists at the Liverpool School of Tropical Medicine are also using synthetic biology to develop a universal antivenom for sub-Saharan Africa based on the proteins of venom from more than 20 different snakes, which could also be stored at room temperature without needing refrigeration.

Both projects are making progress, although critics suggest they are a distraction from more urgent priorities.

“The problem is not the quality or properties of the antivenoms but in their distribution where they are needed,” says Chippaux. “The issue is the economic model, not the technology.”

Opinions vary on the best strategy to pursue, but there is a consensus among experts that the most critical requirement is for engagement; from communities living in high-risk areas, from national governments and health ministries, and crucially from donors.

There is widespread frustration that the snakebite crisis has not attracted the patronage afforded to lesser killers. Snakes are responsible for 40 times more deaths worldwide than landmines, a cause adopted by the British royal family.

Campaigners are attempting to boost the public profile of the issue, such as through the new documentary, “Minutes to Die,” featuring many of the leading specialists.

Williams is confident that a “concrete strategy” agreed through the WHO group will make pitching to donors easier. He believes the battle against snakebite envenomation could yet be transformed with greater funding, strategically applied.

“We could reduce deaths from snakebite by half within a short period of time if we had the resources,” says Williams. “I would hope in two or three years we could be talking about major changes.”

But if dramatic progress is achieved it will further highlight the tragedy of the snakebite crisis: That it could have been avoided. 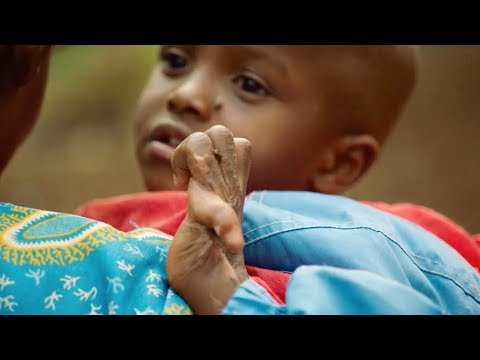