Kevin Hart says he’s hopeful his wife can forgive him.

The comedic actor appeared Thursday on New York’s Power 105.1 radio show “The Breakfast Club” and spoke openly of cheating this year on wife Eniko Parrish, who was then pregnant.

In July, Hart denied reports he had stepped out on Parrish, whom he married last year in a lavish ceremony after long-term dating.

Months later Hart posted a video on social media saying he had made “a bad error in judgment,” just as a woman who had been linked to him in an alleged extortion plot came forward to say she too was a victim.

Hart, who was giving the radio interview in support of his new film, “Jumanji: Welcome to the Jungle ” was contrite Thursday, saying the best way to deal with the issue was to address it head-on.

Calling himself “irresponsible,” Hart said, “I’m guilty, regardless of how it happened and what was involved.”

He added, “That’s Kevin Hart in his dumbest moment. That’s not the finest hour of my life. With that being said, you make your bed, you lay in it.” 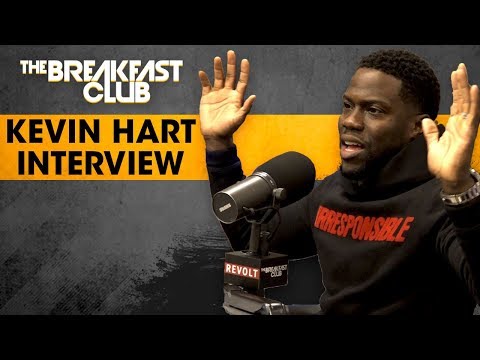 Hart and Parrish welcomed their son, Kenzo Kash Hart, about three weeks ago.

He said he owned up to his mistake to his wife after it happened.

“I’m hoping that she has a heart to where she can forgive me and understand that this is not going to be a reoccurring thing and allow me to recover from my f***ing massive mistake,” he said.

“That’s what I’m trying to do not only as a man, but within teaching a lesson to my son. If you do something wrong, stand in front of your wrong s**t, don’t run away from it.”