Strongmen are riding high – and headed for a fall 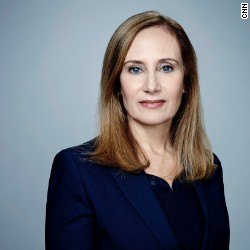 Ruth Ben-Ghiat: Around the globe, strongman rulers flaunt their macho qualities while they limit women's rights

She says Trump is exhibit A, but America is also in a historic moment of rebuke against misogynist scenarios

Editor’s Note: Ruth Ben-Ghiat is a frequent contributor to CNN Opinion and a professor of history and Italian studies at New York University who writes about authoritarianism and propaganda. The opinions expressed in this commentary are solely those of the author.

Warning: This story contains an image some may find offensive. Reader discretion is advised.

It was a prank when Navy pilots – for whatever reason – traced a giant penis and testicles in the sky recently in Okanogan County, Washington, but an apt one for this moment: Patriarchy is flying high these days. Around the globe, strongman rulers flaunt their macho qualities and sexual prowess while they limit women’s rights

In Russia, President Vladimir Putin bares his chest for pinup calendars, restricts abortion rights and depicts the home as the best place for women. Turkish leader Recep Tayyip Erdogan, whose personality cult emphasizes his athleticism as a former semi-professional soccer player, has called women who work outside the home “half persons,” and equated the use of birth control with treason.

Even Silvio Berlusconi, who boasted of his high libido and publicly and daily demeaned women while serving as Italian Prime Minister, brought up his proficiency at foreplay (and the sex advice he gave to Libyan strongman Moammar Gadhafi) while announcing a potential political comeback – at 81, with his 31-year-old fiancée by his side.

President Donald Trump’s own authoritarian inclinations come through clearly in his disposition toward women, starting with the notion that consent is for the weak, which has a parallel in politics. Real men don’t sit around and debate things, or compromise: They follow their instincts and take action.

Trump’s maxim – describing his assaultive approach to women in the infamous “Access Hollywood” video, “When you’re a star, they let you do it” – has guided his attempts at executive overreach in the political and sexual realms. And he’s been open about his frustrations with our press, judiciary and Congress for hampering his manly right to get his own way.

Strongmen know how effective intimidation can be when they’re consolidating their power, and many have advertised their own capacity for and/or proximity to political and sexual violence. Trump, during the campaign, warned Americans that he considers himself above the law, whether it’s shooting someone on Fifth Avenue, grabbing a woman’s genitals, or dropping hints that “Second Amendment people” could do something about his political opponent Hillary Clinton.

This is why Trump hasn’t hesitated on Twitter to call attention to sexual harassment accusations – when they concern Democrats – despite the many allegations that he has engaged in the same behavior.

In fact, in classic strongman mode, he’s been unrepentant and even boastful about his treatment of women, which spans practically the entire spectrum of male aggression to women, from alleged domestic violence (his alleged treatment of his first wife, Ivana), to physical advances and assaults on women, to everyday verbal humiliations and physical shadowing. This last menacing technique, which is common in the workplace, proclaims the man’s right to trespass personal boundaries and is designed to put the other person in a state of unease and subjection.

The most monumental thing to happen in omak. A penis in the sky pic.twitter.com/SM8k1tNYaj

Millions of Americans watched Trump standing behind Clinton during one of their presidential debates – the camera capturing him at his podium at such an angle to give the appearance of shadowing, and striking a chord for women. But this scene came with a diabolical twist: Trump’s comments about groping women, caught on tape, had gone public just two days before, letting Clinton (and viewers) know what he was capable of doing to women in private. I’m right behind you, American women, the TV tableau read that night. Just wait until I’m President. I’ll be coming after all of you.

For two years now, he’s done just that, waging psychological warfare by insulting powerful women who challenge him (such as Megyn Kelly and Nancy Pelosi), showing off images of crowds of the white men who now monopolize the halls of power, and defending alleged sexual predators like Roy Moore.

No wonder Trump is a dream come true for many evangelicals and Republicans who have long tried to further limit women’s reproductive and other rights – and for strongmen abroad who feel similarly.

Yet something historic is happening in America today that rebukes such misogynist scenarios. Women are coming after their aggressors, calling them by name and deed and reversing the power equation. The timely apparition of the giant male organ in the sky may also be read as a cry for help from a certain kind of white man: “We were all-powerful. Now what will happen to us?”

The lists of influential men who have been fired, and the cable news screens filled with their faces – and those of their female victims – must strike fear into the many who have engaged in such behavior but have not yet had their reckoning.

Once strongmen consolidate their power, it is almost impossible to hold them personally accountable for their actions. This only underscores the preciousness of American democracy, and every time a new abuser is unmasked we’re reminded of the power of our freedoms of speech and judicial action.

Even Trump has been unable to intimidate women from eventually coming forth to denounce him, and he and his GOP allies will not succeed in reversing the social shift toward recognizing women’s personal and professional autonomy and integrity.

Tough times lie ahead globally for democracy, but Americans have a chance to be beacons for others in dealing with the sexual harassment of both men and women. In the process, we can perhaps begin to heal the divisions of race, class and place that Trump so ably exploited to come to power. We can show the world we value what the strongman most fears and seeks to repress: compassion, justice and our common humanity.