The initial goal was to raise $10,000 to pay for rent, a reliable vehicle and a few months of expenses

He spent this Thanksgiving resting in a hotel, his feet up on the bed, drawing up a grand plan for his new life – thanks to several thousand dollars she raised to repay him for a good deed.

Bobbitt used to spend most of his time sitting with a sign on a roadside in Philadelphia.

In October, McClure was driving down Interstate 95 there when she ran out of gas. Scared and nervous, she got out of the car to head to the nearest gas station and met Bobbitt. He told her to get back in the vehicle and lock the door. Minutes later, he emerged with a red gas can.

Bobbitt didn’t ask for money; McClure didn’t have any then. Over the next few weeks, she gave him a jacket, gloves, a hat and socks. She would give him a few dollars each time she saw him.

But McClure wanted to do more. About two weeks ago, she and her boyfriend, Mark D’Amico, who both live in New Jersey, started a GoFundMe page. They hoped to raise $10,000 – enough money for first and last month’s rent, a reliable vehicle and up to six months of expenses. Normalcy.

The story ran in a local paper and later went viral. By Friday, the fund exceeded $300,000.

“I don’t have an explanation for it. I think it was the perfect storm,” D’Amico told CNN Thursday.

More than 10,000 people have made donations, the Go Fund Me page said.

“We wanted to make sure he was safe, and go from there,” McClure told CNN Thursday. “I remember when we got our first donation, we were like, ‘holy crap.’”

Earlier this month, Bobbitt flashed a wide smile when they told him about the first set of donations amounted to $769.

“God, that’s amazing. Damn, y’all did all that. That is awesome,” he said, stroking that beard in a video McClure took then.

D’Amico told him a lot of people wanted to help him. 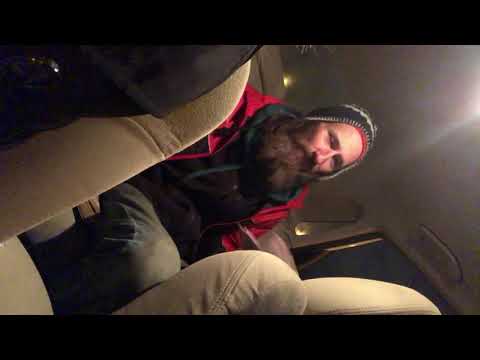 In the video, Bobbitt talked about the kindness of people in Philadelphia.

“People talk about Philly … I have honestly met more good people than bad. I really have,” he said. “Like y’all.”

Bobbitt, a North Carolina native, lived in Missoula, Montana, according to his Facebook page. He studied nursing and was a former paramedic and firefighter. He also served in Marine Corps, according to the page.

On Wednesday night, the couple checked Bobbitt into a hotel. They gave him money for contact lenses and took him to Walmart, where he got some socks.

Mostly, he wanted to just lay in the hotel bed and watch television, D’Amico said.

On Thursday, D’Amico bought Johnny a computer. “He can’t wait to get on a computer,” D’Amico said.

The couple asked Bobbitt what he wanted to do with all the money. Bobbitt was hesitant to say, but he plans to make a video and explain it all, D’Amico said.

“The whole game changed in the last 24 to 48 hours. His expectations changed, and what he wanted to do changed,” D’Amico said. “He has a couple of places in Philadelphia that got him through and got him by. He wants to pay it forward.”